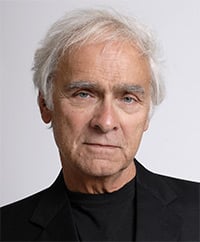 Mike Malloy came to talk radio by serendipity. Writing for CNN in 1987, a friend at an Atlanta radio station told him there was an opening for a weekend talk show host, if working for no pay was acceptable. Malloy gave it a try and decided it was more fun than getting a paycheck. He was hooked. Even better, within a few months he was being paid enough to cover basic necessities like rent, food and beer. But that was a long time ago.

Mike’s radio experience includes two 50,000 watt blow-torches: WSB-AM in Atlanta and WLS-AM in Chicago. In addition, he was one of the original hosts on Air America Radio. In addition to writing and producing for CNN (1984-87) and CNN-International (2000), his professional experience includes newspaper columnist and editor, writer, rock concert producer and occasional actor.

He is the only radio talk show host in America to have received the A.I.R (Achievement in Radio) Award in both Chicago and New York City, the nation’s number three and number one radio markets respectively. However, recently he left talk radio permanently. The medium has become yet another right-wing sewer of lies, distortions, idiocy and is under the firm control of those with a deep desire to commit planetary suicide.

Malloy now produces a two-hour podcast that can be heard online Monday through Friday from 9P until 11P ET at www.mikemalloy.com or via subscriptions available for download at the same website.

Politically, Malloy started as a coalition Democrat. Those days are, of course, long gone. The Democratic Party is now nearly as corrupt as the Republican Party – the Dems just have fewer psychotics in positions of power. As for Malloy, he has evolved to a Sanders Democratic Socialist in the hope that Sanders’ policies can, literally, save the human species from the self-destructive path we are on.

He is married to Kathy Bay (who produces the podcast as well as writing a blog at the website) with whom he has a twelve-year-old daughter. He has an additional five children, all grown, and five grandchildren.