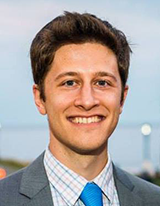 The David Pakman Show (TDPS), originally Midweek Politics with David Pakman, is a multiplatform politics and news talk show airing on radio, television, and the internet, hosted by David Pakman, currently airing on a combination of commercial and public radio stations, including Pacifica Radio stations, on Free Speech TV via DirecTV and DISH Network, on public access television stations nationwide, via internet podcast and on YouTube.

TDPS is a news and political talk program, known for controversial interviews with political and religious extremists, liberal and conservative politicians, and other guests. TDPS has been involved in a number of controversies involving homophobic and racist guests. The program focuses on the politics and news of the day, technology and energy development, business, religion and other topics. TDPS airs on both radio and television affiliates around the US and across the world.

Host David Pakman holds an MBA from Bentley University and an undergraduate degree in economics and communication from the University of Massachusetts-Amherst. He is originally from Buenos Aires, Argentina. Pakman, who started the program at age 21, then the youngest nationally syndicated political host, has been compared to Rachel Maddow, both for his incisive, sometimes sarcastic political analysis and for starting his radio career in the same city as Maddow, Northampton, Massachusetts.