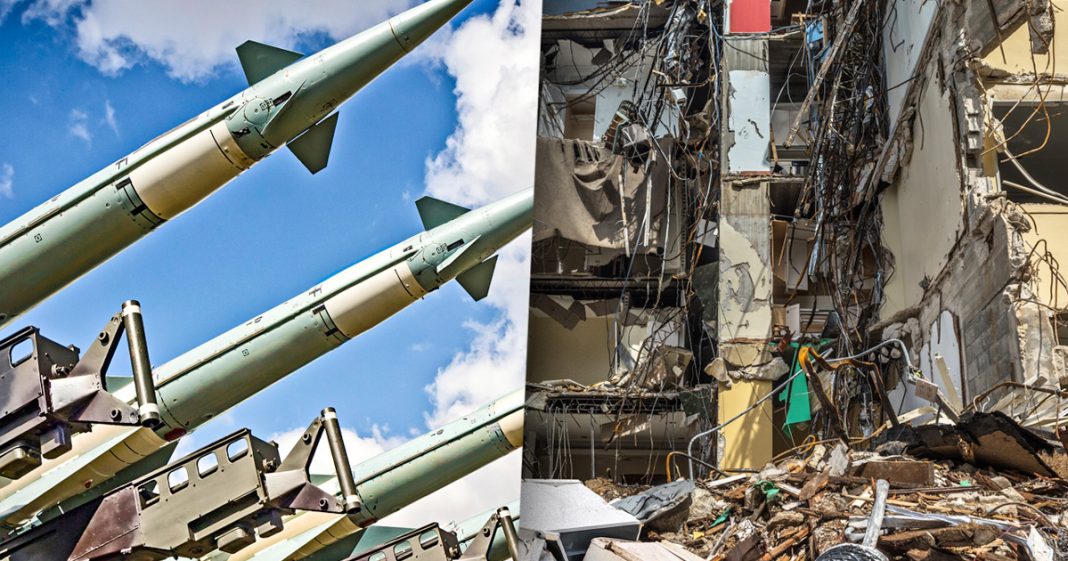 The United States has dropped an average of 46 bombs per day around the globe in the last 20 years. Mike Papantonio & Farron Cousins discuss more.

Mike Papantonio: The United States has dropped an average of 46 bombs every day for the last 20 years. Now, I, I don’t know. This, this, this story showed up in salon.com. Again, no mention of it in corporate media. Why? Because if you turn on MSNBC or you turn on CNN or Fox News, they’re gonna be having you, you’ll see advertisements by Raytheon, advertisements by the big weapons industry. Are you gonna go out and buy a missile? No. Why are they advertising? Why are they going to MSNBC and running all those ads? For access. So nobody will talk about the kind of thing we’re gonna gonna talk about right now. Pick this story up.

Farron Cousins: Yeah. This, this is truly terrifying to think about, but as you said, 46 bombs per day over the last 20 years. And of course a lot of that happened, you know, in the Iraq war and Afghanistan. But it hasn’t ended. Right. We’re not at the point where we’re not dropping any bombs per day now.

Farron Cousins: Bombs get dropped by the United States every single day, not just on average, but every day we’re bombing somebody somewhere for whatever reason they’ve come up with that day.

Mike Papantonio: Okay. Well, what I think is important about this is this report that is supposed to come out regularly. This is supposed to be a regular report, has been stifled what, for 21 months?

Mike Papantonio: Now, who’s been in charge for the last 12 months, at least? Who is in charge? It’s the, it’s the Democrats and it’s the Republicans. They know how important this report is because it gives us an insight into how big our weapons industry has become. Weapons industry in the United States probably is the number one most profitable industry in the United States besides pharmaceuticals. And so right now we start seeing, it’s important that we know that 337,000 bombs and missiles have been released in everywhere from Syria to Yemen, you name it, we’ve dropped them. Nobody’s paid attention to it. We’ve dropped ’em outta drones. But the point, the point to this story, where I landed with this story is it’s, it’s been a big secret. And it wasn’t just the Republicans, it was the Democrats that kept it a big secret. We’re under a siege warfare mentality, and we’re doing it not for national security all the time, but because the weapons industry has such a huge impact on what our politicians do.

Farron Cousins: And, and this this chart here, which I love that came with this story, you know, as I mentioned, obviously we had Iraq. We have Syria, we have Afghanistan and Yemen, which, you know, totally unjustifiable for what we’re doing over there. But there’s also this number right here at the bottom.

Farron Cousins: So not a Iraq, Syria, Afghanistan, or Yemen. The wars.

Mike Papantonio: What are the other countries?

Farron Cousins: Exactly. Where are these bombs being dropped?

Mike Papantonio: This is America’s, we are now the premier weapons maker in the world. And it is be, it’s our economy.

Farron Cousins: And it’s supposed to come out every month, we’re supposed to see how many bombs are being dropped. But look, this, you know, you point out this, this should be the national symbol of the United States. It’s not a bald eagle. It’s this missile right here.