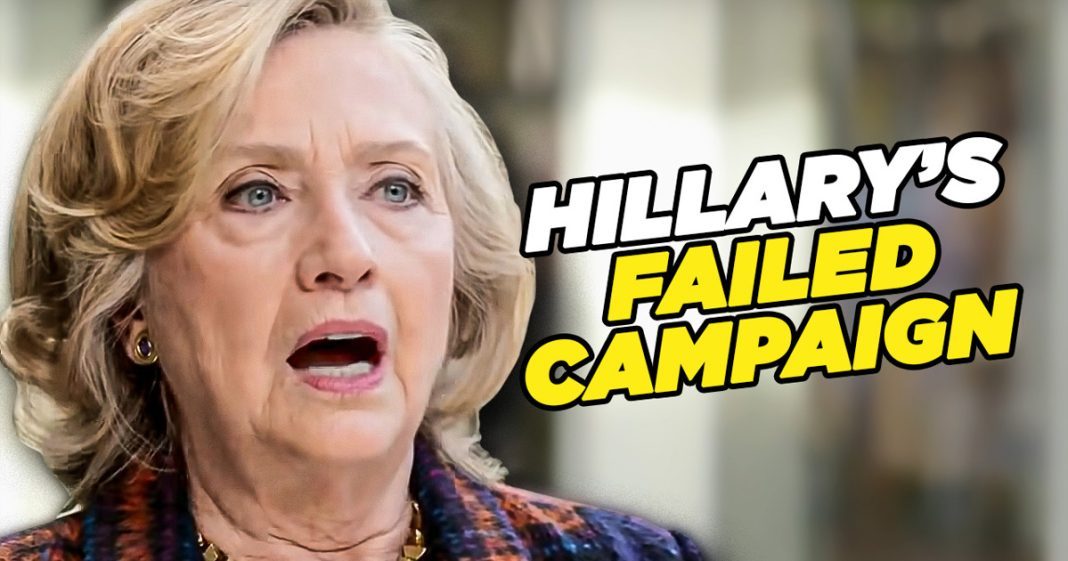 A new study has confirmed that those “Russian Bots” from the 2016 election didn’t have any impact on the election results. Mike Papantonio & Farron Cousins discuss more.

Mike Papantonio: A new study confirmed that those Russian bots from 2016 election, they had no impact on the election at all. Now look, I don’t care how many times we say this. We’re gonna do this show and we’re gonna get all these commenters about, I don’t care if you prove it to them, these folks proved it to them that they said, look, this is ridiculous. There is no connection here. This was a study that was done by New York University, liberal, liberal university. Liberals did this study. And they come out and say what?

Farron Cousins: Uh, the amount of people who even saw these things that these bots were putting out was so small that there is no way, they said it was statistically insignificant, that it would’ve had any impact at all on the 2016 election. And just to your point about, you know, this New York University, the center that put this together.

Farron Cousins: We have interviewed people from there on Ring of Fire.

Farron Cousins: Yeah. And, and, and they also say like, listen, nobody’s saying the bots didn’t exist. The bots were real.

Farron Cousins: Russia did do this. But they were so pathetic and incompetent with it that it had no bearing on the election.

Farron Cousins: It, it served less than 1% of the population on those outlets. And it was only targeted towards people who were already gonna vote for Trump anyway.

Mike Papantonio: Yeah. Yeah. Okay, let’s, okay, so where does all this land? Okay. First of all, this was a great opportunity for Hillary to say I didn’t lose because I was a bad candidate. I lost because Russia spent $175,000 on bad media for us. Okay. Podesta, that idiot who was her campaign manager and Mook, they said, oh, we finally have a reason that we can explain why we lost to this nincompoop Trump. How in the world do you lose to Trump? They had to have a reason. This was it. Media, you, you know, Rachel Maddow used to do, we had a show together on Air America.

Mike Papantonio: I have huge respect. She’s a brilliant woman. But she bought into this hook line and sinker. Her producers, the people that were doing her inter, that were doing her research for her. Every day it was like there was a Russian behind every tree. The Russians were coming to overtake us. The bots are here. We can, democracy can’t live. And I’m watching Rachel, I’m going, what the hell? You know, you know better than this. She’s a Rhodes Scholar.

Mike Papantonio: She knew this was nonsense. But MSNBC, CNN bought into it really in a big way because it was a good story. You know, you know, everybody’s afraid of the Russians coming. But we saw this hysteria develop that ultimately ended up into a Cold War with Russia. I mean, it’s defacto Cold War.

Mike Papantonio: When you have CNN and MSNBC every night saying the Russians caused such panic that Hillary lost.

Farron Cousins: And, and, you know, when you look at Trump out there still saying, oh, the 2020 election was stolen. And, and we all laugh at that and mock it. No, it wasn’t. You’re a sore loser.

Farron Cousins: It’s no different than what they were saying.

Mike Papantonio: We have to, exactly, when these idiot Republicans talk about stolen elections, we have to say, you know, you’re an idiot. There’s no sign that it was stolen. You have to do the same thing here, especially when you have the empirical data that shows it.

Mike Papantonio: We’re still gonna have people that will be commenting on this show. They can’t help themselves. They’re single minded. They don’t want to open their mind to anything else except what they’ve been told again and again. It’s like a child that’s told that Santa Claus is real. At what point do you say, you know, you’re 17 years old? Santa might not be real. Anyway, I love Mark Warner’s, you know, Mark Warner was all over the media when all this has happened. This is a full blown national security risk. We have to do something. The Russians are coming. Mark Warner, Democrat.

Farron Cousins: And, and that’s enough to throw the whole election.

Mike Papantonio: And, and it cost Hillary of the election.

Mike Papantonio: She lost because she was a bad candidate.

Mike Papantonio: She lost because she had bad handlers. She lost to a total idiot, Trump. And in that loss created the worst division and the worst political dysfunction this country’s ever seen because she let that guy into the presidential office.