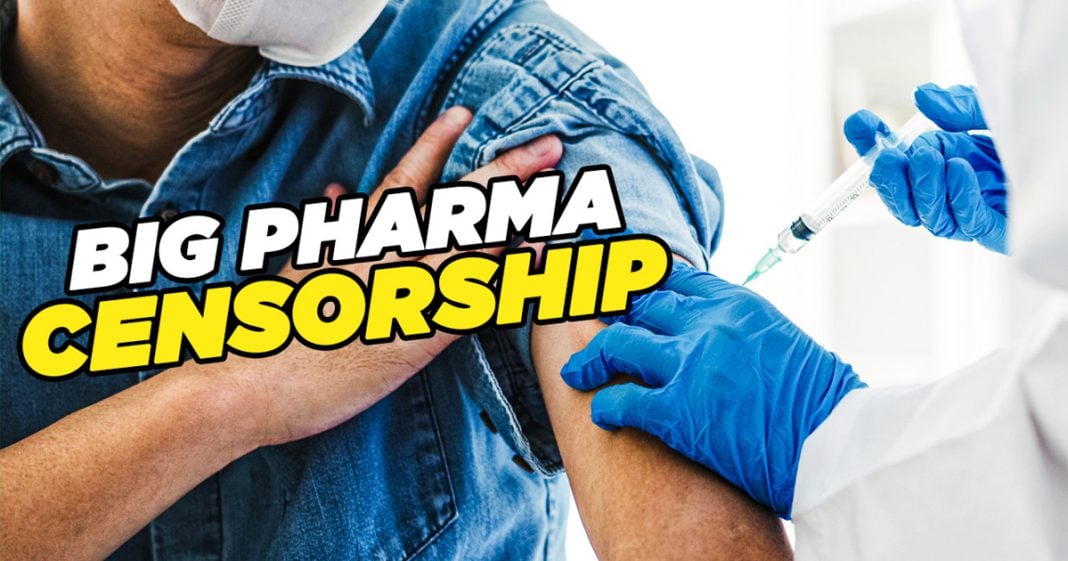 Mike Papantonio: Drug companies tried desperately to get Twitter to block users who wanted poor countries to have access to the COVID vaccine. Ring of Fire’s Farron Cousins joins me now to talk about what’s happening. This is an ugly story, man. I mean the, the 10,000 foot, give it to us. It’s every, every time you hear this story, it’s nauseating to think that corporate America operates like this.

Farron Cousins: Yeah. What, what happened is you had a, a lobbyist for Twitter, who over in Europe was saying, hey, listen, we’re, we’re starting to see a lot of people calling for cheap vaccines, calling for waving the patents so that these poor countries around the world could get the vaccine. Twitter, what we need you to do is we need you to look and, and see how these people are violating your terms of service and get these tweets blocked. You had a lot of hashtags, you know, free the vaccine, things like that going around. So you also had lobbyists from the big pharma companies making these vaccines, Pfizer, BioNTech, Moderna, who jumped on this as well and said, okay, that’s a great idea. We’re gonna start sending Twitter these specific accounts because these people have the audacity to want the world to get vaccinated.

Mike Papantonio: Well, and, and that’s the headline. You had third world countries that said, can’t you please share this with us? Because we have people dying by the thousands. And then the company’s, I love this statement, the statement, their joint statement is, we take social responsibility seriously. That was their joint statement. How dare you, how dare you say we did this awful thing. Well, it, it, the proof is right there. Now we find out that The Intercept did all this work. Again, it’s the same folks. It’s Lee Fang with Intercept, great writer, great source of information. And he, he talks about how these bots were created by the industry. And every time anything would show up on Twitter, Facebook, Instagram, any of them, the bots would go in there and attack. I mean, big numbers of bots would attack. And they would try to give a rationale so why it’s okay for folks in third world countries to die because the American corporation or the European Corporation won’t sell in, won’t share information with them. This story, to me, is just such an indictment of capitalism. I mean, it, it is. Capitalism, you know, I think capitalism works. But when you see this kind of stuff, and again, there’s nothing, no investigation of it.

Mike Papantonio: You will not see this story in corporate media. It’ll show up on, on shows like this. But the truth is, this goes on all the time, doesn’t it?

Farron Cousins: It, it really does. And what is concerning here, you know, obviously with all of the releases of the Twitter files, we’ve seen, you know, the, the partisan stuff come out. We’ve heard reports of, you know, liberals being silenced, conservatives being silenced. This goes beyond that. This transcends left or right politics. And that is what people need to understand. Because that is, as, as we’ve talked about for years here on this show, that’s the slippery slope. Because if you’re okay with it, oh, well, it’s okay if it happens to this people, because I’m not this people. It’s gonna come eventually. And this is a absolutely horrendous continuation.

Mike Papantonio: This story would’ve never been told and Jack Dorsey would’ve gotten away with this again, with all the crap he did to try to censor Twitter. This story never would’ve come out if Elon Musk had not said, you know what, I’m gonna open my files. I want you to see what dirty freaks were running Twitter. The freaks that were running, at least my organization, I can show you. Those same things were going on with Facebook and all social media. But had, had he not done that, we wouldn’t know this story.

Farron Cousins: Well, and, and also huge credit, as you mentioned to Lee Fang here, because he had to go searching through this.

Farron Cousins: It was not laid out for him. He had to find all of this specific info, put the pieces together, and came up with this remarkable story.

Mike Papantonio: Do you think Jack Dorsey would have released this information?