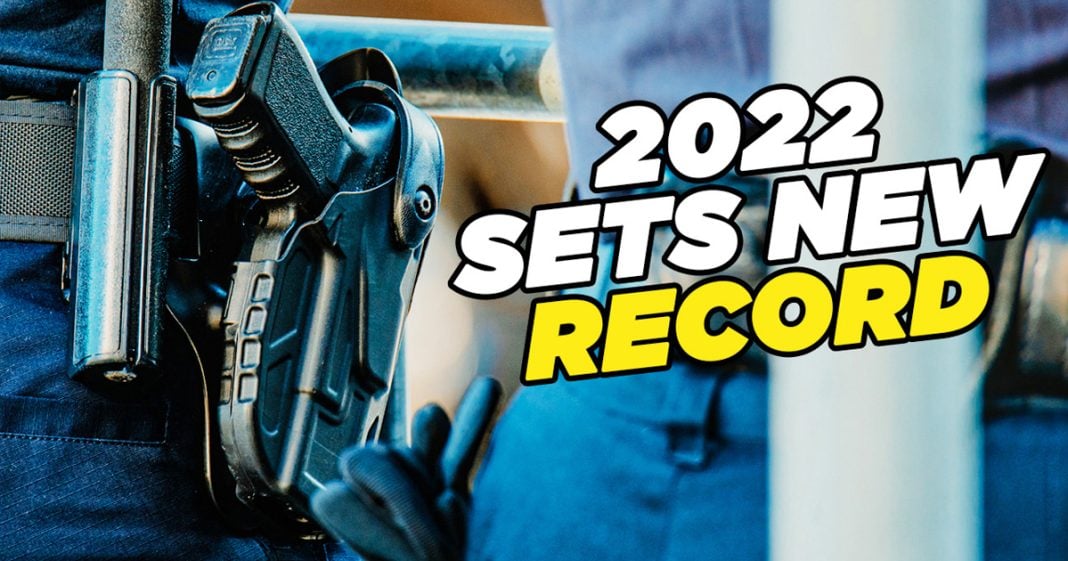 Mike Papantonio: New data shows that American police officers killed more than a thousand civilians just last year, a record high for law enforcement. This case, this case, I mean, this story came out in Truthout, go ahead and pick it up.

Farron Cousins: Yeah. So what we’re looking at is 1,176 people in the year 2022 killed by police officers. Some of them, about a third of them were involved in violent situations. So those are situations where the suspect may be pointing a gun at the police officer, could be in the process of attacking them.

Farron Cousins: So as unfortunate as those are, those are situations where it would be classified as provoked.

Farron Cousins: What concerns me is the number of times that individuals were shot and killed during wellness checks, during a mental health call.

Farron Cousins: Those are situations where police officers should not be the ones to respond. And to me, that, that, that’s the problem here.

Mike Papantonio: Well, they, in Europe for example, they have special people that go out and respond to that kind of thing.

Farron Cousins: Or we could send the, the firefighters out there, especially if it’s somebody who’s clearly having a mental health crisis, they don’t know where they are, who they are. A armed police officer should not approach that individual. It’s gonna make the situation worse as we’ve seen.

Mike Papantonio: Okay. There, there, there’s another side to it and that side is, if you just do a little bit of research on it, you see that there is a, there’s an angst that has been as bad as it’s ever been with police officers nowadays. I mean, the fear, I mean, it’s just abject fear. They see the stories where you’re sitting in your police car and somebody comes up and shoots you. Standing on the street, somebody comes up and shoots you behind. These are real stories. I mean, if you follow the news, just all you gotta do is headlines, headlines, headlines.

Farron Cousins: We had one right down the road here, not long ago.

Mike Papantonio: Exactly. So the numbers, what’s causing this angst has to do with the numbers. I mean, that’s what the police unions are saying. They say, look, we had 2,400 victims, police officers that were shot, they were shot, some of them were killed. We had 1,100 victims of knife attacks and club attacks that took place. And what that’s doing is it’s putting the police officer in a heightened sense of protection. That’s, this is what they’re saying and they’re, they’ve got pretty good, they’ve got pretty good data to show it. But it’s, it’s, it’s way beyond that. I think a lot of it has to do with basic training. If we have, this is the reality, then we have to train around that reality, don’t we?

Farron Cousins: We, we need better deescalation tactics with these police officers. And that’s something we, you and I have talked about for well over a decade, because we have plenty of cops who are more than willing to go out there, shoot first, ask questions later. We’ve got plenty of cops who are also reluctant to do it and end up in a situation where they have no choice. We have to also understand that’s a reality.

Farron Cousins: This is a uniquely American phenomenon. And part of the reason too that we do see the cops so fearful these days is because with the prevalence of guns.

Mike Papantonio: Yeah. Well, they are fearful because of that. I mean.

Mike Papantonio: Yeah. They, they don’t, a policeman in, in say the UK, these numbers don’t look like this in the UK.

Mike Papantonio: I mean, 2,400 police victims shot, you know, not, not all of ’em killed, but shot in the, in the process of making an arrest, 1,100 of knife attacks and club attacks. So that heightens, I guess, sense of fear. I mean, I, I can see that. It, it, it has to play into there. But then your point I think is, okay, we, we know that’s a reality, so let’s adjust to it and let’s train around that, that kind of.

Farron Cousins: Well, and look, if you talk to these police unions, you’re not gonna find bigger supporters of gun control in the United States.

Farron Cousins: Than these groups.

Farron Cousins: Because they understand they are on the front lines and they do see the real danger that everybody having a gun poses to society. And as you showed there with the numbers too, they’re on the other side of it as well.