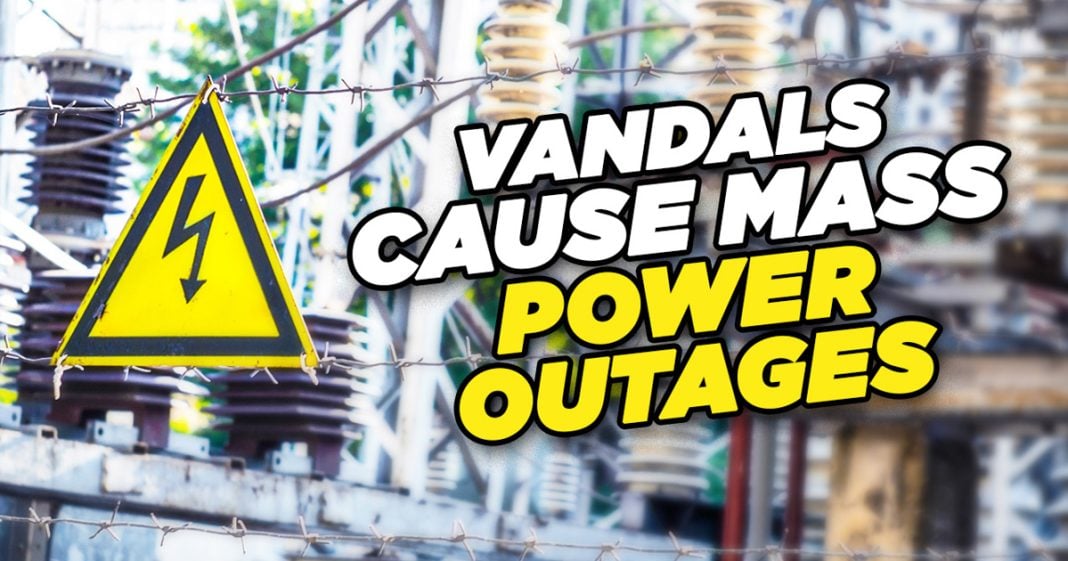 There have been multiple attacks on power stations across the country in recent months, and the corporate media couldn’t care less. Mike Papantonio & Farron Cousins discuss more.

Mike Papantonio: There have been multiple attacks on power stations across the country in recent months and the corporate media, it’s almost like they could not care less. Are you seeing any stories about it? I’ll see a story, well, the weather got so bad and the grid, the grid collapsed. Here’s the truth about this story. In this case, give us the case and then let’s talk about it.

Mike Papantonio: What was $3 million worth of damages or something like that? Yeah.

Farron Cousins: Yeah, to the, so now they’re both facing possibly up to 20 years in prison, just to take a little bit of cash out of a register there. But it does underscore the bigger problem. We have seen half a dozen attacks in the last month and a half. This is becoming a very serious problem.

Mike Papantonio: We’ve been, we’ve been doing this story for five years, Farron. We have, we started doing this story long time ago. And this is what people don’t understand. First of all, in most countries, the state or government owns the power grid. In this situation, we’ve given it to private industry. And because we’ve given it to private industry, corporations, you have folks like NextEra are the biggest corporations on the planet that are saying, gee wiz, you know, we don’t wanna spend money to upgrade the grid. Why should we? So it’s in, it’s in, it’s in disarray. They need to take and build infrastructures. But the private corporation wants to pay dividends. They wanna buy stock back. Why should they rebuild infrastructure? This isn’t something private corporations ought to be doing. And so right now, here, here’s how bad it is. There are 50, these numbers are crazy, but there are 50,000 key transformers in the country. Okay. Under this grid. If you take 10 of those key out, of those key transformers out, the entire grid system collapses.

Farron Cousins: And, and I’m sure most people have seen, you know, driving through your cities or, you know, traveling on the roads, you’ll see these little substations. And usually what kind of protection do they have? There is a chainlink fence around the little power substation. So if you can overcome a chainlink fence, you can knock out a power to an entire city in a matter of minutes. And of course, what we’ve seen so far has been a couple of, you know, radicals all the way from Washington to North Carolina attacking these grids. But if we have people that want to do real harm, people that are competent criminals, I guess, or terrorists.

Farron Cousins: They could knock out the power to this country in a heartbeat and we’d be powerless to stop it.

Mike Papantonio: No question. Now, the real question in my mind, it’s not a question in my mind because we’ve done the other side of it. The reason the media doesn’t report it, the reason corporate media doesn’t report it, take a look at the advertising. It’s gonna come from the big power companies, whether it’s local, whether it’s regional, or whether it’s national. The big power companies are a big part of the local television programming. So they’re not gonna say, you know, we’ve got Florida Power and Light and their disaster. The grid system’s a mess. We’ve got NextEra that owns Florida Power and Light. Maybe they should pay better attention to the grid system. You don’t see it. It all comes down, down to the dysfunctional nature of corporate media. Advertisers drive it and politics drive it. And otherwise, you’re not gonna see a story like this. Go turn through the, turn through the stations today, see how many times they’re talking about, it wasn’t just about these, these nut jobs that were breaking in and trying to rob stores. It’s about the power grid in general.

Farron Cousins: Well, you know what, that is a great point because when you watch tv, especially local tv, you know, your local ABC, NBC, CBS, Fox, you see commercials for the power companies.

Farron Cousins: All the time. And you have to start thinking to yourself, wait a minute, I don’t have a choice. Why are they advertising to me? I already, they’re the only ones here. So if I want electricity, I have to go to them. It’s not because they’re trying to get you to buy the product, it’s because they’re paying off the media.

Mike Papantonio: That’s a great, that is a great angle. It’s the same way with weapons industry with McDonnell. Well, you know, Raytheon goes on and they’re talking about their, their patriot missile, or whatever the missile of the day is. Am I gonna go buy a missile? Why, why is Raytheon up there? They’re trying to buy access to the media. That’s what it’s all about. Same, same things happened here.