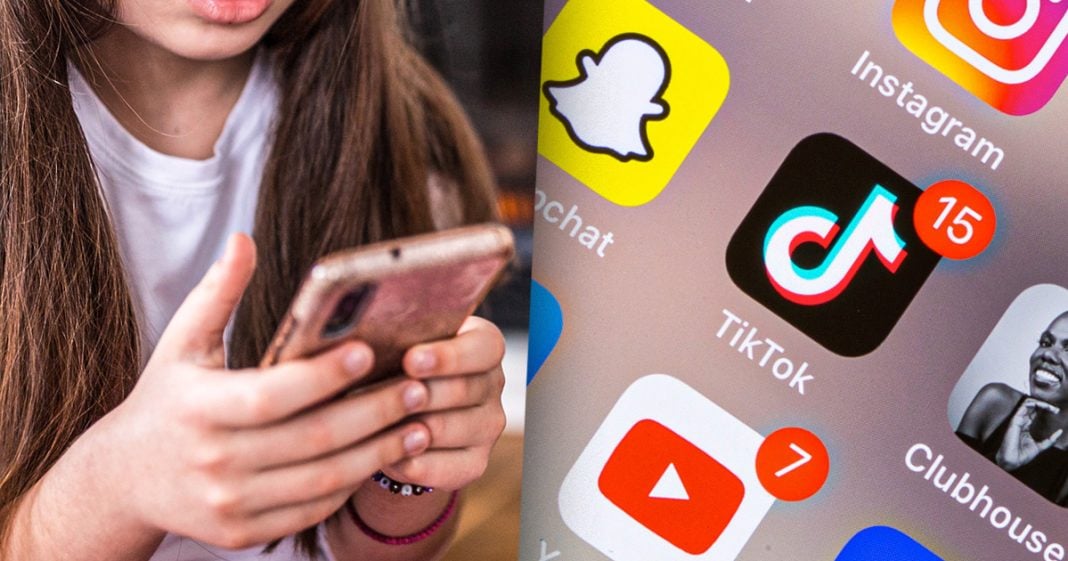 A study from North Carolina has found that social media use could be impacting brain development in children and young teens. Mike Papantonio & Farron Cousins discuss more.

Mike Papantonio: A study from North Carolina has found that social media could be impacting the brain development in children and teens. The studies are compelling. Ring of Fire’s Farron Cousins joins me not to talk more about it. Farron, as you know, lawsuits are now being brought. This, the school, school district in Washington State brought a lawsuit against the tech companies for this very thing. And here’s what’s important about that. That’s showing and, and I, we’ve been asked to do the same thing, full disclosure. The, the, the reason that’s important is because the science is so compelling right now. This isn’t guesswork. This is objective findings on MRIs, PET scans, those types of things. Pick it up.

Farron Cousins: Yeah. That, that is what is really interesting about this particular study out of North Carolina, is it’s not just, oh, we’re surveying these children finding, they did brain scans while showing these children things from social media and, and the evidence is just overwhelming. What they see is that these children who are checking social media, some of them report checking it at least once per hour. They’re becoming what they call hyper sensitive.

Farron Cousins: Which means they’re stuck in these confirmation loops online where I need the dopamine.

Mike Papantonio: You, you hit it on the head. They’re actually seeing dopamine uptakes. And what it’s about is it’s, and it’s one thing, in other words, if you have something as objective as an MRI, when you can see biological changes taking place in the brain connected to a particular event, it’s pretty compelling stuff. The same way with PET scans. And what they’re finding is that we, we’re creating an entire generation that’s so dependent on acceptance by their peers. They have to have acceptance. Some of these folks that spend their entire day commenting, they’ll watch something and they’ll comment. And if you start, and so, and this is another thing they’re seeing with kids, that the tendency to have to go on and comment about everything because they want to go back and see what the reaction to those comments were. It, it’s almost like a reward system, a reinforcement that I’m okay. What I’m saying is good. People like me. People accept me. This is really scary stuff.

Farron Cousins: It, it’s, to me, the, when I read this study, what I looked at it as, as the same as a drug addiction. You know, you have these young individuals who, like the study says they cannot handle real world feedback anymore. They can’t handle criticism, they can’t handle any of the daily social pressures. So what they do is they turn to this thing. They go to social media, they get that dopamine, and it makes everything better just like a drug addict, you know.

Farron Cousins: I can’t handle the stress of my job. I gotta have a drink. And you have that drink and your brain releases the dopamine. You get the reward. And that is what we’re seeing. It, it, it’s a generation of addicts.

Farron Cousins: Is what have been created here.

Mike Papantonio: Yeah. Sometimes our staff has fun around here. We’ll get somebody that’ll comment on a, may, make a comment. Well, they’re looking to see who agrees with me. When you go back there and really jolt them and really hammer them, they disappear. Typically, they’ll unsubscribe, they’ll go somewhere else, which is fine. I mean, great. Goodbye. But the point being is there’s something about that. They want to put the comment up there and they wanna say, are you with me or are you against me? And you’ll see them, you’ll see them slip that in there. And they’re, what it is, is they’re constantly going back and saying, what are my peers thinking me about this money? It is a, it’s a biological change that is driven by dopamine kind of chemistry in the brain.

Farron Cousins: Yeah. And, and you know, we tell our kids growing up, I know I was told, I’m sure you were told, don’t worry about what other people think. You be yourself. You go out there and you do your best. And now we have a generation, and I hate to sound like, you know, a crotchety old man at this point.

Mike Papantonio: Yeah. You’re not. I mean, every time we talk about this, somebody’s like, oh, you’re a crotchety old man on the front yard telling the kids go play somewhere. No, this is real stuff developing.

Farron Cousins: But we have parents that are, you know, borderline neglectful and they’re letting social media raise the children.

Farron Cousins: That, this is not okay.

Farron Cousins: And it’s harming the children’s brain development is what we’re finding.

Mike Papantonio: It’s, it’s doing big damage. And the lawsuits, you’re gonna see, we’re gonna find a lot more. Here’s what here, I, I make this prediction based on what I’ve ever saw, I’ve already seen. Okay. They’re, they’re gonna see documents to where the industry understands that. The industry plays that. How do we get that person in a corner to where what they’re really coming to look for is social acceptance. That’s really what they want. There it, it creates, it, it creates suicide issues, creates bullying issues, creates all types of physical and mental issues for these kids. And so the documents are gonna show that. The, I think this is a lay down lawsuit, if you want to know the truth. The only question, the only thing that interferes with this lawsuit is 230. You know that segment?

Mike Papantonio: Section 230. The difference of that, of, of that section where it comes to the analysis of this lawsuit, 230 is a protection for the, for the platform when a third party comes in and puts something up. You, they say, well, you can’t sue the platform for that third party. Here, the platform itself is the target. The platform itself is creating the issue. This is potentially a huge lawsuit. The, the, the tech companies better get ready for it.