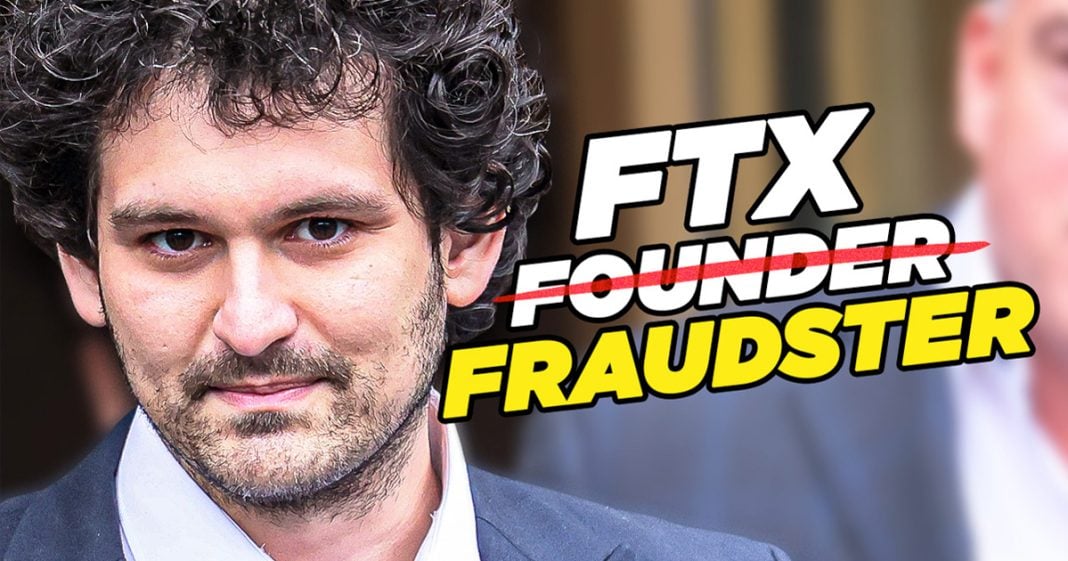 The family of the recently-arrested FTX founder is now under scrutiny for their roles in the business. Mike Papantonio & Farron Cousins discuss more.

Mike Papantonio: The family of the recently arrested FTX founder is now under scrutiny for their roles in the business. I don’t know that they get out of this without some real, real tough questions being asked. The parents in this situa, in this, in this case, I mean, Joseph Bankman. Okay. Joseph Bankman is a nationally renowned tax expert who, who’s a lawyer, teaches tax law at Stanford University. He was an employee of this business for 11 months. They’re paying daddy this money. Mommy, Barbara Fried is taking the money and she’s putting it into all of these Democrat, you know, money raise organizations. What is it, mind gap?

Mike Papantonio: Mind the Gap was one of ’em. But there were many others.

Mike Papantonio: So she’s taken all this money that’s just rolling in from everywhere. Everybody’s saying, where the hell’s this money coming from? Moreover, what is this business? We don’t even understand the business. Everybody’s asking questions about it. Even the Fed, as dysfunctional as they are, they have enough sense to say, what is this thing, this being done here? We don’t even understand it. So mommy and daddy, I don’t know how they just walk away from this. They’ve lawyered up, by the way.

Farron Cousins: Yeah. Especially the dad in this case because like you said, he was a paid employee. He was going down to The Bahamas at least once, oftentimes twice a month, down to the company’s headquarters. He’s the one who got his son all the lawyers that he needed. It, it, it’s very difficult to convince me that he wasn’t aware of at least some of what was going on. I mean, you are the tax guy. You’re the legal guy, and all of this is happening under your nose that your own son is doing.

Farron Cousins: And you have no idea. I, I find that hard to believe. So he, he needs good lawyers, obviously much better than what he is because the entire family, even the brother is linked to this. The brother’s getting money and he’s using it for his pandemic, you know, preparedness group.

Mike Papantonio: Here, here’s what really, really bothers me about this. They’re, all the writing was on the wall. You remember the Lianbo Wang fraud? It was a huge fraud. Robert Brockman fraud. Now, the reason those frauds were ignored was because, and the Bernie Madoff fraud to some degree also the same kind of analysis, because all of this money was moving into a political entity. So even though all of the red lights were going off, even though the White House was being told by their own, their own staff, something’s wrong with this guy. Something’s wrong with what’s happening, but they’re taking the money just like it’s okay. And, and allowing it to happen. The regulators weren’t involved. Fortunately, you had one guy who had enough courage to say, whoa, whoa, whoa, whoa. I, you know, White House, you might put up with it. Feds, you might put up with it. I’m not gonna put up with it and goes after him.

Farron Cousins: Well, and, and he, Bankman-Fried, goes to Congress just a couple months ago.

Farron Cousins: Swears to them, hey, no, everything’s great. We don’t need to regulate the crypto industry. Just let us keep doing what we’re doing. Of course, he’s paying tons of money for lobbyists.

Farron Cousins: Giving tons of money to politicians. At the time, Democrats were in power, so that’s where all that money’s going. But he also, right before the election, I think when he saw, oh God, Republicans are gonna get it, writes a big ol’ check to Republicans because he’s really not a party guy. He just says, who do I need to pay off?

Mike Papantonio: Exactly. Mommy, daddy, who do I pay off? That’s kinda what happens here. But, okay. Has the money been returned?

Farron Cousins: Uh, not all of it.

Mike Papantonio: I’m not seeing it.

Farron Cousins: There’s far too many that are still sitting there on their FTX money.

Mike Papantonio: All, all I can do is tell mommy and daddy lawyer up if you haven’t already. And apparently there are, already are.