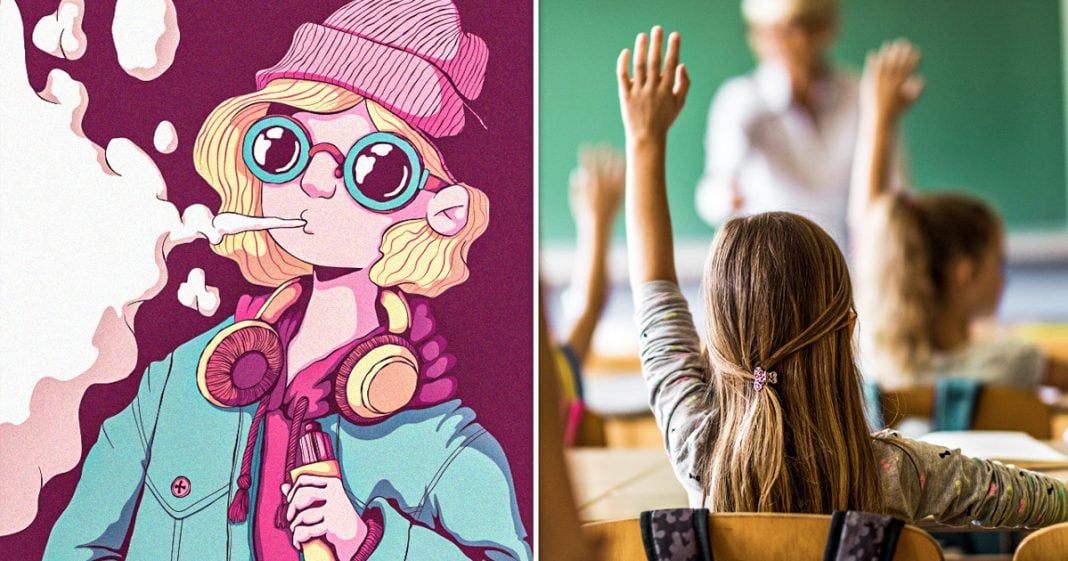 The FDA has ordered Juul e-cigarettes to be pulled off the market after they determined the company lied about their products. Mike Papantonio is joined by journalist & podcast host, Rick Outzen, to discuss. Then, America is facing a nation-wide teacher shortage after years of treating the profession as a glorified baby sitting service. Mike Papantonio & Farron Cousins discuss more.

Click here to find out more about the JUUL ban.

Mike Papantonio:             Joining me to talk about this is Rick Outzen, editor and publisher and owner of independent news. Rick, I looked at this story and, you know, there really are no surprises here, are there?

Rick Outzen:                          Well, they were, you know, they, we know they targeted high schoolers. They were going after, they created fruit flavor, mint flavored. This time they were coming back to the FDA and to say maybe we could get by, by with tobacco flavored e-cigarettes and again, that got rejected. Same issue as before. They have no scientific data showing that it will not cause harm. They didn’t do any of the studies they’re supposed to do. Now, and remember, one time this company had almost 55% of the e-cigarette market here, which is a $9 billion business.

Mike Papantonio:             Well, you know, as you know, this law firm started the case against the tobacco industry. And so we, we had a chance to look at all the documents. We, we took a look at the fact that these are companies that have no moral compass.

Mike Papantonio:             What they’re really trying to do with the e-cigarette thing is simply create another generation of folks that are addicted to nicotine. Now, you know, the, the people hearing this, the, the, that the loyalty is insane. The people who are e-cigarette lovers are insane about this product.

Mike Papantonio:             You can give them all the information that’s out there about how dangerous it is, how the diseases it causes. You can give them all the information about how the company’s lying to them about being safe. Doesn’t make any difference. If they’re an e-cigarette user, they say, well, you know what? It got me off of cigarettes. I’m gonna stick with it. You know, I can’t, I can’t do anything else. So I gotta go to e-cigarettes. You cannot talk a vapor out of not vaping, no matter what you show that person.

Mike Papantonio:             The documents show that this is an industry that understands they had to back off with straight cigarettes. So what they’re trying to do now is get an entire new generation hooked on, hooked on nicotine. They can put, they make it goofy grape taste. Oli oli orange taste, whatever they want to do. And they seem to get away with it around the world. At least we’re, we’re, we’re cutting they’re cutting legs out from underneath them a little bit. We’re gonna hammer ’em in this lawsuit. I promise you.

Mike Papantonio:             America’s facing a nationwide teacher shortage after years of treating the profession as a glorified babysitting operation. Yeah, it is mass exodus. It’s getting to where now the only thing that we have, the only thing people are, are doing and, and, and this is a huge problem. The folks that can afford it are putting their kids in private schools where they actually pay decent wages. And there are benefits to the teachers and they’re not babysitting because they can kick ’em out if they’re a problem. That’s not the case in public schools. So it’s the demise of public schools that we’re talking about here, right?

Farron Cousins:                  Right. And I think a lot of people want to immediately attribute this nationwide teacher shortage to this, you know, attack on teachers we’ve seen from the last year. And sure that, that plays a role in it. But let’s understand something. This exodus of teachers did not just start within the last 12 months.

Farron Cousins:                  This is something that has been steadily happening for over a decade now. And part of it has to do with the shift in how parents view the teachers themselves.

Farron Cousins:                  You know, 20 years ago, your kids coming home with bad grades, you get onto the kid, you take away whatever it is, you ground them until their grades come up. Now what happens is that those same parents go marching into that school, file a complaint against the teacher because they gave my kid an F.

Mike Papantonio:             And the parent spends no time at home, actually helping them on their, on their homework. Spends no time trying to hit, you know, trying to help that kid with ADD or whatever it may be he’s suffering from. But they’re dropped off. Your, your wife is a teacher, right?

Farron Cousins:                  I, I personally spend a couple hundred dollars every month sending supplies, not just to my wife’s classroom, but some of her other teachers there will, will email me, like I need a, a box of paper, which you can order online for $40, but they can’t afford it. So I, I’ll buy them a box of paper. I buy them printer cartridges for their printers because the school can’t afford to do it. And that’s what these teachers are going through. And again, as you said, I know this personally, I deal with this every single day.

Farron Cousins:                  And yeah, the attack on teachers right now is bad. But folks, there is a lot more happening than just, you know, oh, you teachers can’t do this or that. No, these people have been attacked for decades now and education is suffering because of it.