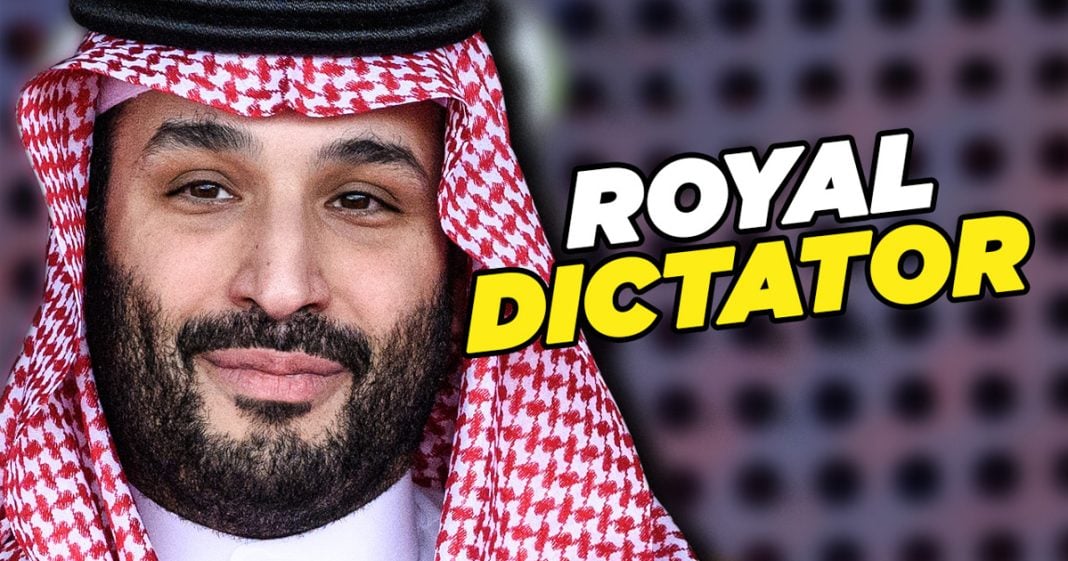 Saudi Arabia is setting a new record this year by beheading more alleged criminals than ever. Also, Saudi Arabia was paying a pair of Twitter employees to hand over personal data of people who were critical of the regime. Mike Papantonio & Farron Cousins discuss more.

Farron Cousins:                  Well, yeah. And, and you know, this is again, one of the biggest human, human rights abusers on the planet and we’ve known this for decades. Every administration, you know, for the last, well, pretty much my entire life has said, we’re okay with your human rights abuses. You have that thing we love so much, oil, so we’re not gonna call you out for any of this. And we have 120 people that have lost their heads in Saudi Arabia so far this year in just the first six months. And it’s for things like participating in pro democracy.

Mike Papantonio:             41 people beheaded for participating in democratic types of protests, 37 for non-violent events to where the government won’t even release what they beheaded that person for. These are the same people that Biden called ruthless pariah. It’s this psycho, it’s this psycho self appointed, unstable prince that’s in charge of everything. And, and this is, this is what we’re agreeing. Yeah, this is a good idea. Let’s, let’s give him $23 billion in weapons. Now you talked about oil. You, you’ve done some great stories, where you said it’s not really just about oil. It’s also about the weapons industry. That’s where the big money is here. When we send $23 billion to say, look, we’re gonna send you all the, the people who make the money on that is people like Raytheon.

Mike Papantonio:             You know, they, they, they love this. They, they don’t mind that this guy’s a ruthless psychopathic killer, do they?

Farron Cousins:                  No. No, absolutely not. In fact that, that works a little bit in their favor because they know, okay, this guy’s unstable. He’s gonna go attack everybody he can out there. The more missiles he uses, the more he has to come back and beg us to buy from us.

Farron Cousins:                  So we continue to make money. So we’ll look the other way when you line up 30 people who were protesting, because they want actual rights in their country.

Mike Papantonio:             But how, how do you go from saying these are ruthless pariah to say, okay, ruthless pariah, we know you’re psychopaths. We know Israel is right next door. We see what you’re doing in Yemen. You are just leveling Yemen. But we’re gonna give you more, not defensive weapons, these are aggressive attack kinds of weapons. This is a story I go, you see in the, you see in corporate media? No, of course not because MSNBC, CNN, you look at their, their, their shows at night, they’re advertising Raytheon. Like, you know, let’s go buy a missile. You tell me. All that is is they’re buying access to MSNBC’s talking heads. That’s why they put all those war pimps on there. People who would go to war with entire world if we let ’em.

Mike Papantonio:             Saudi Arabia’s been paying a pair of Twitter employees to hand over personal data of people who are critical of the regime. Ring of Fire’s Farron Cousins joins me to talk about what’s happening. Farron, we just did a story on the fact that this year Saudi Arabia has already beheaded 120 people. And we know from that report that 37 or somewhere around 37 to 40 were beheaded because of political protest. So, Ahmad Abouammo comes in, he’s working for the Royal family. Tell us, tell the viewers what he did.

Farron Cousins:                  Yeah. He’s of course now been convicted by a jury, but he was working at Twitter 2014, 2015, and as part of his, you know, job there, he had access to the personal data of people and their accounts. So the Saudi Royal family approaches him, along with another individual working at Twitter, who was a Saudi citizen, says, how about we give you some money? We got a lot of people on Twitter that are criticizing our regime over here. So we’ll give you a hundred thousand dollars. Here’s a $40,000 watch. You give us their personal data so we know who these people are that are saying we’re a bunch of bad people running the country.

Mike Papantonio:             And his defense at trial for the defense lawyer really made this argument, judge, ladies and gentlemen of the jury, that was just pocket change for Saudi. Lit, literally made that argument. So, obviously his partner, we only know one of them. We think there’s certainly more.

Mike Papantonio:             But one of them flees, okay, this guy was released on bail. So what do you think of the chances of him being around? Now, the way I see this is one hell of a lawsuit against Twitter. This is a, this is a strong lawsuit. Any people who can tie up the fact that their information was leaked to the Saudi family, I just think it’s a, it’s a killer lawsuit.

Farron Cousins:                  Well, well, yeah, and I mean, speaking of killers, as you mentioned, Saudi Arabia beheads people critical of the regime. We talked about that story last week. We have seen it all over the news. Well, not as much as we should, but there is no telling how many of these people that this guy turned in.