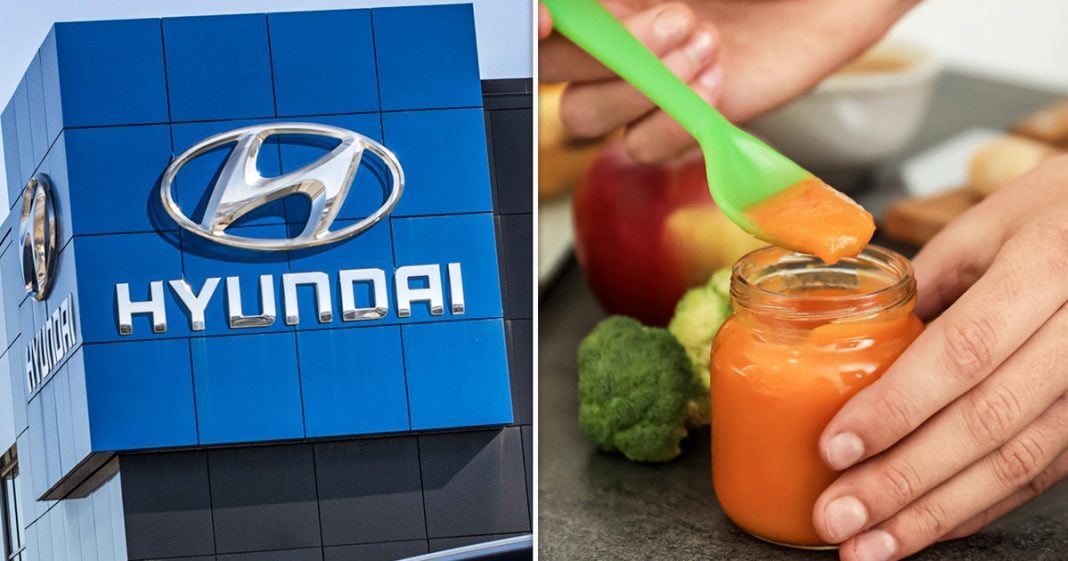 Dozens of child laborers were found working in a metal plant in the state of Alabama. Plus, a new study has found that almost all of the baby foods sold in America contain dangerous levels of toxic heavy metals. Mike Papantonio & Farron Cousins discuss more.

Click here to find out more about baby food lawsuits.

Mike Papantonio:             Dozens of child laborers were found working in, in a metal plant in the state of Alabama. Well, it’s 50. I mean, you know, at least 50 and if it’s, if they found 50, there’s probably 300. This is such a victory for the US Chamber of Commerce, isn’t it? Don’t you see them high fiving, drinking champagne, by God, we’re bringing in all of these child labors from Guatemala, Nicaragua, Mexico. They’re coming over the border in droves. If they lose an arm, no problem. We’re gonna ship ’em back to Guatemala. If they lose their life, we’ll ship the body back. There’s no worker’s compensation for these people. There’s no social security for these people. All of them are working minimum wage. But this on top of that, it’s child labor. It is child slavery that’s taken place. And the US Chamber of Commerce, this is exactly what they wanted.

Farron Cousins:                  Exactly. And, and to me, this is also a media story. How many times have you seen this story other than published right here in Business Insider? You know, I, I happen to come across it on a message board, somebody posted it there, but beyond that, it hasn’t been covered as far as I’ve known on any cable news outlet. I haven’t seen other people on YouTube talking about this. We’re talking about child labor.

Farron Cousins:                  Some under the age of 10 years old in Alabama. This isn’t happening in Sipan. It’s not happening South of our border or over in the diamond mines in Africa. It’s happening.

Mike Papantonio:             That’s why the reporting from the media is it’s a story of compassion. The media reports are, oh, these poor people. We have to let ’em in because they want a better life. What the, the better life comes for the CEOs of corporations who do this, who say, yeah, we’re gonna, we’re gonna get away with as much as we can. The better life is for the US Chamber of Commerce. Why doesn’t the media talk about the truth? This ain’t about compassion. It’s about cheap labor. We used to have to ship, what we’ve had to do in the past is ship jobs overseas, right? For ship, for cheap labor. Not anymore. Now we’re shipping, we’re, we’re shipping the cheap labor into the country and nobody seems to put this together. And we, we handle these cases. We see it all the time worker comes in, they’re blinded by some chemical. Ship ’em back home. They don’t have any rights.

Farron Cousins:                  Well, and, and what’s really telling about this story too, is, you know, these children are working in this metal stamping facility. So it, it’s not even a safe job to begin with.

Farron Cousins:                  And these are parts that go to the local Hyundai plant right outside of Montgomery, Alabama. And Hyundai, of course, that’s a huge advertiser. It’s a huge advertiser in print media. Huge advertiser in, you know, linear media. So of course we can’t talk about Hyundai using a plant with child labor in Alabama. And so it is just failures across the board. But as you said, it’s exactly what the Chamber of Commerce wants. This is why we never see real movement on the immigration issue, no matter who’s in charge, because the corporations are really in charge and this is what they want across the country.

Mike Papantonio:             A new study has found that almost all of the baby foods sold in America contain dangerous levels of toxic heavy metals and the FDA has known about this for at least 10 to 12 years, and they have slow walked it. And as they slow walk it, we have children who are suffering brain damage from the heavy metals that are in their, in their baby, in their cereal, in their rice cereal and in their baby food as a rule, arsenic, mercury.

Farron Cousins:                  Right. And, and, you know, just to kind of point out to folks too here, you and I have been talking about this specific story for years and years and years, because this is not the first study to come out. This is just a follow up on everything that’s already happened. And I’m still waiting for the corporate media to come out and actually address this as the serious health issue that it is. They won’t do it. Baby food is one of the top advertisers.

Mike Papantonio:             See the pharma ad, hey, you need this. Oh, by the way, it might kill you, but you want to take it anyway. Oh, by the way, you need this baby food. No mention of anything having to do with arsenic, lead, mercury, cadmium that’s, that is causing really, really neuro, real neuro, neurological damage. It’s not guesswork there’s epidemiology. There are people who’ve studied this over a period of time. They’re, they can track a child from the time that they’re born to the time they’re eight years old and they can figure out what’s the neurological damage. They can trace it back and they can say, well, might have to do with baby food. And those studies are all over the place right now.

Farron Cousins:                  Right. And what’s even more terrifying here is that this is 94%, at least of all of the products tested. So this includes your big brands, you know, your Beech-Nut, Gerber, and those, but it also includes the ones that claim to be, oh, we’re totally organic. We’re the safe baby food. All of those just as dangerous. And the, even worse is when people say, okay, well, I’m gonna make my own baby food. I’m gonna get the food processor and the puree. Well, guess what? Same thing there, because it’s the same ingredients. It’s the food supply itself.

Mike Papantonio:             And what’s happening is that you, do you recall the wine case I’ve brought out in California.

Mike Papantonio:             That was dismissed. The wine is so contaminated with arsenic in parts of California that the, the levels, now adults are not affected as much as children are. So it’s less of a physical problem, but if you’re drinking wine and you’re taking in arsenic and cadmium every day, that’s not a good thing. There was such an outcry about that lawsuit that we brought the media jump behind the wine industry. Oh, how dare, how dare you consider this being a problem? What we found out is the soil that’s been used again and again, and again, there’s a way to deal with it. You scrape the soil, you put new soil in, and that solves part of the problem. But the, the cheaper way to do it is just let the soil remain decade after decade. And that’s what’s happening with baby food right now, or the, the, the things that are, that are grown in that soil, right?

Farron Cousins:                  Right. From the rice and the potatoes and the carrots, all of it is grown in the same soil. So while we may not be as affected by these heavy metals, people do need to understand you are ingesting them too. It’s just, your brain has already developed versus these infants and toddlers. They’re still in those developmental phases where the slightest chemical imbalance can destroy their lives.

Mike Papantonio:             Neurological damage. Now, the people who did this were the Healthy Baby Bright Futures, they’re the ones that did the study. The industry came in and did everything they could to stop the study. The industry even tried to make it look like it’s more dangerous and I don’t know the answer to it, that it’s more dangerous to make your own baby food at home because you’re using the same carrots, you’re using the same potatoes that are all filled up with cadmium, lead, mercury and what heavy, and heavy metals. So I mean, this is a credible study. There’s no question. This is not guesswork. And right now, have you seen any articles in the corporate media about it?

Mike Papantonio:             Well, they did the, they did the same thing on wine. They’re, they’re some of the people that we’re trying to identify the problem. But when you have a corporate media that is driven by this advertiser right here, that all we care about is how much money can we get from that advertiser. They don’t report news anymore. I swear, it’s dead. Corporate media is dead as an entity reporting news.