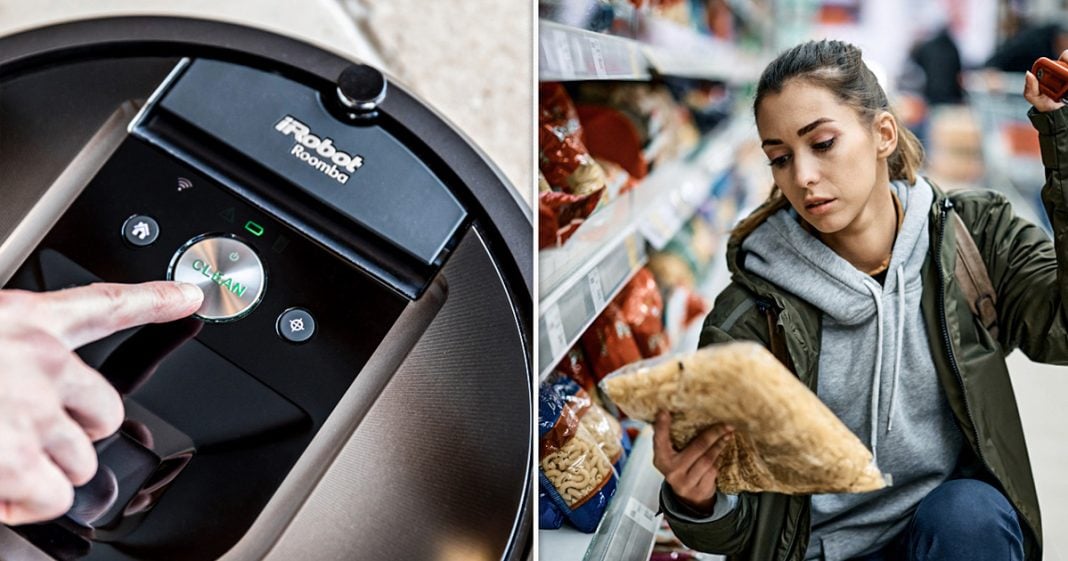 Amazon is buying I Robot, which will give them even more of your personal data to sell to the highest bidder. Mike Papantonio & Farron Cousins discuss more. Also, inflation is out of control, but a new report says that price gouging is even worse. Mike Papantonio is joined by journalist & podcast host, Rick Outzen, to discuss.

Mike Papantonio:             Amazon’s buying iRobot, which is, it’s gonna give them more of your personal data to sell to the highest bidder. Ring of Fire’s Farron Cousins joins me to talk about it. Farron, every time, how many stories have we done just in the last maybe five months with Amazon going in and buying another part of our culture? I think the last one we did, they’re coming in and buying healthcare.

Mike Papantonio:             Private healthcare. We’re gonna make it better for you. It’s gonna be cheaper. Let us buy this healthcare system that we’re gonna use all over the country and then the world, and we’re gonna solve the healthcare problem, right?

Farron Cousins:                  Well the Roomba or iRobot, I guess CEO said just a couple years ago that he wanted to start selling the mapping data of your home. And, and this was, again, this, I think it was 2017. So five years ago, he said, look, these little robots that you think, oh great, I don’t have to vacuum. It’s mapping your home. It can identify sometimes faces in your home and they wanna sell that. And Amazon of course has one of the worst histories in the country of companies selling your facial data. They’re selling your Ring camera data, and they’re oftentimes giving it to police officers without a warrant or permission.

Mike Papantonio:             That’s right. It’s so specific, Farron. This iRobot moves around your house vacuuming, as it’s doing that, it’s plotting out, oh, here’s where you watch TV. Oh, here’s the TV program you watch. Oh, let me move over here. Here you got your gym equipment. This, you need some new gym equipment. Some of this furniture looks like it’s run down. What happens then is you start getting emails, gym equipment, TV shows, new furniture we’re gonna give you deals on. This is what they’re really up to. It’s, it’s, it’s the most intimate details about your life. And everybody seems to be saying, oh, that’s okay. It’s a cool little robot. It, it’ll vacuum my floor.

Farron Cousins:                  And yeah, these little robots they’re determining whether or not you have any pets. It can tell by what is on your floor whether you’re a messy person, a clean person, start sending you targeted ads for organization or maid services. And, and yeah, like you said, most people are like, oh, well, there’s, there’s no harm in that. Well, what about when they start identifying the faces in your home and they start selling your biometric data to anybody out there? That is where the real danger comes in, because there’s always that escalation and they’re right on the cusp of it even before the Amazon purchase.

Mike Papantonio:             Okay. So here we’ve got Ring. We’ve, I mean of, of the things that are in our home Ring, Alexa, Siri, now Roomba. It just, there is no more privacy and corporate America has figured out how to reduce it to a big profit. Let me tell you how, how big they think this is. They paid $1.7 billion in cash for this company. They also paid $4 billion so they could buy One Medical, which is the medical entity. They’re, they’re cash, they’re cash flush. And they’re, this is their statement. We wanna buy our way into dominance. That’s, that’s what’s, we want to buy our way into dominance. And so you’ve got a Prime system at this point, that’s already, it’s radioactive. I mean, there’s no way that I think we can stop it. They just, they simply have gotten to the point, they have too much money.

Farron Cousins:                  And it’s every part of your life now, from now you’re cleaning. You can grocery shop on Amazon, your personal assistant, your Alexa is on there, your security with the Ring cameras. Now your healthcare, every aspect of your life, we’re, we’re Prime citizens is what we are now.

Mike Papantonio:             That there’s a whole different side to that. People, whistleblowers are coming forward and saying, you know what we’re doing? We’re scraping all that information.

Farron Cousins:                  Yeah. Yeah. It’s a truly terrifying story that just came out earlier this week. This whistleblower from Twitter says we have everything and y’all don’t even understand how big of a national security threat.

Farron Cousins:                  This is, because it’s not just, oh, I ate at McDonald’s today. It’s people in government sending out tweets, getting their IP addresses, having their passwords, personal data.

Mike Papantonio:             Scraping everything. So your, your Twitter folks out there that say, hey, this is fun. I’m really communicating. No, you are part of the problem right now if this continues as it’s going. I don’t know how to stop it. There’s too much money involved.

Mike Papantonio:             Inflation’s outta control, but a new report says that price gouging is even worse. God, if this doesn’t just infuriate you, I don’t know what would. Go ahead and jump in on this story.

Rick Outzen:                          Well, you know, we’ve heard, we’ve been told that business are victims of the economy. The pandemics hurt ’em. The supply chain has caused shortages. They’ve, government spending is driving inflation up. Ukraine, the war in Ukraine is driving it.

Mike Papantonio:             Well, okay. So here their, their narrative is, I mean, Lord have mercy, the narratives all over the place that this is being caused by Russia. That gee, this isn’t our fault. And you know what, we’re doing everything we can to fight it. Well, Guardian, the Guardian took a real, they put some forensic people in there to see really what’s going on and it’s anything but that. The, the mar the profit margin has been raised 50%.

Mike Papantonio:             Nike, you know, the, the public social responsibility company, 51% increase, and it’s still continuing to climb. Steel Dynamics, this is a company that touches almost everything that’s made with steel.

Mike Papantonio:             You know, here’s the point. These are companies that have massive capital.

Mike Papantonio:             They can operate in, they can operate in low profit times. If they, if they were asked to do it, if they’re forced to do it, if Biden would take some action and punish a few of them, and they got the picture, it’s not like they’re gonna go out of business or even have any difficulty during this downtime. They have, they have this massive amount of money that’s put into their company that’s available to them anytime. But rather than doing that, what’s, what’s socially responsible, they say, well, we’re just gonna, we’re just gonna rape and pillage right now because we can.

Rick Outzen:                          Right. And, and, and you know, anybody who challenges ’em you, we’re called business bashers. If you try to question it. Bernie Sanders has caught on to this. Elizabeth Warren has caught onto it some. But they’re voices in the wilderness. It’s not, there’s not a lot of momentum out there.

Mike Papantonio:             You know, so what ends up happening is what they’re trying to do and this is really scary is to create a new norm. In other words, once you get used to paying that higher.

Mike Papantonio:             That higher thing for a box of cereal, you’re used to it. And so you’re gonna do it anyway. And when, when you have, when you have competition that’s not there because one company owns all the cereal.

Mike Papantonio:             It’s not as if a competitor’s gonna come in and say, well, we’re not selling our cereal for as much money. So buy our cereal. There’s not an alternative.

Mike Papantonio:             The alternatives are so limited. And these companies are just are using this opportunity to rape and pillage. And unfortunately there’s nothing’s coming outta the White House. The white House can do something about this.

Mike Papantonio:             When Chevron said, we’re making a 240% profit because of the suffering that people are going through with, with in gas lines.