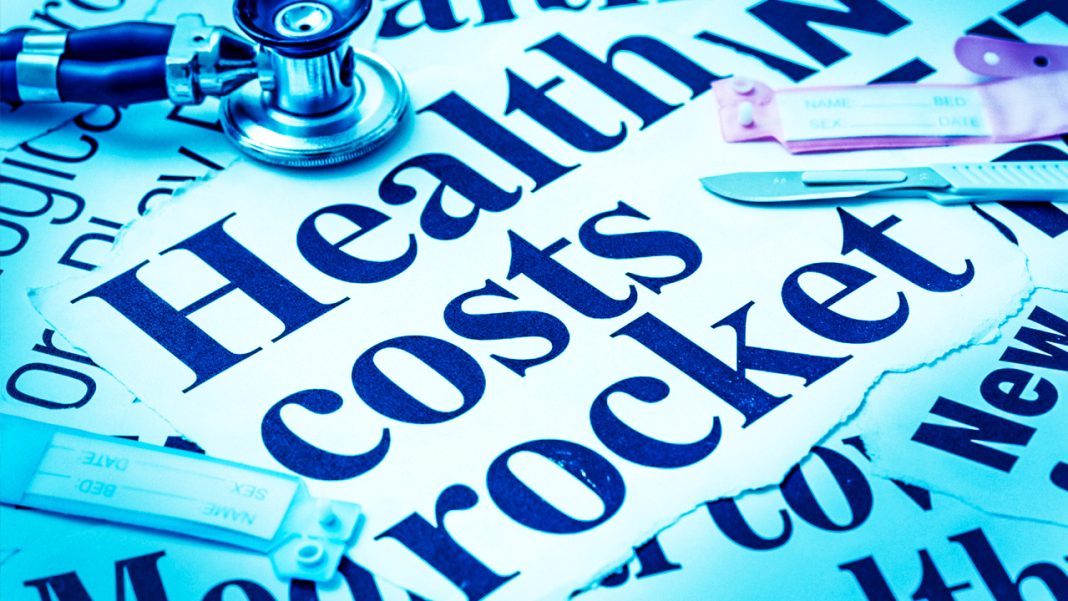 A new analysis has revealed that drug companies have raised their prices roughly twelve hundred times so far this year. Plus, a third of Americans say they’ve cut back on medical care and prescription drugs because they simply can’t afford it anymore. Mike Papantonio & Farron Cousins discuss more.

Mike Papantonio:             A new analysis has revealed that drug companies have raised their prices roughly 1200 times so far, just this year. Ring of Fire’s Farron Cousins joins me to talk about what’s happening and many other issues. Farron, when you hear those kinds of numbers, you go, how in the world does it happen? Well, obviously it happens because we have a government that won’t do what they’re supposed to do, because they’re getting so much money in political contributions. The political comp, let’s see it’s the weapons industry and then the pharma industry.

Mike Papantonio:             Let me give you some examples. Pfizer with their leukemia drug, it’s a life saving drug and it, it’s $21,000 per vile. And Congress for decades now has done nothing about it. We’re starting to see some activity now, but even what they’re coming up with right now, doesn’t solve the problem. Congress is saying, well, we, we’re, you know, we’re coming here to, to, to fix the prices. No, they’re not. If this bill passes that they’re talking about, all it does is allows Medicare to negotiate. That’s it. No other, no other insurance entity can negotiate with these prices.

Farron Cousins:                  Right. And, and what’s gonna happen as a result of that is that the drug companies will just raise the prices even more for people with private insurance or no insurance.

Farron Cousins:                  To make up the difference. So while it is good, obviously that, yeah, we’re, we’re doing something about it. It certainly is not enough. Because again, with Medicare, you’re talking about the 65 and older crowd, you’re gonna see some reduction on some of the drugs, as long as they’ve been out on the market, you know.

Farron Cousins:                  11 years at this point. And the markups, the really bad ones are usually with those blockbuster brand new drugs, which can run yearly doses when they first roll out hundreds of thousands a year.

Mike Papantonio:             That’s all been presented to Congress for decades now. And the most decade that, that this Congress is willing to say is, well, we’re gonna allow Medicare to negotiate, but they can’t negotiate if the drug hasn’t been on the market for 11 years, or if it’s a newly approved drug that can kill people, just the same any, as any other drug. They can charge whatever they want. This is not gonna solve the problem, is it?

Farron Cousins:                  Right. And the drug companies tell us, well, we do this because we gotta recoup research and development costs.

Farron Cousins:                  The bulk of the spending on new drugs in the United States is actually spent on advertising, not on research and development where 75 or more percent of it.

Mike Papantonio:             Yeah. Nevertheless, everybody just rocks on like there’s no problem here at Congress. Yeah, we’ll take your political money. That’s what it’s about.

Mike Papantonio:             A third of Americans say they’ve cut back on medical care and prescription drugs because they simply can’t afford it anymore. So people are not just splitting their pills in half. They’re saying I can’t, I, I can’t eat three meals a day. I can’t drive as much. I, I’ve got to be able to cut back even on things like groceries in order to pay for the pill that I’ve already cut in half just to stay alive.

Farron Cousins:                  The reason this story is so important is not because it’s just another, our healthcare is broken story. It’s because we are seeing headline after headline right now telling us that the economy is kicking. That everything Biden has done, everything’s great. Unemployment is down. Gas prices are coming down. This is the same thing that happened in that recovery that we saw when Obama first took office that wasn’t a recovery at all. It was a recovery for Wall Street.

Farron Cousins:                  It was a recovery for corporations. People are struggling and they cannot meet their needs and the media is telling us that the economy is fixed right now.

Mike Papantonio:             Because the media is so tied into Wall Street, everything. I mean, there’s not. Look, MSNBC, CNN, Fox, you name it, ABC, they’re all owned and operated by corporate America. So as they see the stock market go up, as they see things stabilize on Wall Street, they make the assumption that that’s good for mom and pop. Where mom and pop are out there, this is a Gallup poll, that they say 100 million people, 100 million have skipped medical care that they need, some of them to even stay alive, because they can’t pay for it right now. So you can have, you can have the Republicans and the Dems saying, oh, everything’s great now. We’re in good shape. Not according to these, to this study.

Farron Cousins:                  Well, and these are the kinds of things that the Democratic party needs to be paying attention to as we get closer to the midterms, because if they’re gonna go out there and try to sell us on this Biden’s fixed the economy thing, you’ve got a hundred million people right here that are looking at their bank accounts and they’re saying, no, he didn’t.

Mike Papantonio:             But we’ve got ’em out there, oh boy, we’ve, we’ve really pushed back the pharma industry, haven’t we? We’ve really delivered. Put, put a guy like Bernie Sanders in there and you see what delivery looks like. That’s the sad thing about this story. They’re making stuff up. The truth is, if you got a guy that believes like Bernie Sanders, things really get done. That’s, that’s the whole difference here. And that’s, that’s I think, I think that’s the thing that people are having to struggle with.

Mike Papantonio:             They have to watch the smoke and mirrors rather than reality. Thank you for joining me. Okay.

Mike Papantonio:             That’s all for this week, but all of these segments are gonna be available this coming week right here on this channel and you can follow us at Twitter @AmericasLawyer. I’m Mike Papantonio And this has been America’s Lawyer where we tell you the stories, every week, that corporate media won’t tell you because their advertisers won’t let ’em or their political connections just don’t allow for it. We’ll see you next time.