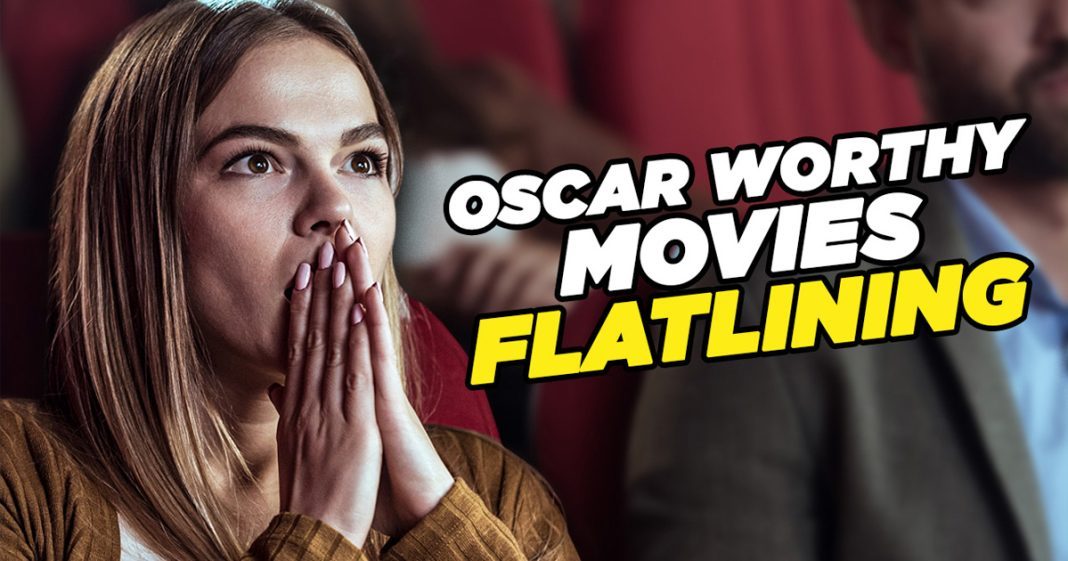 Mike Papantonio: Oscar caliber movies are flatlining in the box office, making us wonder why American citizens are no longer really interested in thought-provoking films. You know, you found this, I mean, this story to me, I, I don’t, I didn’t know with, whether we were gonna do this story. I, I like this story because it, it, it’s raising some real issues. Okay. One is, the biggest issue that I, as I’m reading all this and there’s several stories about this, but the, the issue that surfaces again and again is the Amer, the American public is tired of being preached to. They want to go to a movie. They want to be entertained. I don’t want to know what your social and cultural issues are. I’m coming here to be entertained. Don’t put ’em on me. If you do, I’m gonna leave. They’re leaving now. Pick it up.

Farron Cousins: Yeah. I, I think a lot of this, because this is actually from New York Times magazine.

Farron Cousins: So this is very, I know it’s a little off the beaten path for us, but it is interesting because yeah, you do have all of these, I guess what they would call the Oscar bait movies. The very artistic ones. They’re well-written, you know, they’re well produced.

Farron Cousins: Good budgets, but nobody cares anymore. Nobody wants to go to the movies or, or rent it at home and.

Farron Cousins: Have to actually think about anything. They don’t want to have to follow a story. They want to see, okay, is this gonna explode? You know, I, if not, I’m, I’m tuning out of it. My attention span can’t handle it.

Mike Papantonio: What, gimme your take. You, you and I talked about something similar. What is your take on what’s happening out there, culturally?

Farron Cousins: I, I do have a theory and I think it’s all psychological and I think it goes in cycles here. You know, right now everything is kind of bad in this country. You know, the economy’s bad. The job market is bad. Wages are bad. Politics is terrible. So what do people want? They want a hero.

Farron Cousins: They want a larger than life figure that they can root for, the good guy, good girl, whoever it is, to come out on screen and show them that by God, we can overcome anything.

Mike Papantonio: That’s all we’re getting is superhero shows where the, you know, the impossible takes place right in front of your eyes.

Farron Cousins:It gives people hope. You know, you look at that and you say, look, this is somebody I can stand up with. So.

Farron Cousins: It, it is very formulated.

Farron Cousins: But, so it goes a little further back too. During the Iraq war time, everybody was terrified. Right. We’re told terrorists are right around every single corner.

Farron Cousins: So people were afraid. The world was a scary place. And that was a time when you did have these huge cinematic, thought-provoking films that people got immersed in.

Farron Cousins: And and it’s because we wanted to see something beautiful. In a world that scared us.

Farron Cousins: We wanted that beauty. And then you go back even further, the nineties. Nineties were a good time. The economy was doing great. You know, everything seemed fine. People were happy. So what was super popular at that time? That’s when you had your Jim Carreys, your Adam Sanders and Chris Farley.

Farron Cousins: Yeah. The goofball comedies were so popular.

Farron Cousins: And it does kind of resonate with the atmosphere in the country at that time. So I think where we’re at right now is people don’t wanna think. We think all the time, we think about how bad our finances are, how bad the political atmosphere is, how bad the environment is.

Mike Papantonio: And so they don’t want to go in and watch Nightmare Alley, that I thought was a pretty good movie, you know. And, but here’s the numbers. Here’s how bad they’re losing. She Said, I haven’t seen, She Said.

Farron Cousins: I haven’t heard of it until I read this.

Mike Papantonio: I, I don’t, I haven’t seen it. Cost $55 million and it made $5 million. Devotion, that’s another one. I haven’t seen it, but it cost a hundred million dollars and it made $14 million. And when you read this article, they’re very clear. They’re saying the arrogance of Hollywood, the bubble of Hollywood, is they believe that the rest of the world thinks like they do. They don’t. And Hollywood comes up with these excuses. Well, there’s, there’s simply too many dramas. One of their excuses, streaming is killing us. I think it probably is. One excuse is that we’re still hearing the coronavirus is killing us. The other, I mean, these, the, these excuses go on and on. But they won’t admit that what they’re thinking about in their bubble, their gated communities, where they don’t worry about what the typical American worries about, in their gated communities they’re so disconnected with what the American public is thinking about.

Farron Cousins: Well, and a bunch of hypocrites too. I mean, they do like to get preachy about everything, and then we turn around and find out that, oh, we’ve got water restrictions in California but you overshot those restrictions by a couple thousand gallons.

Mike Papantonio: But don’t be surprised when they don’t go, people don’t go see it.

Mike Papantonio: Lose your money. But if that’s what you want to do, great. This is a big thing that they’ve gotta deal with, frankly. And the unfortunate thing is there’s some really good movies being made. I mean, I, I thought Nightmare Alley was a great movie. I didn’t know these, some of these other ones, but it was really well done. But it was a financial disaster.