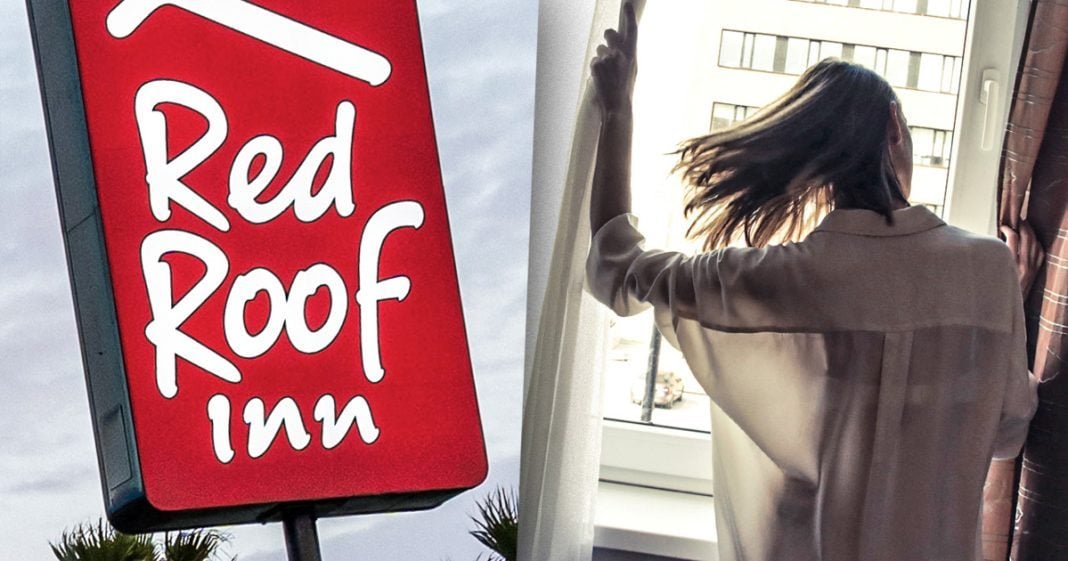 Mike Papantonio: A human trafficking survivor is suing budget hotel chain, Red Roof Inn, for allowing trafficking to happen at their properties. Yeah. Well, we brought the lawsuit. So I, I know a lot about it. Why don’t, but, you know, you’ve worked with me on so many big projects. Farron, talk, talk about this case a little bit.

Farron Cousins: Yeah. What, what’s happening here is that you have a survivor, who basically was trafficked at a Red Roof Inn.

Farron Cousins: She was subjected to abuse, manipulation, psychological and physical torture, basically. And they were operating very clearly, very obviously out of the Red Roof Inn. And so what this survivor is saying, listen, you had all of the warning signs, you have all of these resources that the government has provided for you. You could have stepped in and saved me and countless other women. You made the decision to not do it because you were making money off the people coming to the hotel, not just as traffickers, but as the clients.

Mike Papantonio: It’s, it’s actually worse than that. We have cases where an organization will call a trafficker, maybe it’s MindGeek up in Canada, one of the big centralizations of, of pornography. They’ll call the trafficker and they say, we want to see a film of 14 and 15 year old girls being sodomized. Okay. So they go rent the room, the trafficker rents the room, they rent a suite for a week. They then bring in cameras, they bring in lights, they bring in the movie set, everybody working the front desk, everybody working in the ho, in the hotel. Now, this is not Red Roof Inn, this is some, this is another organization that we’re going after. But everybody in the hotel knows exactly what’s going on. These kids are walking around, 14 year old kids that are being sodomized up in the hotel room. They, they, they take breaks. So they walk around in Negligees all around the, this is the kind of stuff that you can’t just ignore and say, well, there, we don’t have any standards. We don’t have to worry about standards. Red Roof Inn has their own standards. They have a standard, they have a, a standard book that we must follow. The problem is they don’t follow it.

Farron Cousins: Right. And not to mention, even if they somehow don’t miss all the camera equipment coming into the hotel. I mean, look, I’ve traveled with camera equipment and the lights, those are big giant containers you have to wheel through, move around people.

Farron Cousins: And I’ll say, nobody’s ever looked at us twice.

Farron Cousins: I mean, not that we’re doing anything bad, but they don’t care.

Farron Cousins: They just pretend it doesn’t exist. But they also had complaints on their own message boards of people who had just stayed in the hotel telling them, listen, um, you have lots of pimps hanging outside this hotel. I’m here with my family on vacation and we can’t walk through the lobby without all of the pimps offering us. Do you want a woman for tonight?

Farron Cousins: That’s on their own message board. The people making complaints about staying in the hotel. So they had all of the evidence.

Farron Cousins: Knowing that this was happening.