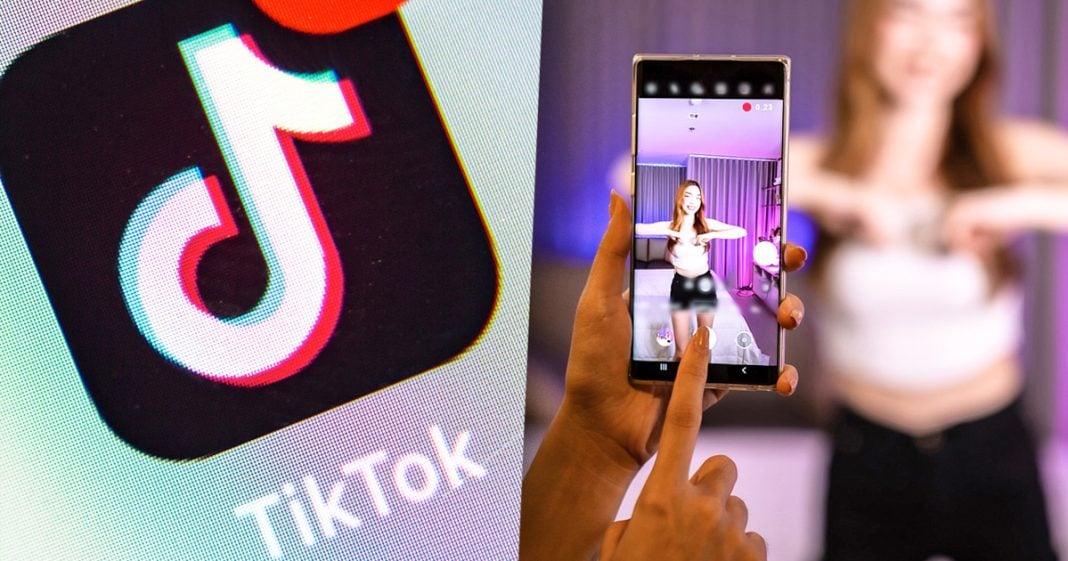 Mike Papantonio: The state of Indiana is suing popular social media app TikTok for endangering children. Wow. There’s something to this story.

Mike Papantonio: Okay. As you know, I handle, I handle sex trafficking all over the country. Matter of fact, I just gave a speech in London about it two weeks ago because it’s become such a problem in London. So, as I look at this story, if we’re sitting here believing that what China is doing with, with TikTok is benevolent. That hey, we’re just looking at the business aspect of it. There is some really good information that tells us they know exactly what’s going on with human trafficking and sex trafficking.

Farron Cousins: Yeah. A hundred percent. And, and this lawsuit specifically, it, it doesn’t get into those issues. I, I think as it progresses, they’re finally gonna.

Farron Cousins: But, but they kind of did a little superficial, like, hey, you’re, you’re exposing them to mature content and, uh, you’re stealing their data.

Farron Cousins: Which is a huge problem in and of itself. But you’re right, the bigger issues are the ones that are gonna come out and hopefully, I, I think maybe this lawsuit was filed the way it was to get to the discovery point.

Mike Papantonio: It is.

Farron Cousins: To be able to get their hands on that.

Mike Papantonio: This is that first step.

Mike Papantonio: I can tell you this is, it’s, it’s, you’re gonna see states do this. The DOJ is, does what the DOJ does, just like the opioid crisis. They have to be pushed and cajoled and beat over the head and say, and shamed to do anything. Back, back to the tobacco case that we’ve started, the opioid case that we started, 87 pharmaceutical cases that we have started in this law firm, every time we go to the DOJ and say, look, here it is. PFAS, here, here it is, it’s all here for you. Go prosecute somebody. They don’t have the guts to do it. The, I don’t know whether it’s a lack of talent. What I’m reading right now is it potentially is a lack of talent. But the states can be more effective on this. There’s already three states that are already going after TikTok, and you’ve got the government at least saying you can’t use this pro, you can’t use TikTok on our government sites. Right?

Farron Cousins: Yeah. Alabama just a couple days ago, became the most recent state to, to join in on that. And we’re already, you know, it’s great that Indiana’s filed this lawsuit, but we’re already so behind Europe.

Farron Cousins: You have countries all across Europe, the, you know, the United Kingdom kind of leading the way. They’ve been sounding the alarm about TikTok.

Farron Cousins: They have been doing these investigations. They’re already in the process of preparing, I think the $29 million fine.

Farron Cousins: On these companies for what they’re doing to children and what they’re exposing them to. And we are just at the point where we’re saying, okay, well, we’re gonna now launch investigations. They’re concluding theirs and we’re just launching ours.

Mike Papantonio: What that leads to is they’re getting into the entire household. All of the information in the entire household now becomes at the, at the fingertips of China. Not only that, but there’s, there’s, there’s so much material showing that what they’re showing in America, they’re not allowed to show in China where it comes to children. You can’t show the caliber of things you’re showing in, in the US or Canada or South America. You can’t show that in China because they know it has some really destructive and very dangerous possibilities. Right?

Farron Cousins: Yeah, absolutely. And again, Europe leading the way on this. They’ve, they’ve led the way on so many social media sites. Facebook, they’re going hard as hell. Ireland.

Mike Papantonio: Ireland. Tell, tell us that story. We just did this story, but Ireland said, look US, if you’re not gonna do anything about it, we are, because this is bad stuff.

Farron Cousins: Yeah. One, once again, the same kind of thing. The data theft. The, the monopolization of these companies. Regulators in Europe say, look, this isn’t gonna fly. You may be based in the US, you’re doing business here, we have much stricter rules and by God, we’re gonna enforce ’em. I mean, we have the same rules here in the US. We just don’t ever enforce ’em. So it, it’s interesting to see that the US is always having to play catch up to what the regulators over there are doing.

Mike Papantonio: What, what is it with the Department of Justice? Give me your take. Did, have you seen the movie Dope stick?

Farron Cousins: Not yet.

Farron Cousins: Not yet.