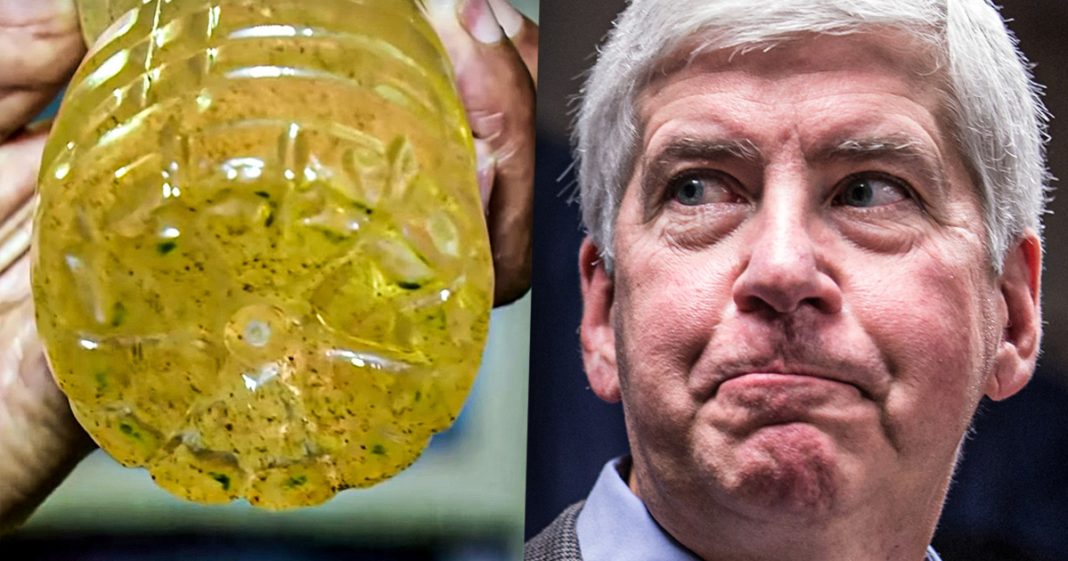 Criminal charges have been officially thrown out against former Michigan governor Rick Snyder for his role in covering up the Flint water crisis. Mike Papantonio & Farron Cousins discuss more.

Mike Papantonio: Criminal charges have been officially thrown out against former Michigan Governor Rick Snyder for his role in covering up the Flint water crisis. Quick reminder of what the Flint water crisis is. The, the governor said we’re going to change a water source because we have lead in our pipes and we have to fix some stuff, put it into a, put it into Flint River. And what ended up happening is that it, it’s contaminated, not which lead, it’s contaminated with just a dozen toxins that affect the health of human beings. And it’s causing, Legionella was one of them.

Mike Papantonio: But aside from that, it wasn’t just heavy metals. It was, it was bacteria toxins. It was viral toxins. And people are drinking this every day because they did nothing to, to, they did nothing to purify the water. They just said, drink this. It was brown. It smelled bad. And, but they were telling the public, it’s no problem. Go ahead and drink it.

Farron Cousins: Right. And, and their own, you know, research at the top of the state with Rick Snyder’s office showed this is dangerous. People are going to get hurt from this. And, and that’s where all of course, the liability comes in. You, I mean, I don’t have to tell you that, you understand that better than anybody. So what’s happened now is he is now what the eighth individual who had been criminally charged. We thought maybe we’re gonna get some accountability. And then they come back and say, well, because of the one person grand jury fiasco.

Farron Cousins: Yeah. What, what had happened was that the lead state prosecutor on this, instead of in paneling a grand jury, instead of just doing an investigation and issuing charges, used a single judge. And the judge oversaw everything. And the reason for that was because they were investigating state officials.

Farron Cousins: That is high caliber stuff here. They had to make sure that stuff wasn’t going to be leaked because they didn’t want these people to delete evidence or anything like that. So they put the judge in, the judge oversees it all. State Supreme Court this summer says, oh, nope, that’s a one man grand jury. Totally illegal. So all of it’s false.

Mike Papantonio: For, for not, and, and people are still dying from it, you understand?

Mike Papantonio: The, the, some of these illnesses are long-term illnesses. They’re latent defect illnesses. And so there’s nobody that’s ever gonna pay for that. And these people are ever, are, are the, the money that they put on the table was almost meaningless.

Mike Papantonio: And so, and these people are gonna walk and it’s gonna be business as usual.

Farron Cousins: Well, and, and the real issue here too is not just that the charges got dropped because you could bring the charges again. The problem is now.

Mike Papantonio: They won’t. They, they won’t.

Farron Cousins: Yeah. They won’t and they almost can’t, they’re almost out of time because that six year statute of limitations.

Farron Cousins: They all got away with it. They get their happy ending.