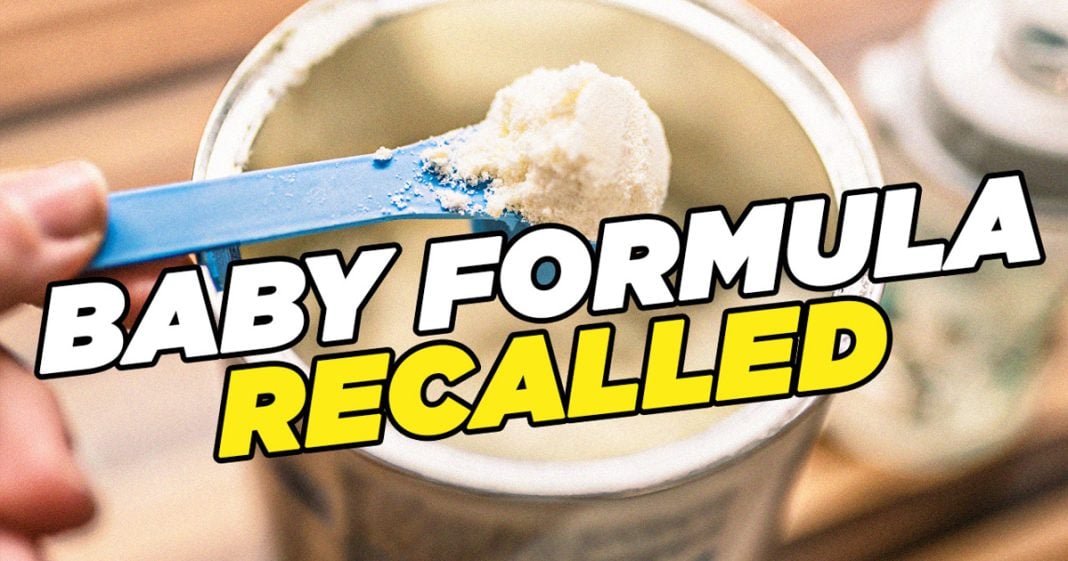 Another infant formula recall has parents on high alert over the presence of a deadly bacteria. Mike Papantonio & Farron Cousins discuss more.

Mike Papantonio: Another infant formula recall has parents on high alert on the presence of deadly bacteria. We’re seeing this, I think we’ve done three stories on this, maybe in the last, what, six months, seven months. At least this company is acting responsibly. They really are. I, I, you know, I see companies that act totally irresponsible all the time. This is ByHeart’s Whole Nutrition Infant Formula, ByHeart’s Whole Nutrition Infant Formula. As you might imagine, corporate media’s doing very little to even tell this story because why? They make a lot of money advertising for folks like this.

Farron Cousins: Yeah, they do. And, and this particular one, like you said, you know, they’ve got their full recall in place for several different batches of this baby formula. And what had happened was they actually caught the fact.

Farron Cousins: It was contaminated with potentially life-threatening bacteria.

Mike Papantonio: Don’t you love when they, when the corporation does what they’re supposed to do?

Farron Cousins: Well, we’ve seen so many times and, and in fact I, I think there’s plenty of lawsuits right now that other baby formula companies.

Farron Cousins: Were contaminated, knew about it and still said, get it out to the public. So this group did the right thing. They said out of an, out of an abundance of caution, we’re taking this off for now. We’re gonna clean the equipment, we’re gonna make sure, and, and so far there’s been no illnesses.

Farron Cousins:Nobody has been infected. So that’s great.

Mike Papantonio: That’s how, that’s that’s how it should work. That’s how the capitalism system should work. Yeah. We’re gonna make money, but when we mess up, we’re not gonna let anybody get hurt.

Farron Cousins: But we’ve, but we’ve got, as you said, there’s plenty of other baby formula companies out there that are being sued.

Farron Cousins: Infants have died. They’re developing these horrible, it, it’s a, it’s, it’s one of the most gruesome deaths you can imagine.

Mike Papantonio: It absolutely is. My, my daughter, Sara, is handling the, the infant formula, the preemie formula. And the preemie formula was where the doc, where doctors clearly had all the information that they needed to have and the industry had all the information that they needed to have that you don’t give, you don’t give cows milk to preemies. It was killing preemies, killing hundreds of preemies all over the country because the, the company was covering up. The company was lying to the doctors, telling the doctors, just like opioids, telling the doctors, we did studies. Everything’s okay. You don’t have to worry about this literature that’s coming out of France or Italy. It’s not accurate. And hundreds of preemies died and continue to die because the industry still won’t take action.

Farron Cousins: And, and one of the things, because I heard her presentation on this, is that it is one of the most excruciating deaths imaginable.

Mike Papantonio: Their in, their, their interior, their, their entire system dries up. And that the, the, it’s such suffering that the nurses who work around these children literally quit their job because they can’t stand the agony that they’re seeing these children go through. But the companies are still out there pumping it out, like everything’s okay.