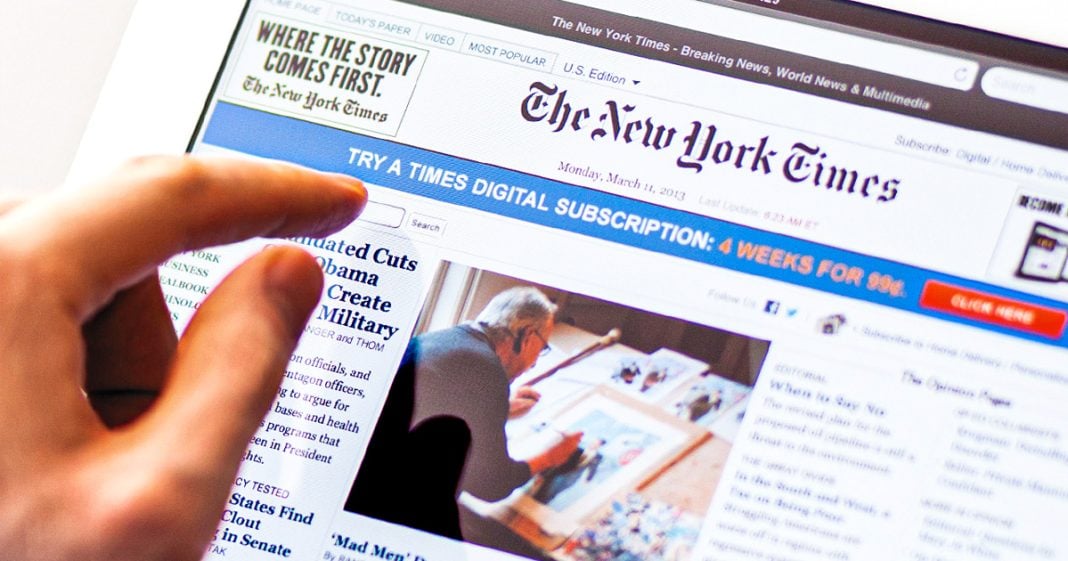 Farron Cousins: They wanted a 5.25% increase.

Farron Cousins: Over a four year period. 5.25% over four years, even if it was 5.25% per year, that’s basically cost of living. It’s not even cost of living at this point. And that’s all they’re saying is, could you pay us fairly?

Farron Cousins: And see, also in, they’re not just not giving them the wages, they’re also saying, you know what, we may have to take away all of your benefits too.

Farron Cousins: And, and like you said, they’re doing just fine now. They’re advertising through the roof.

Mike Papantonio: There is no, there’s, there’s no reason. If you’re saying, okay, we had something awful happen, we lost 50% of our advertisers. But these workers, these very workers that when they had the big board meeting, they said, New York Times is in trouble. Okay. If you don’t double down and reach way down, we’re gonna be outta business. And then the woke touchy feely management that writes all the woke touchy feely articles all the time, tells them, no, we can’t do this little bit. It’s disgusting to me.