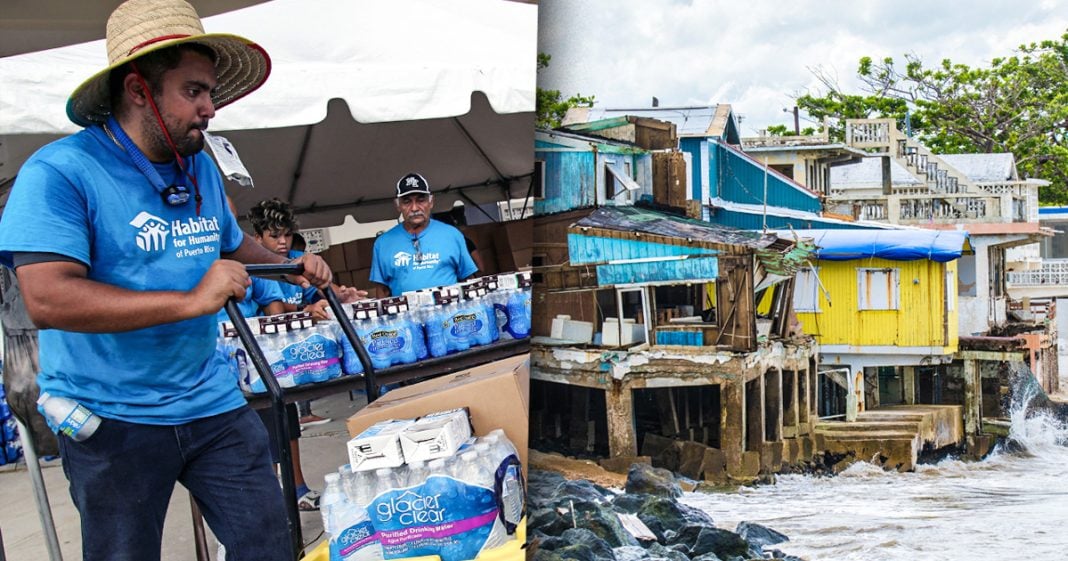 Mike Papantonio: Cities in Puerto Rico have filed a major racketeering lawsuit against fossil fuel companies for covering up the dangers of climate change. Well, there’s been several attempts to make this happen. Right? And none of them have been successful so far. I think it’s, it’s, you know, basically you’re batting zero, which is a shame because there’s some really, really good material. It’s worth it to read the lawsuit and understand how much these companies, Exxon, for example, that they absolutely knew 50 years ago what was coming. Right?

Farron Cousins: Yeah, absolutely. You know, the documents go back to definitely the seventies. There’s actually a couple from the fifties where they said, wait a minute now we think this is messing up. There’s newspaper reports from the 1910s, I think 1918, where, hey, the burning of coal seems to be changing the climate. So over a hundred years ago, even the media was still talking about climate change. But either way, the documents in these companies, you know, they’re all colluding together, basically. We’re gonna pool our money. We’re gonna fund this think tank. We’re gonna create a think tank here. And we’re gonna tell people that climate change is just the weather changing every day.

Farron Cousins: And, and, and basically, cast doubt on the whole thing.

Mike Papantonio: Well, you saw the documents. Actually, I, I saw where you actually did show after show where this isn’t me talking.

Mike Papantonio: Let me show you the documents.

Mike Papantonio: This is where they wrote that. This is how we take the scare out of climate change. Those were the documents.

Farron Cousins: Right. And, and paying off the scientists, which Exxon did.

Mike Papantonio: Key, what they call key opinion leaders. Talk about it.

Farron Cousins: Yeah. They would offer, and there’s even a database now where they can go and just find a list of who can sign their name on what. But they would offer scientists tens of thousands of dollars. They had the report already written saying, climate change is fake, oil is great. Just saying, hey scientists, you’re reputable. Put your signature on this. We’ll give you $25,000. And they did it.

Mike Papantonio: Harvard, Yale, Princeton, Duke, you name it. There was always some blood sucking bottom feeder scientist or doctor, or whatever, that was willing to say, yeah, I’ll sign off on that. They didn’t even write it most of the time. The industry, Exxon would write the, the article. They would say why climate change isn’t real. Doc, you mind, we’re gonna give you $50,000 to sign. No problem. They’d sign off on it.

Farron Cousins: Yeah. And so that’s why this particular lawsuit is different from some of those other ones, because this one’s going after the racketeering angle.

Farron Cousins: So that could be something that maybe gives a little oomph. But at the end of the day, the liability for it, you just can’t hit that standard, unfortunately. You can’t prove that the gasoline I burned that I bought from Exxon.

Farron Cousins: So it’s just, we know it did, but linking it to the exact companies is near impossible.

Mike Papantonio: Well, there’s market share kinds of arguments. And once a court will go ahead and assume a market share kind of analysis, that is, we know for the last 20 years, Exxon, what your market share was. And we know that all of you had a specific market share. That’s always been the way I’ve approached multiple defendants. Early on this one, I’m calling, probably not gonna make it, but I love to see that these people are trying.