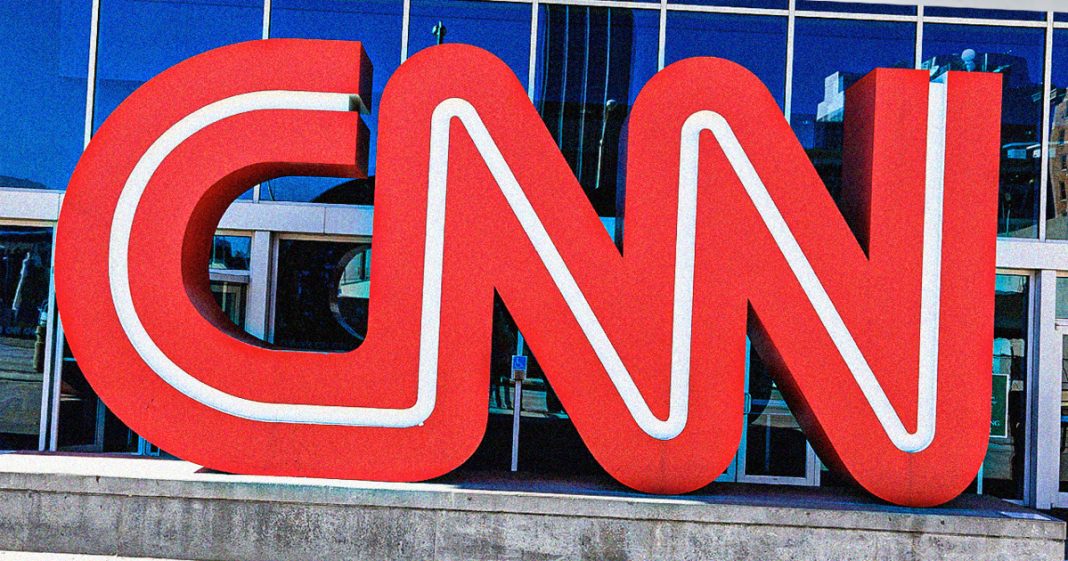 Mike Papantonio: CNN recently announced another round of layoffs as the cable news company continues to lose viewers by the tons. Do they make it? You know, okay, let’s put it in perspective. When we’re talking about them losing, all we’re, all they’re really saying is, gee wiz, we made a billion dollars less than we did the year before. But, and so because of that, they’ve now put Licht in, in charge of it, who has no, he, he has absolutely zero experience with trying to, to.

Mike Papantonio: To, to take a company that’s failed and put it on its feet again. Only thing Licht does, by the way, he used to, he used to be one of the producers for my ex-law partner, Joe Scarborough. Did you know that?

Farron Cousins: No, I did not.

Mike Papantonio: Yeah. So that’s his, that’s his experience. But now what he’s done is he said, I’m gonna come in, I’m gonna save this, this company, I don’t know if it’s save-able at this point.

Farron Cousins: No. And, and they have no idea what they really want to do with it either. You know, they say, oh, well, we’re gonna move more to the center, but they don’t even know what the center is. Then they say, well, maybe we’ll move a little bit to the right. Maybe we’ll just move to actual investigative journalism.

Farron Cousins: Which, that would be great, if you actually wanna be the network of investigative journalism.

Mike Papantonio: Tell ’em, give us, do news again.

Mike Papantonio: Do news again. How about that?

Farron Cousins: People on the ground in the conflict areas like we used to see in the sixties. I know it’s dangerous, but that is news, that is reporting, people in the field.

Mike Papantonio: Okay. Zucker, Zucker came in and he said, we’re gonna make, it’s called quick profits bad, bad planning. Okay. It was quick profits, bad planning. Quick profits were everybody hates Trump. Okay. Like that’s a headline. Yeah. We know everybody hates Trump. But you don’t need, you don’t need Brian Stellar and Jake Tapper and the same folks every day saying, we hate Donald Trump. The world hates Donald Trump, but give us some news. Give us a reason to tune in. I don’t want to hear what’s on top of that little freak Stellar’s head every day. I wanna report the news.

Farron Cousins: Well, and, and part of the problem too, is they would just talk about it, make fun of him. You know, talk about, oh, this is just so bad that he says these things.

Farron Cousins: Right, because you can, you can address those things because I do it every day. But you can tie it into bigger issues. And if you can do that and make it a real story, then it could be worthwhile. Of course, you don’t wanna oversaturate it. But I think Jay Rosen, professor of journalism, NYU.

Farron Cousins: We’ve actually had him on Ring of Fire in the past.

Farron Cousins: He had the best point when he said, CNN was enjoying this sugar high.

Farron Cousins: And then, uh-oh, you’re suddenly outta candy, and then you come crashing down.

Mike Papantonio: And, and now he’s moved on. God knows, I don’t know where he is right now, but the, the business, the media business doesn’t really care. He was a big name. We’re gonna move him to some new position. He’ll find a new position. But the big question for CNN is, how do, how do you take a news agency and, and report the news again, when the public is so tribal? They’re so polarized that if we even suggest as, as far to the left as we, you and I are, if we suggest there’s a story that maybe the Democrats did something wrong, you know, there’s pandemonium among our followers. But the point is, how do you ever get to the point where it’s, it’s almost the, the, it’s so polarized that you can’t tell a story that this part of the, that this part of the public believes is, you know, offensive.

Farron Cousins: Well, and the problem is the media created that problem. The media polarized itself and then polarized the country. And now that the media is realizing, uh-oh, we can’t sustain ourselves on this anymore, they can’t go back to normal because of the problem they created. You know, CNN with Crossfire back in the early two thousands.

Farron Cousins: So they, they helped push us to that before Fox News was doing it, way before MSNBC was doing it, and now they’re stuck.

Mike Papantonio: Murdoch came in with the formula. Okay. He was doing it in Australia. He comes to the US and said, hey, let me do Fox News. And then, although it worked, I don’t know how it works for Fox News. It obviously doesn’t work for liberal media, and I don’t know why nobody seems to get that. It kinda reminds me of the Air America days, you know, when it was me and Rachel Maddow and Chuck D and, God, a great lineup of people doing those shows, we knew we couldn’t make it because it, it was, had to do with the liberal formula that’s, it’s a problem for the media right now.