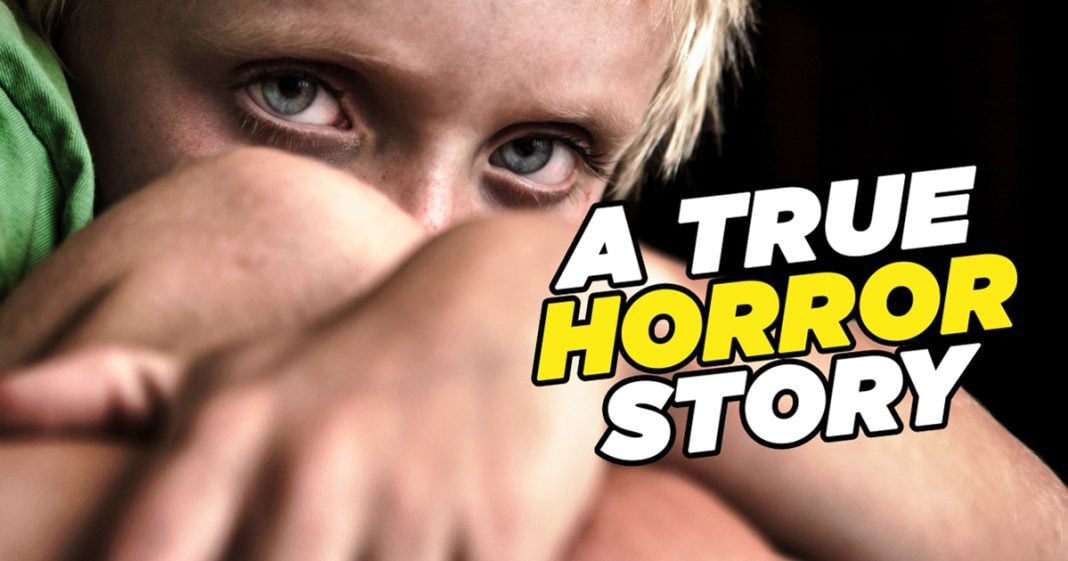 The secrets of a brutal Florida school for boys is finally being exposed, decades after the death and abuse occurred. Mike Papantonio & Farron Cousins discuss more.

Mike Papantonio: The secrets of a brutal Florida school for boys are finally being exposed. It, it’s an ugly story that’s a decades, it’s decades old about death and abuse that occurred at Dozier School. You know, it’s hard to get your arms around this because it, it’s, it really started happening in the 19 hundreds where we knew, early reports, we already knew that these kids that were being sent to reform school for things like smoking, for running away from, from homes that were awful to, to try to get away and have a life on their own. The things they were sending ’em to reform school. It wasn’t crimes. There were some crimes, but it wasn’t the kind of thing you would think about. So Dozier rises up out of that. Pick it up.

Farron Cousins: Yeah. You have this school in this small little town in Florida, you know, it’s a drive through town. Nobody pays attention to it.

Farron Cousins: Marianna right outside the capital and starting in, in 1900 I think, late 18 hundreds possibly, Dozier School pops up.

Farron Cousins: And they say, well, send us your troubled boys. We got a lot of troubled boys around these parts all through the state. Send them here. We’re gonna take care of ’em. We’re gonna put ’em on the right path. Well, the right path led to a little building on that property that they called the White House. It was painted all white. And in that room is where torture, I mean, no other way to describe it other than torture took place. They would drag these boys out of their, you know, dorm room sometimes in the middle of the night, take ’em over to the White House and beat them mercilessly.

Farron Cousins: I mean, those are the stories that the people who were there have told, and sometimes worse than just beatings.

Mike Papantonio: Well, this quote, this is, there’s been some great reporting on this but there hasn’t been enough.

Farron Cousins: No. Not enough.

Mike Papantonio: You know, it’s, I call this, it, it’s a, the shelf life on this should be endless because it’s not just, it’s not just Marianna Florida where this is taking place. But this is from one of the people that I actually interviewed, you know, the man just went through absolute hell. He said, the first blow lifted me a foot and a half off the bed. And every time, and every strap would come down, you’d hear the shuffle on the concrete because their shoes would slide as they put as much force as they can behind it. And you could hear the swoosh, swoosh, bam, bam. The same person reported that he saw one of, one of the kids there that was beaten to death, put in a tub after he was beaten to death. And then where the story gets really, really bizarre is they would call the parents and say, you know, your, your child got sick and we had, we had to, we had to bury him because he died. And so the, the point is, they, they could only find, they could only find places where they buried 31 kids, but they know that there’s far more buried all over that grounds. And there’s no records to even show it. Because they understood, if we can, if we can get away with this, we can do it quietly. Nobody’s gonna know about it. These were kids, they were farming out to the community. Farmers would hire ’em for nothing. They’d go out and work all day long, come back and.

Farron Cousins: And Dozier school would get the money for basically having this forced labor. They’d come back and they’d get the hell eaten out of ’em for any minor, real or not, infraction. And, and, and what really is concerning here is we still don’t know how many bodies are buried.

Farron Cousins: They’re having to use this specialized equipment sending, you know, the, the sound waves through the ground to find anything that may look like they, you know, a body underground. It, it’s horrifying what they’re having to do. And, and here’s what’s even more disgusting. Couple years ago, I think a little over 10 years ago when Charlie Crist was our governor, they finally looked into the Dozier school, had been going on for a hundred years. And Crist looks at it and his government says, hey, you know what? There’s nothing we can do.

Farron Cousins: You know, we’re just, we’re just gonna let it be. It said, the state report found no evidence indicating a staff member was responsible for any student deaths.

Mike Papantonio: Yeah. You know what, that was the FDLA report, Charlie paid for it. I went to law school with Charlie. He’s, you know, he’s a capable lawyer. He could have read the report the same way I did. It was, it was a useless report. All you had to do is read between the lines. That the interviews that were, where some of the boys said this is what happened. They were, they were cut out. There was no questions, why did you cut that out? Why did you cut out the fact that the, the story after story where they say we’re, we’re pulled into, into the White House, they bind our feet, we’re raped, we’re beaten, and we’re buried. Now how do you have all of these stories out there that I know they told, because we’ve talked to ’em, they told these stories to the FDLA. Charlie looks at it and says, well, what the hell? I mean, I don’t see anything here. It was just an absolute cop out, wasn’t it?

Farron Cousins: It, it really was. And so what we have right here is this, these failures across the board, you know, past government, current government, the law enforcement officials, the law enforcement oversight, they all knew this was happening. They did nothing about it because even though, you know, this, this ended, you know, a couple decades ago, they don’t wanna get into it now because then it opens up this new can of worms. We gotta investigate the current law enforcement. Maybe this is gonna make other states look into what’s happening today.

Mike Papantonio: Here’s the good news. The good news. The good news is that we’ve talked to some of the legislators who knew nothing about it. They weren’t the idiots that came up with the idea, hey, let’s put a plaque. The plaque is about this big, and it’s on the wall. It’s on the outside wall of the White House where all this beating and rape and horrible things took place. And it says, we’re sorry. You know, we’re really sorry. And you know, the, the thing to me that is the most agonizing is how the community let this happen. How the, we’re talking about Marianna Florida. I mean, there’s what one red light there. And to say we didn’t know what was going on is just reprehensible to me. It reminds me, I, I don’t know if you’ve ever traveled, you go to a place like Auschwitz and Auschwitz or Dachau and Dachau’s in this little village and in the middle of the village are these big smokestacks and, you know, where people are being murdered and burned, burned alive sometimes. And the community says, oh, we didn’t know anything about that. It’s just, I don’t know what it, whether it’s some type of peculiar social event that takes place where, where it’s just absolutely people are willing to put their head in the sand and ignore it. But that happened here. The rest of this story is that this is going on in other places in the country. If you take a look at what’s going on in Louisiana, I took a look at the New York Times story on what’s happening in Louisiana. Very, very well done story talking about these kids committing suicide, like three suicides back to back because they are in a Dozier kind of school. It’s not just, it’s not just Louisiana, it’s not just Florida. It’s all over this country. And my goal is to try to get lawyers to pay attention to that and shut these places down. Thank you, Farron.

Mike Papantonio: That’s all for this week. But all of these segments are gonna be available this coming week right here on this channel. And you can follow us on Twitter @AmericasLawyer. I’m Mike Papantonio and this has been America’s Lawyer, where every week we tell you stories that corporate media won’t tell you because their advertisers don’t let ’em, or their political connections just don’t allow for it. We’ll see you next week.