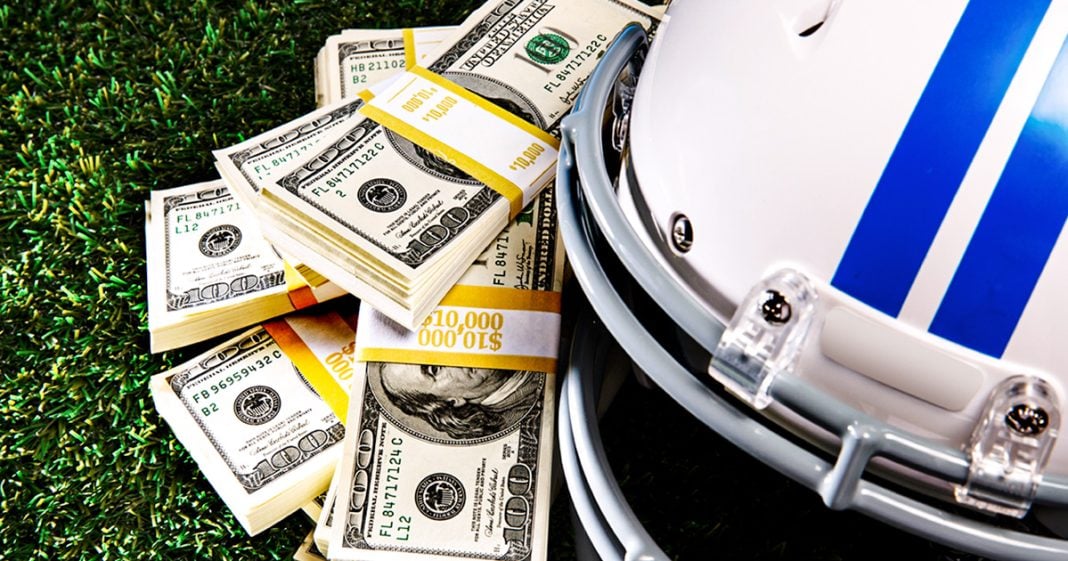 Mike Papantonio: Colleges have found a new way to make a quick buck, but getting students addicted to gambling on sports event may not be the way to do it. I don’t know how to take this story, man. I, I kind of, you know, I don’t, it sounded a little preachy to tell you the truth when I read it. Hell, you know, a kid’s 18 years old, so what if he has a chance to gamble? Now, I get it. Gambling can be very addictive. There’s no question about that. And the statistics show that it’s most addictive between 18 and what, 35 or somewhat, somewhere like that. But I mean, look, they’re coming and they’re paying these colleges, you know, millions of dollars just to say, hey, we, we want little Johnny to be able to gamble if he wants. If the parents say, no, we don’t like that, send him to another college, you know.

Farron Cousins: Well, well, the big issue here is that you have these college boards, right. The people running the college sending out mass emails to all the students saying, hey, here’s a great offer from our newest sponsor, which colleges shouldn’t have sponsors to begin with.

Farron Cousins: But they say, listen, you go place a $20 bet on this new Caesar sports book. We’re gonna, they’re gonna give you an extra hundred dollars. So they’re enticing these students to go and make money for their new investor.

Mike Papantonio: Wake up call. They already have bookies. Okay. The bookies are already working college campuses. This is not like it’s revolutionary.

Farron Cousins: But, but to me, what what gets me about this is, listen, we understand you’re gonna have these groups that come in and sponsor college sports. You know, obviously Gatorade and other sports drinks will do it. You’ll have your Pepsi and your Cokes that do it, and, and Under Armor all of those. Okay, I get that. That’s fine. The problem is when schools are bringing in $8 million a year from a Caesar’s contract, why is this not translating into lower tuitions? If you’re bringing in the money from somewhere else, you don’t have to gouge these poor students taking out hundreds of thousands of dollars in loans to go to your school.

Mike Papantonio: Good point. I, as I was reading this, I really didn’t think about that. I thought it was funny, we talked about LSU and couple of other colleges say, this is great, man, we’re making a lot of money doing this.

Farron Cousins: And that’s the problem, is they’ve turned colleges into businesses.

Farron Cousins: And that’s why we’re seeing the skyrocketing tuitions. That’s why we have the student loan debt crisis. It’s because these colleges have become money hungry. And a lot of this is because they lost a lot of money during the pandemic. You couldn’t have everybody come to your football games, your basketball games. Well, how do we get it back? Well, Caesars stepped in and said, hey, I’ve got an idea. Let’s get ’em addicted to gambling.