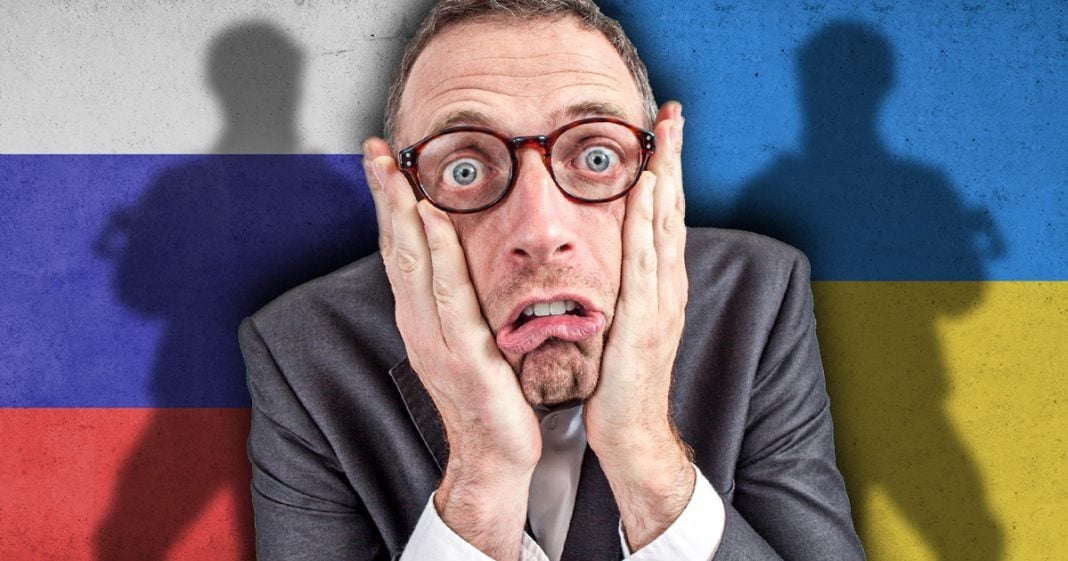 A reporter with the Associated Press nearly plunged us into World War 3 by getting basic facts of his story completely wrong.. Mike Papantonio & Farron Cousins discuss more.

Mike Papantonio: A reporter with the Associated Press nearly plunged us into World War III by getting some basic facts of a story completely wrong. Wow. You know, three weeks ago, we, we did a story and we talked about how so many experts that really do understand how the nuclear process works are saying we are edging more and more towards a nuclear disaster because of crazy steps that government’s taken and the media’s taken. This story’s right on point, isn’t it?

Farron Cousins: It is. You had this Associated Press reporter who immediately came out following an incident and said, oh my God, Russian missiles have been fired at Poland.

Farron Cousins: They hit in Poland, they killed people. Russia is now attacking a sovereign NATO country, and the NATO country, part of that is obviously the big deal because if you attack a NATO partner, the rest of NATO is going to come at you. And he immediately reported that story. He said it was based on intelligence. I can’t name the person.

Farron Cousins: Somebody told me who’s in the intelligence community this was Russia. And the entire media at that point was gearing up for World War III. That was all the headlines. That was all that was going on on social media. We were on the cusp. We truly were.

Mike Papantonio: Okay. You know, first of all, let me back up and break this down a little bit. Poland, the, the folks in charge of Poland said, no, it wasn’t Russia.

Mike Papantonio: There’s a lot of bad stuff the Russians have done. I mean, you wanna talk about some really, really bad stuff, there’s plenty to talk about, but not to the point to where some little freak says, I have have to be the first to get this story.

Mike Papantonio: You know, I was a journalism major back at University of Florida, and, and back then, it used to be important that you could verify a story. That there was no race to get the first printout when it’s something as, as serious as potential World War. And you know, when we did that segment last time, I, I’d remember, I don’t know who these commenters are that came in on the, to comment on the segment, but it’s an overstatement of the risk. You don’t worry about, you don’t worry about nuclear, nonsense. This is how it happens. And so this cat, they fire him, but you know what? It ought to wash up his career to tell you the truth. It, it, he, the, the severity of what happened here was so serious that they not only fired him, but, you know, I think he’s gonna have a tough time getting a job.

Mike Papantonio: Due diligence. Isn’t that still important for journalists?

Farron Cousins: It really is. But you nailed it on the head. That’s how the media works these days. It doesn’t matter how accurate your story is. What matters is how quickly you get it out there. You’ll issue the retractions and the corrections later on, but you have to be the first to put it out there, because the media is no longer about spreading information. It’s a business.

Mike Papantonio: And war, war is a big money maker.

Mike Papantonio: You know, we, we talk about, if you take a look at MSNBC right now, or Fox or CNN, God bless CNN if they’re around for another year. But the point is, if you take a look at who they’re pushing, they’re pushing retired generals. This is retired General Jones. Well, they don’t tell the backstory. Retired General Jones is working for frigging Raytheon right now. Okay. Smith, Smith is working for Boeing. They have a direct interest in going on the air and scaring the hell out of everybody about what’s happening in the Ukraine. Well, they should go on the air and they should talk about the balance, the, the slim balance that’s taken place right there. You could be involved in a nuclear conflict that quick. Putin is a crazy man. He is a lunatic. And this story to me, I mean, going forward, these folks need to be really, really careful. This is corporate, this is corporate media mentality. How do we get advertisers? Well, we create a big story. Nuclear war is a pretty big story that they’re about to create if they’re not careful.

Farron Cousins: And, and it’s very disturbing too, to see this from the Associated Press.

Farron Cousins: I mean, you know, you could understand if it’s one of the corporate media outlet or, or cable news outlets doing this, yeah. Associated Press, you’re held to the highest of the high standards.

Farron Cousins: And when y’all get something so badly wrong, that, that, you know, is.

Farron Cousins: It does.

Mike Papantonio: This story was around for three days before anybody knew it was nonsense.

Farron Cousins: I, I don’t think most people understand that those missiles actually came from Ukraine. It was an accident.

Farron Cousins: But that’s where the missiles came from.

Mike Papantonio: But the easy story is to sell the jazz, right? And the jazz is Russians do it again. They wanna start a nuclear war. They’re bombing Poland. Jesus Christ.