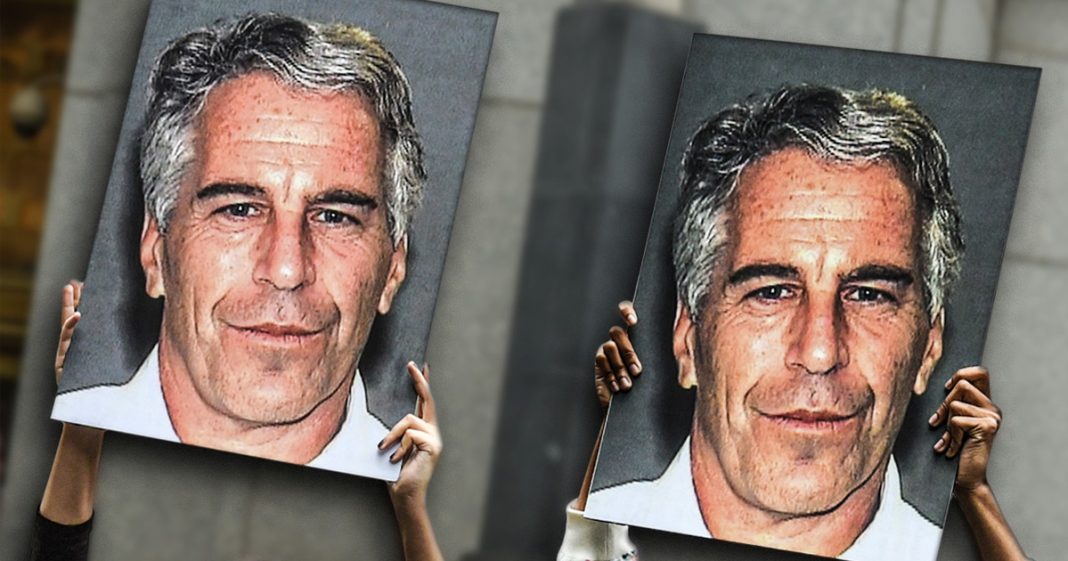 Mike Papantonio: Several victims of Jeffrey Epstein are suing big banks for allowing Epstein to use his money for human trafficking and abuse. I love this story because finally, these brilliant young lawyers who are my friends, by the way, you know, we followed these guys from the very beginning of this story. They’re the ones that identified what was going on with Epstein, the Epstein, the fact that the government was giving him a free pass to involve raping children. That’s, I mean, that’s the headline there. He was raping children. So here, what these guys have done is they said, we’re gonna step it up a little bit. We’re gonna say the banks were involved because they enabled him. Talk about it just a little bit.

Farron Cousins: Yeah. What happened was, Jeffrey Epstein had basically triggered all of the red flags that banks have in place to identify things like human trafficking or money laundering. He triggered all of these red flags, but instead of doing anything about it, what he did was he brought ’em on down to his little Epstein island down to South Florida and said, listen, I, I know there’s some issues here. Go, go meet with this young girl. She’s gonna give you a massage and whatever else you wanted. And that’s the story the young women are telling right now.

Farron Cousins: Of course, they’re doing it anonymously. They’re very afraid of what could happen to them. But they’re implicating some of these big executives at these banks, some of the big wigs and they said, clearly in this lawsuit, Epstein brought them down to keep himself untouchable. To make these deals.

Mike Papantonio: Well, okay, so let me talk about the deal. The deal is you bring somebody from a big bank, right? And you say, I have billionaire friends and I can get you their accounts, or I can make their accounts disappear if I want to. It’s the influence of that. So people like, was it JP Morgan, he was, his big one was JP Morgan. JP Morgan says, hell yeah, we don’t care what you’re doing. This is, Farron, this is after the guy had already been caught raping girls in South Florida, kids. When they tell him, well, you know, you know what your punishment is? You gotta show up in a, in a cell, a jail cell from six o’clock in the morning. What, what are the times?

Mike Papantonio: 6:00 PM to six in the morning. Right.

Mike Papantonio: So you have to show up and that’s your punishment. And oh, by the way, carry on your life as much as you want.

Farron Cousins: You just leave during the day.

Mike Papantonio: And so then we find out, well, no, this is a lot more serious than that. But the banking part of it, these guys, like I’ve always said, there’s some money that’s too expensive. Not for these guys. These guys were willing to push it to the limit so they could get another account. Right?

Farron Cousins: They don’t care about the red flag laws they have in place. Those are only basically customary, depends on who it is. If you’re a low level, you know, nobody, they’ll pop you for it. If you’re a Jeffrey Epstein.

Farron Cousins: You’ll get invited down to the island.

Mike Papantonio: DOJ, DOJ has done nothing meaningful in this case.

Mike Papantonio: They, they have a list of who they could go after. They know all the facts. They’ve done nothing. They’re still covering up. Wall Street, I call it the Caligula mentality. You know, there’s nothing so awful that they won’t be involved with for the right amount of money. And that’s what happened here.