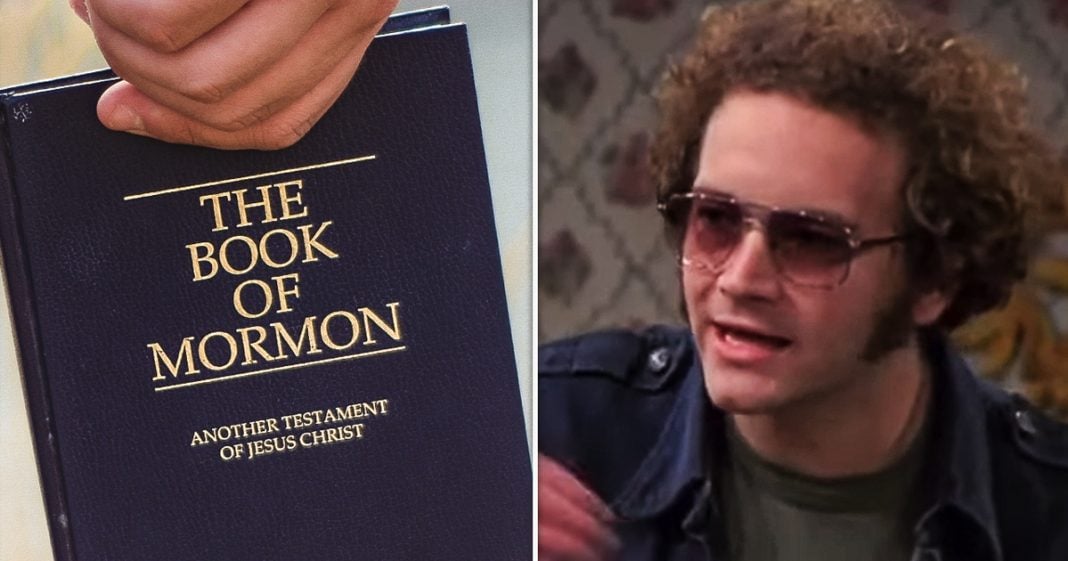 Unsealed court documents reveal a massive sex abuse cover up inside the Mormon Church. And The Church of Scientology is desperate to prevent the public from learning about their dirtiest secrets – but it may be too late. Mike Papantonio & Farron Cousins discuss more.

Mike Papantonio:             Unsealed court documents reveal a massive sex abuse cover up inside the Mormon church. Ring of Fire’s Farron Cousins joins me to talk about that and many other issues. Six years of sex abuse for a five year old, the Mormon church was told this is going on and what do they do with that material?

Farron Cousins:                  Now that we’re finding out. But this particular story is so disturbing, because not only was the father molesting his five year old daughter, eventually his wife got pregnant again. And then when the, the baby turned six weeks old, he began sexually assaulting that baby as well.

Mike Papantonio:             Yeah. All, all of this, all this story is it’s just a way in to talk to you and everybody about how dysfunctional, now I call ’em a cult. People can get mad at me. It’s a cult. I mean, if you really look behind this, the fact that these folks even got a tax right off to be a church is as ridiculous as the Scientologist getting a right off like that. But it’s a church of latter day saints. You had a, a, a man who was being treated as a pornography addict, goes to the Bishop, says Mr. Bishop, I have been molesting my, my, my five year old child. Spills the beans. The, the, the Bishop then goes to the lawyers, the national lawyers, not the local lawyers, but the lawyers who are calling all the shots and the lawyers says, whatever you do, don’t tell the police. Whatever you do, don’t report this to child welfare, where they can go in there and save that baby. That is the most disgusting. And you know what, when this case develops, they need to sue that lawyer right along with the church. That, that’s it’s, and, and, and he’s part of it. And from the other side, the church needs to sue that lawyer for malpractice, because this is blowing up like crazy right now.

Farron Cousins:                  It is. And, and what the church did was they had set up a tip line for their, you know, clergy members or even their regular members to report sexual abuse. So I mean, they knew the problem was bad enough that what they did was they set up this tip line. They said, hey, if you hear anything, you call the tip line. You don’t call the police, like you said. You don’t call authorities or DCF. Call the, call this tip line for us here and we’ll, we’ll handle it. Don’t worry about it.

Mike Papantonio:             Yeah. You know, you and I have done this story before about what the tip line is all about. The tip line is keeping it quiet. It’s like what you see universities doing right now.

Mike Papantonio:             College uni, colleges, universities all over this country, when a woman is raped, they take ’em first to a committee and that person then has to sign off to where I’m going to live with what the committee decides. It’s worse than arbitration because here you have the university that’s running the program. That’s the same thing that’s happening here. And you know, for, and, and first of all, there is no clergy, there’s no clergy privilege in Arizona. There’s about 20 states in the union that same thing. There’s no clergy privilege. So first of all, the lawyer committed malpractice, they need to be sued and they certainly need to be brought into this lawsuit as a necessary party.

Farron Cousins:                  Right. And, and another thing about the tip line that was really shocking in this massive report that’s come out was that they revealed that at the end of every single workday, the tip line workers were instructed, take all the records you took from that day, destroy them.

Farron Cousins:                  You do not keep anything. So basically at the end of the day, every day, it’s a clean slate. There’s no record of who you talked to. There’s no record of what was reported to you. There is nothing. And unfortunately this leads the people who call the tip line to think, okay, I did what I’m supposed to do. They’re gonna handle it. This guy’s gonna go to jail for a long time. I’m good to go.

Mike Papantonio:             They turned off 12,000 pages in a West Virginia lawsuit that is OMG kind of material because it shows you that the infrastructure of the Mormon church not only covered it up, but what they would do is they’d make it disappear and not, I mean like you’re talking, they destroyed documents. And the tip line is simply the way, it’s a hook. Get this person into the, to the church, handling the problem and we’re gonna make it go away. This story has just started. A matter of fact, you know, we handle these kinds of abuse cases. We’re getting calls from all over the country, primarily Mormons that are saying, hey, this happened to me too. This is, this is the beginning. And I promise you I’ll bring in any law firm that’s given that church the advice not to report this, I’ll bring ’em in as a necessary party. Part of a RICO if I have to.