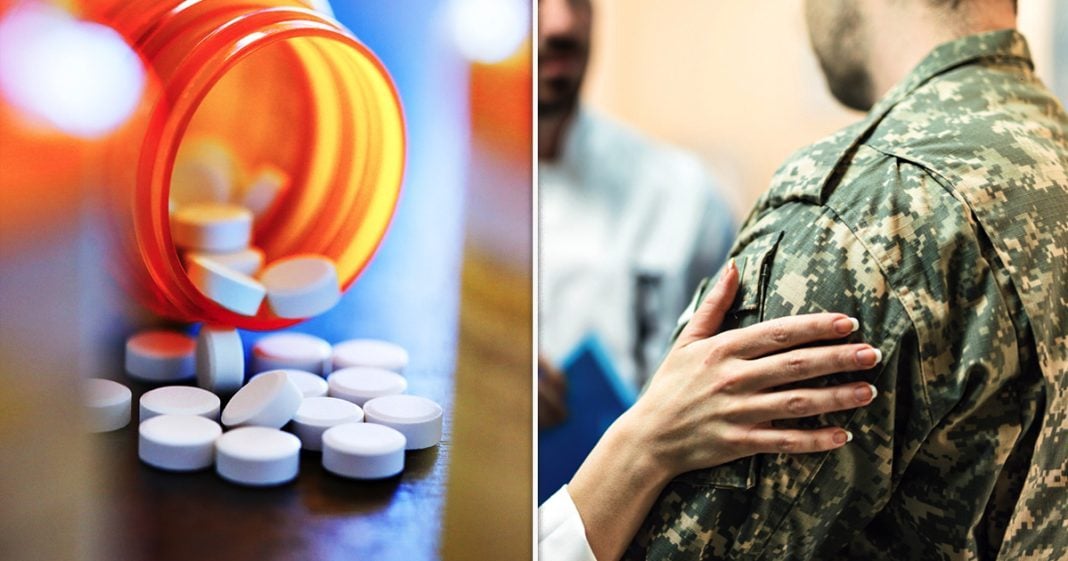 The Supreme Court has sided with doctors who over-prescribed opioid painkillers to their patients, basically running “pill mills” from their practices. Mike Papantonio & Farron Cousins discuss more. Plus, thousands of people may have been poisoned over the span of several decades from contaminated water at a military base. Mike Papantonio is joined by attorney Sara Papantonio to explain what happened.

Click here to find out more about Camp Lejeune lawsuits.

Mike Papantonio:             The Supreme Court has sided with doctors over, who overprescribed opioid painkillers to their patients. They were running pill mills. That’s what it was. And as you know, we handled the national, we’re still in the process of handling this national opioid case that’s going on. And there’s no question that the pill mill doctors knew exactly what they were doing. They knew they were killing 150 people a day. They knew exactly what the ramifications were of selling fentanyl in, in numbers that were just staggering. But the Supreme Court justice Breyer of all people, justice Breyer says, well, they didn’t get a good jury instruction because there wasn’t enough, there wasn’t enough emphasis on intent beyond a reasonable doubt. Pick it up from there.

Farron Cousins:                  And all of the evidence says, no, the intent is clear. These doctors understood that you’re giving people enough fentanyl to kill them and kill several other people.

Farron Cousins:                  there was no excuse. There was no reason or rationale for the amount of prescriptions these two doctors involved in this case were prescribing to their people.

Mike Papantonio:             Yeah. They had deals. Okay. They had deals with the distributors, the distributors, whether it was McKesson or AmerisourceBergen or Cardinal, they, they would pump pills into the pill mills. They would go to cities like, you know, where there’s a thousand people and sell 6 million pills through these doctors. These doctors were simply part from a RICO standpoint, they were simply part of that criminal conduct. And so I, I just, I, I looked at this decision on this. I go, wow.

Farron Cousins:                  But people always forget, none of this is possible without that prescription from the doctor. That is where it originates and that is where this plan basically takes off from people like these.

Mike Papantonio:             The, the distributors would actually, they would search the country and they would have lists of who ran the pill mills. And they would put more emphasis in those doctors. They would, they would do everything they could to implement as much material, as much narcotic going to that doctor as they could. It was part of their plan. And these guys, they were part of it. And the Supreme Court says, ah, they didn’t get a good, there was no, no good jury instruction on that. Really?

Mike Papantonio:            Thousands of people may have been poisoned over the span of several decades from contaminated water at a military base. Joining me to talk about this is attorney Sara Papantonio. This is a huge case. Might be the biggest case in the country right now that, why, why don’t you lay it out for us a little bit? Okay.

Sara Papantonio:              Well, it absolutely is huge. And, and it hasn’t been brought to light really until the last, let’s say 10 years. So what happens is there’s a camp in North Carolina called Camp Lejeune. It’s primarily a Marine base.

Sara Papantonio:              From the fifties to the eighties, the base’s water supply and everyone who’s drinking the water, was contaminated with very, very toxic chemicals, things that we call benzene, TCEs, PCEs. That went on for 30 years. For, so for 30 years, Marines, veterans and their families were ingesting these toxic chemicals without knowing about it.

Sara Papantonio:              So just today, 20 years, you know, 50 years later we’re really learning just how bad and just what kind of an effect these toxic chemicals are having on those veterans and those families that were stationed there.

Mike Papantonio:             What, what’s interesting about this, Sara, is every one of the chemicals you just mentioned if you go buy it in, however you go about getting it, it has a skull and crossbones on it. This is what people were drinking. Entire families were coming down with illnesses. Now, first of all, there’s 9 million service, 9 million service individuals that were exposed to this, right?

Sara Papantonio:              Right. We’re, we’re talking about the span of 30 years that these people had no idea what they were ingesting. And, and when you’re talking about a military base, people are coming and going, so up to 9 million people have been exposed to these dangerous toxins.

Mike Papantonio:             Yeah. Vinyl chloride, as you pointed out, benzene, tetrachloroethylene, which is, I mean, all of these things are, this is the type of stuff that they use to kill rats basically. And this is what these folks were drinking. It was detected in 1982. Is that right?

Sara Papantonio:              So they became aware of the issue in 1982, and they really didn’t do much about it until the late 1980s. And that’s when we had a group of scientists come in and actually measured the levels and measure the, the rate or quantity of exposure.

Mike Papantonio:             Well, I see one, for example, TCE, which you ever, which you, what you would agree is actually one of the worst that there was the, the, the accepted threshold. In other words, the, the, the number that the EPA gives, which to me is meaningless, because they’re a bunch of dopes, but even they say you should not have more than five parts per billion in that water. TCE was 1,400 parts per billion that, that families were drinking. They’re bathing in it. They’re swimming in it. They’re watering their gar, their garden with it. And so entire families have come down with these, these terrible diseases. Right?

Sara Papantonio:              Right. And when we talk about the diseases, it’s, it’s everything in between, you know, a few and far between. So we’ve got all kinds of cancers. We have all kinds of birth defects, Parkinson’s disease, miscarriages. I mean, just terrible, terrible injuries.

Mike Papantonio:             Sara, this was, this has been characterized and I wanted, I mean, I know you’ve been working on this case and it’s been characterized in, in two or three articles I’ve read as the worst chemical contamination in, in US history. And as you look at this, do you, you kind of buy into that?

Sara Papantonio:              So the VA is offering some compensation for veterans who have developed a, a small list of cancers or small list of injuries. The problem here is that the VA is not protecting the families. You don’t just have the veterans that were exposed. You have the mothers, the daughters, the sons, everyone who lived on the base with them. And as, at this point, they have no ability to recover for those injuries.

Mike Papantonio:             Mm-hmm. Okay. So the, so the list is birth defects, bladder cancer, breast cancer, cardiac effects, cervical cancer, esophageal cancer, female infertility, kidney cancer, leukemia, liver cancer, lung cancer, miscarriage, multiple myeloma, Non-Hodgkins lymphoma. I mean, this is the list that the, the, the government knew as early as 1982, actually, they, they should have known well before that. I think when we get into this, we’re gonna find they knew well before then. But certainly by 1982, they, it was clear that all of these illnesses that were, that, that were popping up from an epidemiology standpoint, I mean, the numbers were staggering. And nevertheless, they let it ride for a long time, didn’t they?

Sara Papantonio:              Right. When you, when we’re talking about TCEs, PCEs, benzenes, you don’t just take remedial action to clean the water. You close those water supplies down forever. Don’t let anyone touch them ever again because these, these toxins are so dangerous.

That’s all for this week, but all these segments are gonna be available in the coming week right here on this channel. And you can follow us on Twitter @americaslawyer. I’m Mike Papantonio and this has been America’s Lawyer where every week we tell you stories that corporate media won’t tell you because their advertisers don’t let ’em or their political connections just don’t allow for it. We’ll see you next time.