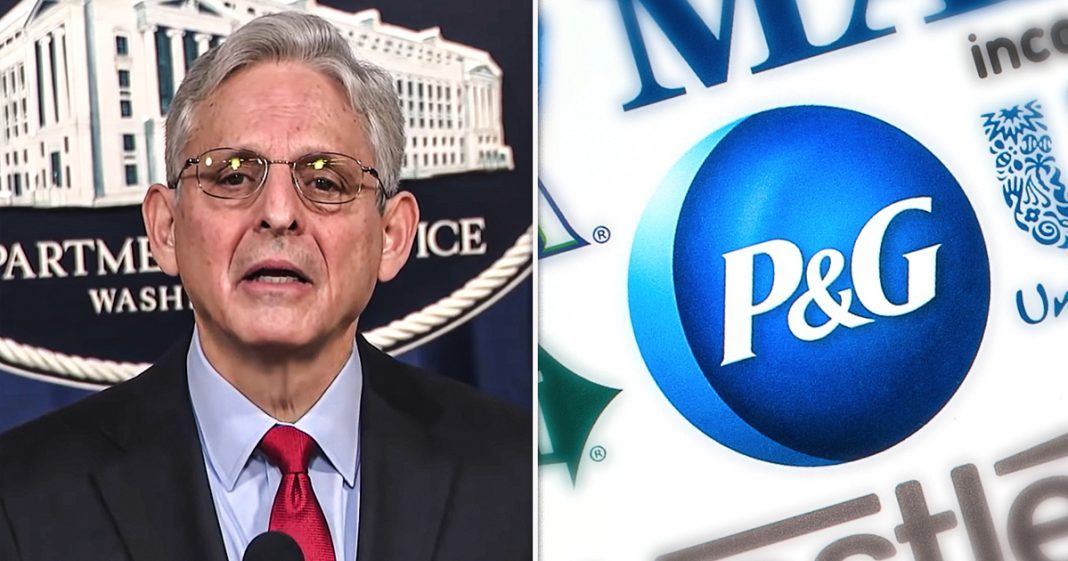 There’s never been a better time to be a white collar criminal in America, as prosecutions have hit a new low under the Biden Administration. Also, Procter & Gamble is being accused of discrimination after it was found they are paying a Black-owned contract company far less than the white-owned companies. Mike Papantonio & Farron Cousins discuss more.

Mike Papantonio:             There’s never been a better time to be a white collar criminal in America, as prosecutions have hit a new low under the Biden administration. What a surprise. I remember, I remember again, this isn’t politics, God forbid I’m not a right wing conservative. I’m simply making a statement that tells you what are the balls and what are the strikes. Under the Obama administration, right, his promise was Wall Street has stolen $8 trillion from us. I’m gonna do something about it. Remember the campaign? I, I was actually on talk shows telling people that, that, that vote for this guy because he’s gonna do that.

Farron Cousins:                  It, it didn’t happen. And then of course, you know, because during the Obama years, we did see a decline in these corporate prosecutions. Trump came along, the decline went even further and every year of the Trump administration, you and I did a segment when this same report came out.

Farron Cousins:                  I think Public Citizen is the one who does it. They’re phenomenal with it. And we talked every year, they’re down from the year before, Trump’s not prosecuting these people. Okay. Well now we got a full year of Biden under our belts. Same report comes out and says, hey, guess what? As bad as Trump was.

Mike Papantonio:             Yeah. Why again, I’m gonna throw this out there again until you’re tired of me asking this questions, why? It, isn’t it the same issue that the politicians are afraid that they’re gonna, they’re gonna lose money if they go after the people that have the money. Regulators are looking for jobs, they’re never gonna do what has to be done. Corporate media, most of the time is totally asleep at the wheel or they have some big advertiser who can.

Mike Papantonio:             Advertisers spending a gazillion dollars on NBC or CBS. They’re not gonna do a story like this. So how do, you know, where, where does it stop, unless we have, unless we have a Department of Justice that takes it on themselves and just goes after these folks, right?

Farron Cousins:                  Well, the problem with the DOJ is, is usually even much worse than we see at these other agencies because it gets stacked with these lawyers who come from these law firms that, oh, you were just my client, you know.

Mike Papantonio:             Okay. HSBC, washing money for terrorists. We’re handling that case. You know, we, we, we are the people handling that case where the, the banks were washing money for terrorists. HSBC signs a 16 page document. In there they say, yes, we did wash money, billions of dollars. Yes, we knew that human lives were at risk, contractors lives from all over the world, soldiers from all over the world at risk. We knew what we were doing. We understood where the money was going. It’s right there in 16 pages, they admit all of it. Do you know what was done? Eric Holder under Obama, you know what happened? Nobody was even criminally investigated. Nobody, nobody went to jail. They fined ’em a hundred, they fined ’em $1.6 billion. What did they, who paid for that $1.6 billion?

Farron Cousins:                  Most of that gets shifted back onto the taxpayers through all of these loopholes and ,you know, clever accounting methods. And of course they made way more than $1.6 billion.

Mike Papantonio:             Okay. So, so here’s what is happening now. We have bid rigging going on from Wall Street, insider trading, lying to investors, spying on American citizens, big tech is outta control and this administration is asleep at the wheel. Now Biden in his mind, he might think something’s happening. Who knows? I don’t know what’s going on in the guy’s mind. But nothing is happening.

Farron Cousins:                  Because he’s a big friend of corporations, terrible on environmental issues. And he’s no different, even worse actually, as attorney general of the United States.

Mike Papantonio:             Procter & Gamble is being accused of discrimination after it was found that they’re paying a black owned contractor company far, far less like one, just almost half the amount.

Farron Cousins:                  It’s, it’s ironically three fifths. So they’ve come up with this little three fifth’s compromise, I guess you would call it, for this black owned contractor doing the same thing for Procter & Gamble that all of these other white owned businesses are doing. And it’s not like they were late to the game. This company again, owned by this black individual, has been doing business with Procter & Gamble since 1987.

Farron Cousins:                  Well, right. Well, well before that too, though, Procter & Gamble to your point here, they’ve got all kinds of pages online about how they’re an all inclusive company, no discrimination, zero tolerance. We accept everybody. We treat everybody fairly. And that is, as you say, that’s their virtue signaling.

Farron Cousins:                  Because when you get into the documents, when you start seeing what’s, you know, on paper, it has nothing to do with reality. And this month we see it happening with corporations all across the country because it’s pride month. So everybody changes their logos to the rainbow flag.

Farron Cousins:                  Acting like we’re so inclusive. We care so deeply. No they don’t. None of these corporations give a about anything except for dollars.

Mike Papantonio:             I think of Exxon, you know, you did the Exxon story. I don’t know, honestly, I don’t know anybody who really knows more about Exxon than Farron Cousins. But you’ve done these stories about where Ex, what Exxon knew all the way back to the fifties. About they knew that global warming was taking place. They knew exactly what it was. They knew they were, that they were in part responsible, fossil fuels were responsible. But Exxon, tell me what they do with that.

Farron Cousins:                  Yeah. They, they, they take all that money they make destroying the planet. They go to the corporate media, they buy these ads touting Exxon’s research into renewable energy. And it’s got all kinds of fun graphics and animations, showing we’re, we’re making fuels from biofuels. We’re, we’re looking into solar. We’re looking, they’re not doing any of that. They’re, they’re hoodwinking the public into thinking they’re one thing. But again, just like Procter & Gamble behind closed doors, they couldn’t care less