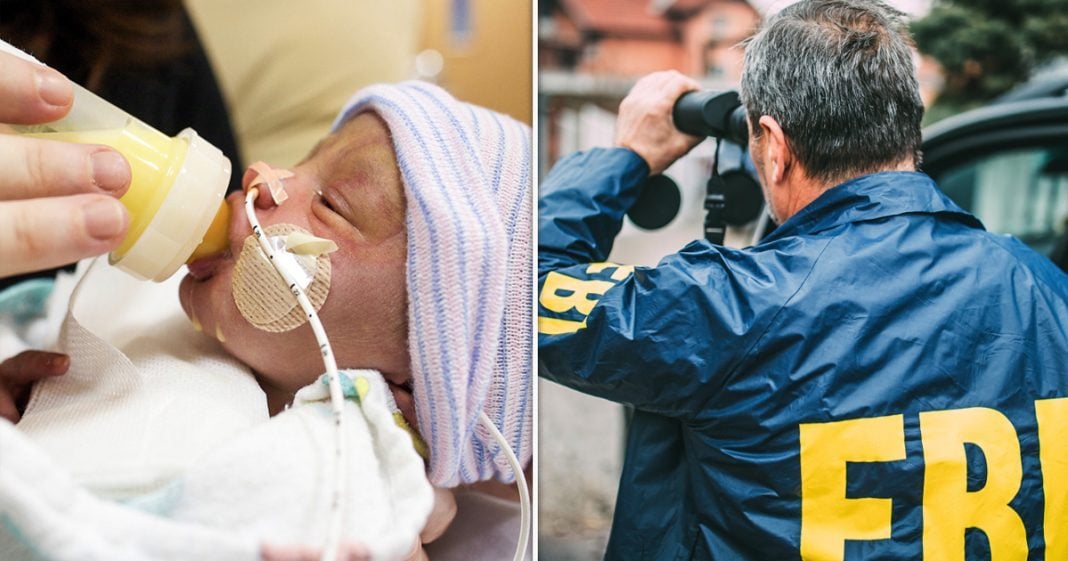 The biggest producers of baby formula on the planet have been pushing their products relentlessly to consumers. And now that a devastating disease has been linked to their products in premature babies, the public is finally starting to pay attention. Mike Papantonio is joined by attorney Sara Papantonio to explain what’s happening. Then, the Supreme Court issued a ruling that will make it almost impossible to sue federal agents. Mike Papantonio & Farron Cousins discuss more.

Mike Papantonio:   The biggest producers of baby formula on the planet have been pushing their products relentlessly to consumers and now that it’s been a devastating disease that’s been linked to their products in premature babies, the public’s finally starting to pay attention. Attorney Sara Papantonio joins me to talk about what’s happened. Sara, this, this story is so bothersome because we understand somewhere in the range of could be 3000 preemie babies dying every year because of this product. Lay, lay the story out for me, if you would.

Sara Papantonio:    So this is a story about the, the baby formula industry. For decades now, what we’ve seen is a dramatic increase in the rate that children and, and, and infants are for, fed formula and a dramatic decrease in infants that are fed breast milk. And that’s all at the hands of the formula industry. So what that comes with is when we have premature babies who are born thirty six, seven weeks or before they’re being fed baby formula instead of breast milk in order to increase their growth, which is a false narrative put on by the industry. But what’s happening is those premature babies aren’t able to digest the enzymes within that, that formula. It’s a cows milk formula. And as a result, it’s causing their intestines and it’s causing their organs to break down and necrotize in a disease we call necrotizing enterocolitis. So you’ve got a, a, a newborn baby, the most vulnerable population of infants that we could possibly have ingesting a cows milk formula and as a result, their, their organs are essentially shutting down on them and they’re dying as a result.

Mike Papantonio:   Yeah, they, when they do the autopsies, they’re finding that basically it’s, it’s the entire gastrointestinal system is turned into almost dust, like a film in a dust. And the agony the child goes through. Sometimes when I read this story, I, I, to me, I read a story where a nurse who used to work specialized with these children had to stop working, because she couldn’t stand the screaming, the pain that the kids were going through as their dying, these, these preemie babies. So the first thing that they’re introduced to in the world is this kind of suffering. The industry knew, and they have known, they wasn’t it 20, it seemed like 2009 everybody really started talking about the fact they asked the industry, why are you going out there and discouraging breastfeeding? Why are you discouraging mother’s milk? Well, we know now, don’t we?

Mike Papantonio:   Because they’re making so much money.

Sara Papantonio:    And, and that’s, what’s so disgusting about this story is it’s suffering that these children never had to go through. You know, since as early as the 1990s, what we know is that cow’s milk formulas cannot be properly digested by premature infants. But what these companies are doing instead of promoting that message and promoting safe, safer alternatives, they continue to promote their formula. They continue to run media scare tactics against mothers and families to make them fearful of breastfeeding their own children because that’s, you know, when I start getting really concerned when I see a company starting to take marketing tools out of the playbook of tobacco.

Sara Papantonio:    And when I see a baby formula company taking marketing tips from a tobacco company, that’s when my eyes really, really start.

Mike Papantonio:   Well, you, you, when you started looking at this case, I, I know the thing that was startling to me is I looked at the adver, I looked at, first of all, I looked at the PR firms. They’re using exactly the same PR firms that we ran into with tobacco and we ran into it with opioids, same evil empire Madison avenue sociopaths that were telling the story. We actually compared ads where you had one ad that’s a tobacco ad and one ad that was a child, a, a preemie, well it was a formula ad, it looked exactly alike. You had the doctor saying, this is what you need. Tobacco you had doctors, you had the message doctors choose this cigarette to smoke as crazy as that was.

Mike Papantonio:   But it’s the same PR organizations, isn’t it?

Sara Papantonio:    Right. I mean, for every study, for every publication that says do not feed premature infants this type of formula, the baby formula industry stacks up about five times the amount of touchy, feely advertisements that they push and push and push to the public so that they don’t see the true nature of the products that they’re giving these children.

Mike Papantonio:   Sara real quick. I mean, I just want to really land this, but the truth, truth is there’s plenty of science that shows that this baby formula that’s being set, that’s being sold by Abbott, by Mead, by Nestle. I’ve never seen such, I mean, when you look at Nestle’s history, you go, my God, these people should be in prison, not selling products to the American consumer because of their, just Google it and I know you have, but I’d love the people who watch this program, just Google Nestle and Google all the awful things that they’ve been fined for. They’ve, they’ve paid, God knows how much in fines because of their conduct. They’re the ones running this industry, aren’t they?

Sara Papantonio:    Absolutely. This is a $55 billion industry and they’re spending a big chunk of change of that on public opinion.

Mike Papantonio:             The Supreme Court issued a ruling on Monday that’ll make it almost impossible to sue federal agents. Wow. Tell me about this case.

Farron Cousins:                  This, this is a very bizarre case and, and it’s one that basically undo a ruling from 1971, because the Supreme Court precedent isn’t a thing anymore. But it says, listen, if you have these FBI agents or whatever federal agents it are, it is, that violate your fourth amendment rights.

Farron Cousins:                  So instead of taking an individual agent who acted, you know, in a rogue manner and holding them accountable, you now little average claimant have to go up against the power of the United States Department of Justice. And I think we both know how that’s going to end for the person trying to file a lawsuit here. You, as the average person are not going to beat the whole DOJ. That’s what they do.

Mike Papantonio:             Well, they can put limitless money up against you. They can make it impossible for you to even show up in court. They can, you know, they, they can handle it all kinds of ways to where they put so much pressure on you that you just say, look, you know, maybe it’s not worth it. And that’s what this ruling does.

Farron Cousins:                  It, it really does. And what it also does is it gives the green lights for any of these federal agents who maybe think like, ah, I don’t wanna waste time on trying to get a warrant. I know now that I can’t really be held liable for this. I’m gonna go ahead and do this. We’re gonna violate your constitutional rights because you.

Farron Cousins:                  It’s the same thing we see with police officers with qualified immunity. This is basically just expanding it to defense.

Mike Papantonio:             That’s all for this week. But all these segments are gonna be available this coming week right here on this channel. And you can follow us on Twitter @americaslawyer. I’m Mike Papantonio and this, this has been America’s Lawyer where we tell you the stories that corporate media won’t tell you because their advertisers won’t let ’em or because their political connections just don’t allow for it. We’ll see you next time.