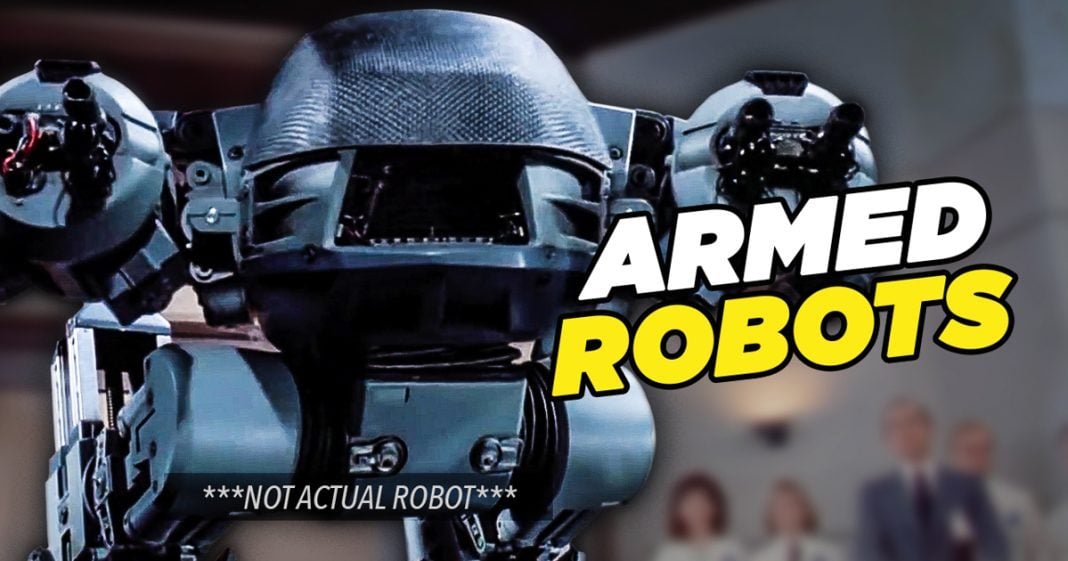 The city of Oakland, California is hoping to use armed robots to kill suspects in the near future. Mike Papantonio & Farron Cousins discuss more.

Mike Papantonio:             The city of Oakland, California is hoping to use armed robots to kill suspects in the near future. All right. This story is just another story about the weaponization of local police, isn’t it? We’ve done this story so many times. You know, Barney Fife gets in a new tank. Barney Fife gets a rocket launcher in some, you know, podunk town in the middle of Mississippi or Florida or Alabama. So, so this is kind of one of those deals, isn’t it? They, they have this thing that is designed for a certain use, but now they wanna arm. It this robot they want to arm and put actual active, dangerous.

Farron Cousins:                  I, I know it’s, it, it’s not funny, but it is kind of funny because you really do have these cops. They get all these toys, these weapons of war from the, you know, military program that sends the surplus out to police officers and say, okay, well we got this little, it’s described as basically a Roomba with tank treads on it. And it’s supposed to be used to go in and disarm bombs.

Mike Papantonio:             Yeah. And I can make the decision to do that. I ought to have the autonomy to make the decision, are they a threat? Because we’re using active weapons, active ammunition right now. Now, so, so where this started was this started with what they call a pan disruption cam, it’s a, it’s a robot that’s designed to do things like, you know, shoot heavy amount of water to disarm or various things they can use to disarm somebody who might be holed up in a house, for example. But now it came up at one of the council meetings, somebody raised, hey, can’t we just arm it with shotgun shells and just take ’em out? I don’t think it’s gonna go anywhere, at least, at least for a little while. But I would hate to think that some cat out there saying, I don’t think we can do anything about getting them outta that corner in the house. Let’s go ahead and blow ’em away. Right?

Farron Cousins:                  Yeah. And, and the reason we even have that program is because these military contractors like Lockheed Martin.

Mike Papantonio:             If you’ll look at it, it was, when it first started, it was actually the manufacturers, the designers of these weapons that were giving them to ’em. And then it said, well, why don’t you military give ’em your old stuff so you can buy some new stuff from us?

Mike Papantonio:             It’s all about the weapons industry, getting their ugly hands on more money.