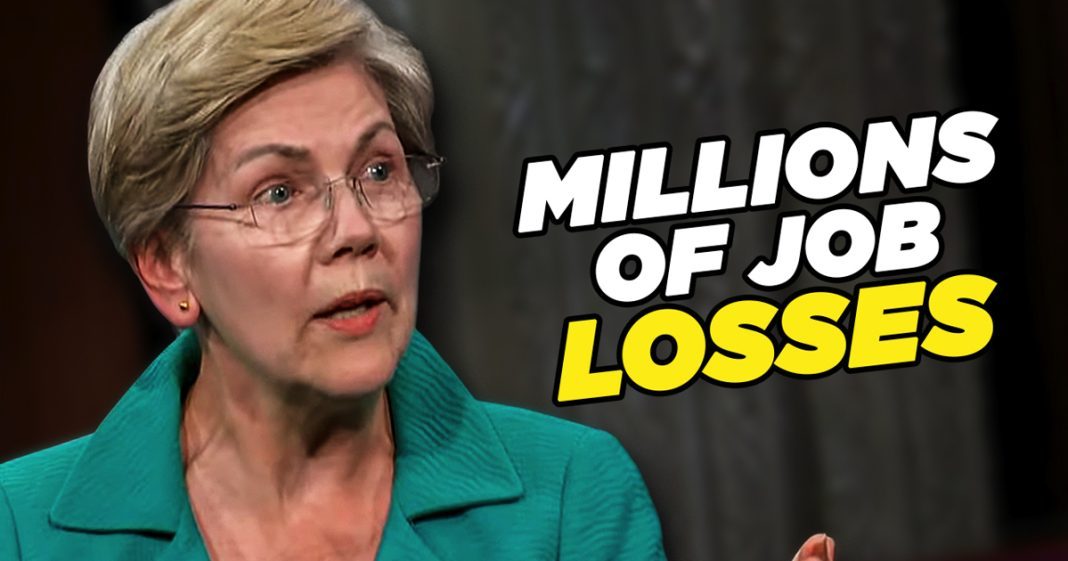 Mike Papantonio:             Elizabeth Warren recently tore into the Fed chair for punishing struggling Americans. Thank you Elizabeth Warren. God bless. What does it take for her to get a position of leadership where, I mean, she’s obviously a vocal leader, but I’m talking about, why don’t, why can’t we think of her as somebody who could be the president of this country? I mean, what, what, what is that? This woman’s brilliant and she’s, she’s called it out hasn’t she? She said the Fed is outta control. The Fed keeps, you know, raising interest rates and putting people outta work.

Farron Cousins:                  Yeah. And, and it’s, you know, slow walking us right to recession. I, I think the fears have subsided a little. We still could be looking at one, you know, middle of next year or early beginning. So the Fed is getting all these warnings and that’s what Elizabeth Warren is doing and she was also joined by Bernie Sanders and Katie Porter.

Farron Cousins:                  But Elizabeth Warren, again, most vocal on this, telling him, you’re putting Americans out of work. When you raise these interest rates, and the Feds admitted that’s the goal, we want more people outta work. And you’re punishing the struggling people instead of the corporations price gouging us every day.

Mike Papantonio:             Isn’t the math easy? I mean, isn’t it easy? You raise interest rates. A corporation says we need to cut back because we need a certain, we gotta keep, we gotta keep a profit margin.

Mike Papantonio:             And whatever they have to do to keep the profit margin, they’re gonna do it. Whether it means laying people off, they’re going to take, they’re gonna take benefits away from workers. They’re going to pay ’em less money. They’re gonna make it very difficult for the American worker because they can. And that’s what the Fed says, that’s a good idea. That’s exactly what we want. And, and as we’re looking at this, you, you pointed out just now, there’s an easier way to do it, isn’t it?

Mike Papantonio:             But the president and the Congress, I’ll be damned if they’ll say, you’re gonna stop your price gouging to, to, to the energy industry or to the pharmaceutical industry. It’s easy to do.

Farron Cousins:                  And, and we know exactly why. We, we have another story, once again from Common Dreams because they put together, they crunched the numbers. They found that all of these pieces of legislation that were gonna fight corporate price gouging on average more than 1000 corporate lobbyists per bill going to DC to make sure these things never happened.

Mike Papantonio:             2,600 lobbyists went to DC when they started, when we started talking about we can, we can have price controls, we can stop, we can have windfall taxes, we can stop all this. They sent 2,600 lobbyists to stop it. And these bonehead bottom feeder politicians, you know, Joe, just give me a little extra money on my campaign and, and we’ll, we’ll look the other way. That’s what they’re doing.

Farron Cousins:                  No, we’re, we’re gonna end up having to get unemployment up to 10% if we want to hit that number. And of course, that means people suffer instead of addressing the real causes of these problems. And again, we’re at the point, the United Nations.

Farron Cousins:                 You have to stop this. And Warren, Sanders, Katie Porter, they, they know the plan. They know what to do and that would work. But nobody wants to listen to these people because they make too much sense, I guess.

Mike Papantonio:             Yeah, profiteering is fine as, but the other side of it, let’s let corporations profiteer, let’s let ’em price gouge. And oh, by the way, as we do that, we’re gonna take benefits away from workers. We’re gonna, gonna lower their wages. We’re gonna make it more difficult for them to get jobs. This idea of any flexibility where a worker has right now, it’s gonna disappear.