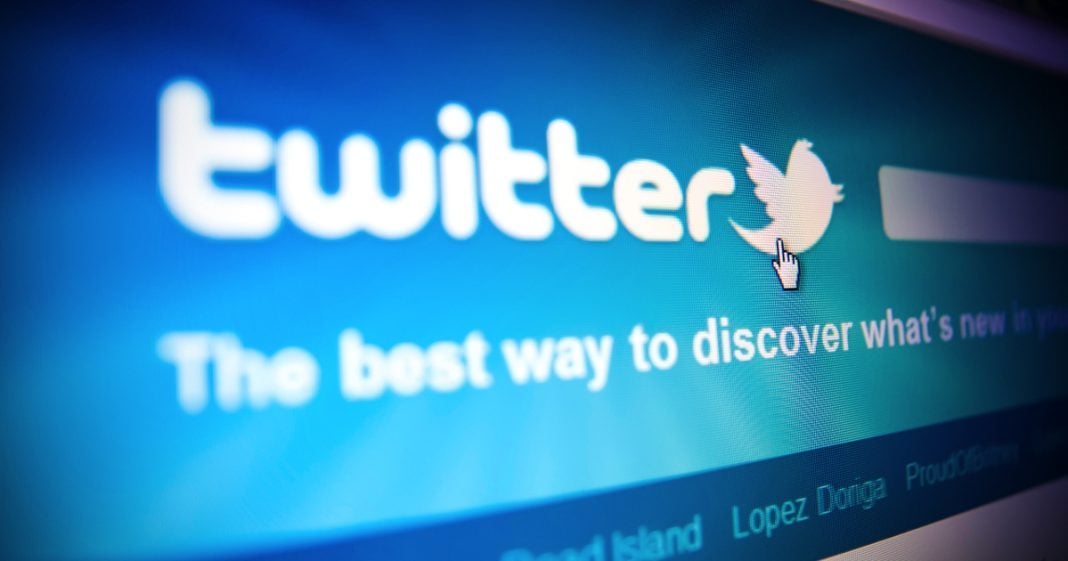 Some clever Twitter users managed to wipe out billions in worth for major US corporations –by pretending the companies were actually doing something good. Mike Papantonio & Farron Cousins discuss more.

Mike Papantonio:             Some clever Twitter users managed to wipe out billions worth of major US corporation stock by pretending that the companies were actually doing something good. God forbid they should do something good, Farron. But joining me to talk about that is Ring of Fire’s Farron Cousins. Yeah, that’s the irony that you said, before the show, that, that God forbid they should do something like give out insulin for the right price. Right? Pick it up from there.

Farron Cousins:                  Yeah. So, once they unveiled Twitter Blue last week, which has already been suspended, but people were able to buy the little blue check mark to make it look like it was an official account.

Farron Cousins:                  So the pranksters, the smart folks, I gotta say they’re not just pranksters, they’re very smart. They buy these handles that make it look like we’re Eli Lilly or Lockheed Martin. They get on there, they tweet, Eli Lilly says, we’ve, we’re announcing insulin is now free for everybody. Lockheed Martin, the fake account tweets out, we’re gonna stop selling weapons to Saudi Arabia. And immediately the stock market freaks out. Both of these companies just saw, I mean, you look at the charts, it’s just an immediate drop. $15 billion in wealth wiped out.

Mike Papantonio:             Well, it was impersonation scam they went on. It was fairly sophisticated, but it was well done. And, you know, to me that is the message. Can you imagine that Eli Lilly, who we’ve sued so many times, they’re, they’re just one of the corrupt drug companies. I’ve been across the table in depositions with these folks wondering, am I gonna make it outta here because I’m surrounded by sociopaths on the other side of the table? That’s how these companies think. But God forbid, I mean, you know, what is it a thousand, it was 10,000, 10000% markups sometimes that we see drug companies, 2000, 10,000, 5,000 markup. We, the latest story was on COVID vaccine where they wanna raise 10000% increase.

Mike Papantonio:             Okay. Well, that’s nobody’s fault, is nobody’s fault except Congress. Okay. They could stop it immediately. They could, they could end all of this immediately. But what I loved about this story is it called attention to the fact of just what money grubbers these folks are. And God forbid somebody should do something good, which is what these stories were. Right?

Farron Cousins:                  Yeah, absolutely. And, and it, to me, it also shows that guess what the public, I, I know we, we always talk about, it feels like people don’t pay attention, what they posted on these fake Twitter accounts, it shows that there are people who pay attention.

Farron Cousins:                  There are people who do understand what Lockheed Martin is doing, what Eli Lilly, what Nestle is doing.

Farron Cousins:                  There was another Nestle one, and God, you and I have gone hours talking about the, Nestle might be the worst company on the planet.

Farron Cousins:                  And people are understanding that and they’re calling these companies out with this, you know, blue check mark, which I think is brilliant. I like it.

Mike Papantonio:             Yeah. I think sometimes on this show we do, we do wonder, is it getting through, because some of these stories that we do, corporate media doesn’t do.

Mike Papantonio:             And the, but you have people out there that are so smart. I mean, they are, they’re brilliant and they find the backstory. And I’m always really happy about that. And this is a good example.

Mike Papantonio:             You had to know the backstory to pull this off. And every now and then, you know, sometimes it’s frustrating. We do stories and we go, God, is anybody listening? Because corporate media’s not telling the story. But the, the further I look, and this is a great example, people are paying attention.

Farron Cousins:                  It, it gives me hope. I, I know everybody, you know, oh, is Twitter gonna tank, is Twitter gonna, this isn’t even really a Twitter story. This is a story about, there’s people out there that are paying attention to the abuses of corporations. They’re calling them out and look, again, they spent 16 bucks combined and they wiped out 15 billion in wealth for these evil companies.

Mike Papantonio:             I can promise you they’re not going anywhere. I saw a great a quote. I forgot what magazine it was. Comedy is legal again on Twitter. And that’s kind of the new, that, that’s kind of the new feel I think that Musk is looking for. You know, again, I know you’re no fan, I’m no fan of Elon Musk, but something had to be done. And I think maybe this shakeup does, does help in a lot of ways.