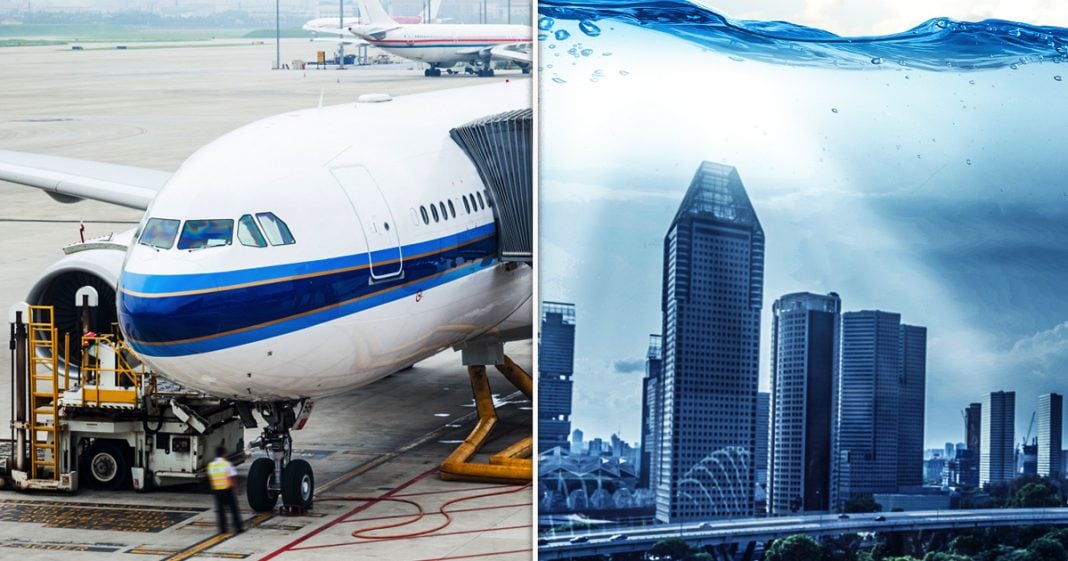 The Biden administration has made a dangerous decision to NOT regulate chemicals from jet fuel that are contaminating water supplies for millions of Americans. Also, a banking executive is in hot water for saying that nobody cares if Miami is underwater in 50 years due to climate change. Mike Papantonio & Farron Cousins discuss more.

Mike Papantonio:             The Biden administration made a dangerous decision on not regulating chemicals from jet fuel that are now contaminating, contaminating water supplies. Now this was an affirmative decision that the Biden administration made after the Trump administration started it. They, now think about this. A, we know that jet fuel, if you’re living near a military base, is probably in your drinking water. B, we know that it causes neurological disease. We know it causes birth defects. We know it causes cancer. But you know what? We’re not going to allow you to report the amount of this jet fuel that’s in your water. We’re gonna stop you from doing it.

Farron Cousins:                  Yeah. This is a horrendous decision by this administration. Like you said, this happened under Trump. They said, we’re no longer gonna regulate this. We’re not gonna do anything. You’re just gonna have to drink your jet fuel and move on with life. So the Biden administration, as usual people say, oh, good environmental protections. Nope. Biden’s EPA says, yeah, we’re not gonna touch it either and of course, I think a big part of it as you mentioned, you know, from the military bases, if we have to crack down on that, then, oh my God, contractors may not get money. They may have to pay people when they get these, you know, cancers and this affects brain development.

Mike Papantonio:             It’s a perchlorate. Okay. And we know a lot more about perchlorate than just, than, we know that it causes birth defects. We know causes neurological disease in, in adults, just like children. We know it causes cancer. This, there’s a lot of material on this. And so the administration has said, and all, all we want is like a state to have information so they can say to people in the community, you might want to know that we have toxin in your drinking order and it’s coming from the, from the military base right next to you. The contractors, buddy, they went crazy when, when this was on the table. The contractors fought desperately to keep this a secret. They didn’t even want to, they didn’t even wanna raise this. They didn’t wanna talk about the fact this, that this, this chemical is in drinking water. Now, the administrations bought into it totally and, and the Democrats were the ones who were so critical at Trump when he made it happen.

Farron Cousins:                  Well, and, and that’s the big problem here too. Again, you have all these people who really were up in arms. All these environmental groups spoke out against Trump. They filed these big lawsuits. Okay. But now, now the guy that you told us was gonna to do this, where’s the outrage now? You have to carry it over because this isn’t a partisan issue. This is people are gonna die because they’re drinking poison and our government’s doing nothing about it.

Mike Papantonio:             Yeah. Now it’s okay. Now it’s not, it’s not that freak, we agree, he’s a freak, Trump doing it. Now, this, this tired old man who can barely stay awake and he doesn’t probably even know what’s happening here. And so, so, but now it’s okay.

Farron Cousins:                  Yeah, you’ve got Stuart Kirk, who is actually the head of responsible investment, I mean, responsible investment. He goes to this conference and he stands up and he says, listen, nobody cares if Miami’s gonna be under six meters of water a hundred years from now, or even 50 years from now, you know, so that shouldn’t affect any of your investments. And what he did, not just this horrible statement, but he is really exposing this corporate mentality of climate or, or even the congressional mindset of climate change is, who cares? Because we’re all gonna be dead.

Mike Papantonio:             Yeah. It’s a climate change story. We say it all the time. This isn’t gonna get any hits on this network. It never, people don’t care about climate change. They say they do, you know, when they’re trying to, when they’re trying to send a signal, I guess that they really care, but they won’t go to this story. They won’t follow this story. But I gotta tell you something. This is what this guy says. These are his words. At a big bank like ours what do people think the average loan length is? It’s six years. What happens to the planet in seven years is actually irrelevant. It’s not our problem. It’s on our loan book. For coal, what happens in seven years is irrelevant. This is the guy standing up in front of a huge room of bankers who are applauding him saying, yeah, yeah, yeah. Who cares? This is the corporate mentality. This is why we can raise hell about climate change and nobody pays it attention because you have these piggish psychopaths, these oddball piggish psychopaths and now finally the veil is removed one more time. We see what, that they’re a bunch of pigs at the trough. That they don’t care about this planet. It’s not gonna go anywhere. This will, this.

Farron Cousins:                  I will say, it’s very funny you read that because I actually had it marked and starred right here to read as well, because that is the quote folks. That is exactly what he said and that’s the corporate mentality.

Mike Papantonio:             Right, right. Who cares if your grandchildren are drowning? Who, who cares? These are pigs.