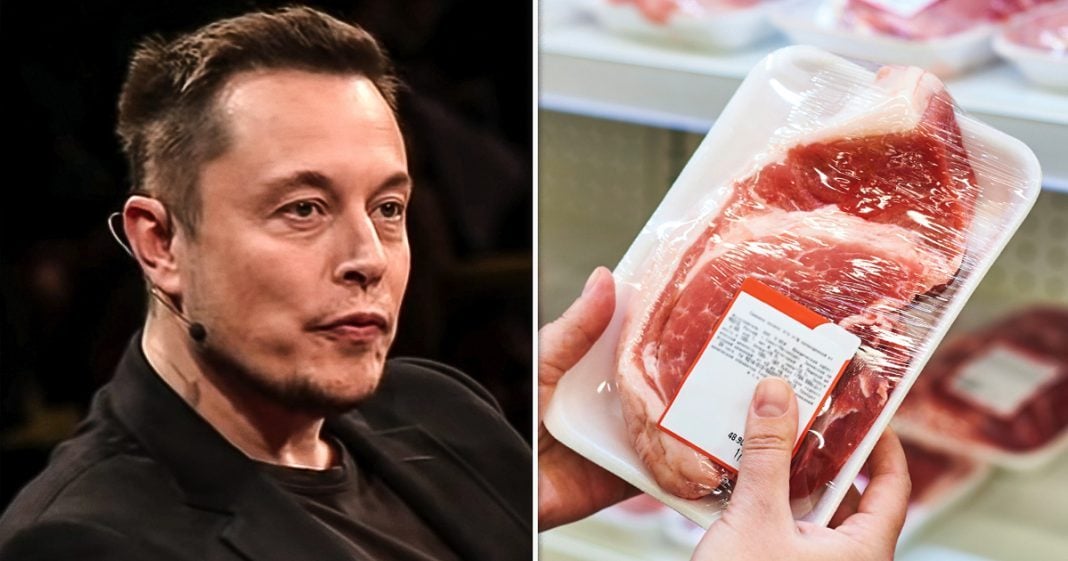 An analysis of IRS data has revealed that the wealthiest Americans are paying income tax rates far lower than working class Americans – and the usual suspects are the ones paying the least. Also, the meat packing industry helped push for an executive order that allowed them to stay open, but resulted in the deaths of hundreds of workers. Mike Papantonio & Farron Cousins discuss more.

Mike Papantonio:             An analysis of IRS data has revealed that the wealthiest Americans are paying income tax rates far lower than working class Americans and the usual suspects, well, they’re the ones paying the least. No surprise here. Great article done by ProPublica. I don’t know how they got the material. I mean, they, this is hard work to get this material, pick it up.

Farron Cousins:                  Yeah, absolutely and of course, you know, we’ve got all of these individuals. These are the top 400 wealthiest people in the United States. Many of them paying tax rates in the low teens or very high single digits.

Mike Papantonio:             Add to that, that these are the same people that have offshore banks.

Mike Papantonio:             These, this is money we never see, you understand. They offshore the money, a corporation offshores the money. And then we have to plead with them, oh, will you please bring your money back in from the Isle of Man? And they say, well, if you’ll negotiate with us and so they negotiate, the money comes back in only when the feds agree, well, we’re only gonna make you pay 5% on that money.

Farron Cousins:                  Well, it is, you know, and, and we discussed, because it was revealed a couple years ago that there is this building down there, I think in the Cayman islands, it’s just this building and there’s nothing but a bunch of PO boxes in there and in there are the PO boxes of some of the largest corporations and the wealthiest individuals because that’s their address. That’s, that’s where they officially live so they can avoid paying these taxes. It’s crazy.

Mike Papantonio:             You did, you did a story one time in the, in the trial lawyer magazine and the number was staggering. It was 400 billion dollars. Was, is that number correct?

Mike Papantonio:             The meatpacking industry helped push for an executive order that allowed them to stay open, but it resulted in hundreds of deaths of the workers. Remember we covered this.

Mike Papantonio:             When the, as soon as this all started happening, we started covering this story because we were getting people calling and, and they’re saying, look, I think I have COVID and they’re making it sound like I simply have a flu. And they would go to work and they would then infect everybody around them. And people died in these meatpacking, in this meatpacking the numbers were staggering compared if you just took their numbers to the normal population, the numbers were staggering.

Farron Cousins:                  Well, there was a time in this country when more than 10% of the COVID cases were coming from meatpacking plants. I mean, that’s how bad these conditions were for these workers. And so what happened here and this is a truly disgusting stories. All of these CEOs get together. You have Smithfield, you have Tyson, you have the national chicken group, whatever they’re called. They’re all having these phone calls with each other saying, what can we do?

Mike Papantonio:             What happened there? Don’t you remember the meat shortage crisis?

Mike Papantonio:             Immigrant workers, putting them in this meatpacking business. If they died, they simply shipped them home. Chamber of Commerce loved that.

Farron Cousins:                  Yeah. And you just replace them with the next man up in line there. And you got this endless supply of expendable labor as they like to look at it.

Farron Cousins:                  And, and then of course it goes deeper. They’re having these phone calls, they’re saying, oh whoa is me. What do we do? And then I think it was the Tyson CEO came up with the brilliant idea. Let’s write the executive order ourselves.

Farron Cousins:                  And send it through Mark Meadows because they had this, you know, direct line to Trump’s chief of staff. He puts it in front of Trump. And of course it gets signed because, hey, we’re in a meat shortage. Everybody needs to eat. And that’s how they framed it because the meatpacking industry made them frame it that way. They were allowed to craft the talking points. They drove the narrative and they put hundreds, if not thousands of people into early graves, just so we could have bacon back on store shelves.

Mike Papantonio:             No. This administration has not changed the directive. The Chamber of Commerce again, we always, I don’t know why people miss this story. The border is not about compassion. Trust me. It is not about compassion. It’s about bringing in workers in the United States. If they’re on the job site and they lose an arm, no problem ship ’em back. If they’re working in a meat factory and they die of COVID that could have been prevented. No problem. Ship the body back. They don’t have to pay workers compensation for that. There is no lawsuit that they’re gonna collect on there. They, it’s, it’s expendable labor as you put it. And that’s part of the program that’s happening right at the border right now. And everybody’s looking at ,and the media is totally missing the fact that’s being driven by the Chamber of Commerce and Biden bought into that.

Farron Cousins:                  Well, and Tyson foods has been one of the leaders through the Chamber in making sure that nothing ever changes with immigration.

Farron Cousins:                  You know, we had talked about that probably over a decade ago, Tyson foods being involved in that, crafting the narrative, it was with the Bush administration. They’re meeting with him, making sure he doesn’t close off the border so they can keep that supply of labor coming.

Mike Papantonio:             Interesting. Republicans have always been that vacuum for, for Chamber of Commerce dollars. Big business, hell with consumers. That’s always been the mantra of the GOP. It’s always been what we brand them. It’s their brand. Hell with consumers. We need big business and we’ll do whatever you want. Now all of a sudden, the Chamber of Commerce is giving the big money to the Democrats. And that started, that actually started before Obama’s time was up as president.

Farron Cousins:                  Right. They, they kind of saw things shifting a little bit. They knew that Obama was trying to crack down on the border and said, okay, well we’ve gotta fix this.

Farron Cousins:                  Because typically Republicans use the border as a political rallying point.

Farron Cousins:                  But they don’t ever do anything about it. And Trump started to try to build his wall. So they said, okay, well we’ve gotta get a friendly administration that’s just gonna let this come in. And so that’s what happens here and it’s all so they can exploit these workers.

Farron Cousins:                  It, it’s not because, oh, we’re gonna, you’re gonna get a better life. No, we’re gonna pay you below minimum wage. We’re gonna put you in the worst conditions possible. And guess what? If you go and complain to the Feds about us putting you in an unsafe condition, you get in trouble and you get shipped back and we just bring in somebody else.