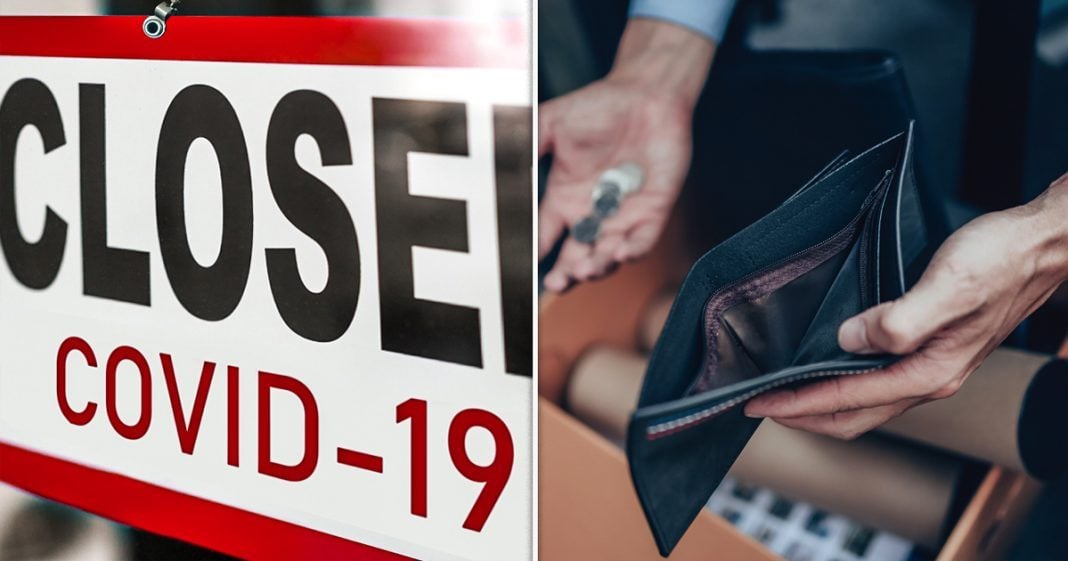 Billionaires have added a staggering $1.7 TRILLION dollars to their wealth since the pandemic began, while Americans are being crippled by rising prices. Mike Papantonio & Farron Cousins discuss more. Plus, inflation is still out of control, and the Biden administration is raising interest rates to fight it. But is this the smartest move right now? Mike Papantonio is joined by attorney Michael Bixby to discuss.

Mike Papantonio:             Billionaires have added a staggering $1.7 trillion to their wealth since the pandemic began, while Americans are being crippled by rising prices. You know, I looked at this story, I love, you know, Truthout they do a great job. I didn’t get the connection here about, okay, yeah, people are making trillions of dollars and it somehow has to do with COVID. The two didn’t, they didn’t fit. I mean, one is yeah, they’re making money for a lot of other reasons. Not really COVID. But you raise an issue in, in one of the, in, in the way you, you analyze this. Talk to me about it.

Farron Cousins:                  Well, one of the big things that happened at the start of the pandemic obviously is you had a lot of small businesses close their doors. You know, people lock down orders, whatever it is you want to call them, small businesses did have to close down. Most of them thought, okay, two weeks and we’re good. But it became longer than that. And so Americans needing things had to turn to companies that could deliver it to their homes.

Farron Cousins:                  You know, Amazon already had, you know, the market edge on that. Walmart had rolled out their, you know, two day delivery on items just a couple years prior to that. So they were a direct competitor as well. But it became the only people that could stay in business. The only people that could really profit off of this were the big box stores while your local, you know, maybe a little Minimart that you have, that you use a local grocer, they get pushed out of the way. And, and again, the Krogers and the Publix’s as well made bookoo money.

Mike Papantonio:             Farron, what, what are, what is the money? What, how much we talking about increases in the wealth of these folks?

Mike Papantonio:             So I, I think you raised a good issue. When I first looked at this and went, ugh, you know, Truthout you’re really trying to force an issue. I think that’s at least part of it.

Mike Papantonio:             I think it’s, I think it’s a good answer to what’s going on here. It created a, you know, like Bezos, you just described a $40 billion increase. That makes sense when they’re delivering it to the peoples houses.

Farron Cousins:                  Well, and, and all of this inequality comes at the same time obviously Americans are losing their jobs. They’re being furloughed, laid off, whatever it is, their income goes down, their buying power is still down because of inflation and because of price gouging.

Mike Papantonio:             Well, in other words, the rush, the, the race to the bottom continues even when the bottom was really ugly during the COVID, COVID crisis.

Mike Papantonio:             Inflation is outta control and the Biden administration is raising interest rates to fight it. But is that the smartest move? Right now to join me I have Michael Bixby, the fire breathing progressive standing in for Farron Cousins this week. Michael, as I look at this case, you have all of the talking heads all over the place about the fact that the Fed should do this and Fed should do that. But there are, there are some, some, some pretty important points that they’re making about raising interest rates and how it’s potentially gonna bring on a recession.

Michael Bixby:                    No, that’s exactly right. So that’s exactly what they’re talking about is the natural reaction to this of, oh, we’ve gotta keep the prices down and you notice what some of the Fed is saying, oh, we actually wanna really bring wages down.

Michael Bixby:                    Is part of, part of what the goal is to be accomplished here. And absolutely there’s a real risk. In fact, it’s the consensus that if the Fed keeps this up, that what you’re gonna get is, is at, at best some sort of a, maybe if it’s not a full blown recession, you are gonna have some contraction. So you’re talking about something that’s obviously gonna have negative effects.

Mike Papantonio:             The problem with recession, as you know, is most of the time we don’t even see it until it’s almost over. And what I, I thought was so remarkable is Yellen telling, you know, Janet Yellen coming out and saying, well, there’s a couple things I didn’t see coming. I, I didn’t see the potential for a recession and I didn’t see inflation. What scares the hell outta me about that is that’s her job. And she, it was almost as if she said the whole administration was at sleep. They, they were asleep on this issue.

Michael Bixby:                    But at the same time, some of this is fairly elementary. I mean, what happened in 2020 and 2021, we printed trillions of dollars. The natural effect of that of saying, well, what is the likely cause of this going to be? Is that going to cause inflation or deflation? I mean, if you ask it on a very elementary side, it’s like, well, that’s much more likely to cause inflation. And there’s a lot of com, complicated effects of that. I appreciate that, but you’re right. We have the best minds or supposedly the best minds who should be looking out for this and saying, how are we going to manage?

Michael Bixby:                    If you, if you choose to ignore it. But the ultimate consequence here, it’s gonna not, it’s not gonna affect the people at the top. The people who didn’t see it. And what you’re gonna see is the most damage is gonna happen on the bottom end. It’s gonna happen for the lower wage workers already, who are gonna be harmed.