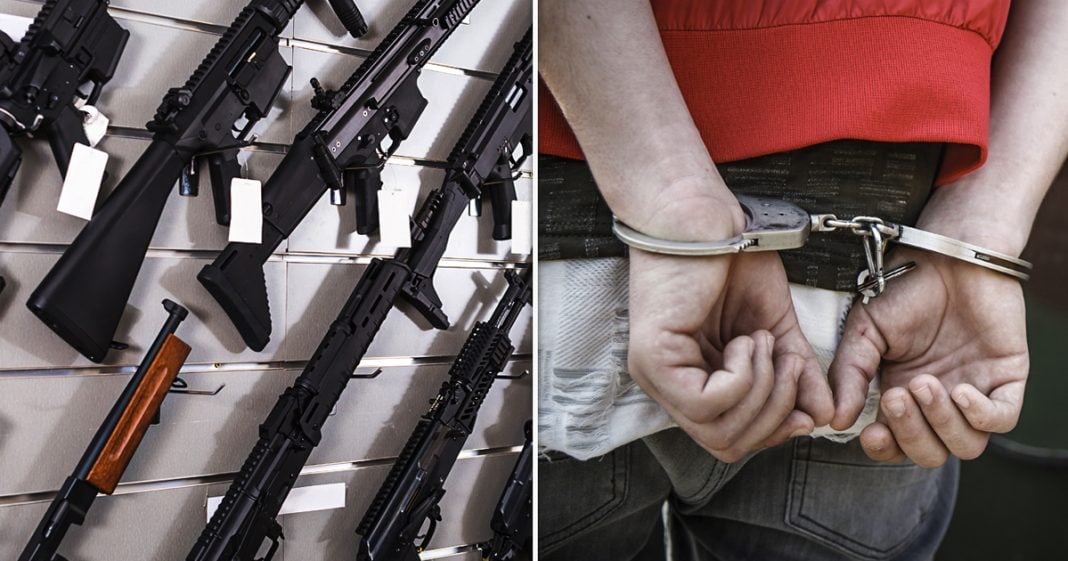 A judge in New York has upheld a law that would allow victims of gun violence to sue gun makers. Mike Papantonio & Farron Cousins discuss more. Plus, the Supreme Court might be stripping American citizens of their Miranda rights, and that could be a disaster waiting to happen. Mike Papantonio is joined by attorney Michael Bixby to discuss.

Mike Papantonio:             A judge in New York has upheld a law that’s gonna allow victims of gun violence to sue gun makers. Wow. This is overdue. Let me give you the backstory on this a little bit. Friend of mine, Perry Weitz, we’ve been practicing law together a long time. He brought the first cases really up in New York. When his cases started taking off that we are going after the manufacturer for making a Saturday night special killer that’s made just to kill people or were making a, an attack rifle just to kill people, well, he started suing them. Well, then the first thing that, that the industry does is come up with something called PLCAA. PLCAA is P L C A A, and it’s called the protection of lawful commerce act of arms act. So that’s where we are now. That has to change, right?

Farron Cousins:                  Oh, absolutely. And this is a great way to finally, you know, maybe one of the only ways we have to cut down on some of the gun violence that we see here in the United States, by making these manufacturers more accountable for what they’re putting out there. This does nothing to restrict any second amendment rights or anything like that. It just says, if you’re gonna be a company that puts out one of these dangerous things that is literally designed to kill, that is the purpose of a gun.

Farron Cousins:                  Right. So if you’re doing this, just know you could be held liable when these things end up in the wrong hands and, and it’s a great step forward. Of course we’ve got appeals coming up. So this may not stand on appeal.

Mike Papantonio:             I think it can. I think, I think it can pick up enough momentum at the legislative level to where PLCAA, this immunity, I mean, immunity for killing people is what it is. Yeah. You can kill people. You, they are, they actually argued the commerce clause. That if you let us, if you let an attorney sue our, our business, it’s going to interfere with commerce because people can’t buy these guns. It’s an absurd argument. But it was a, it was a Congress that said, yeah, this is a good idea and they came with PLCAA. And, and thousands of people have died because of their inactivity. So I think the push is to change that.

Farron Cousins:                  Exactly. So that’s, and that’s actually one of the tactics they’re kind of using. We used this to go after tobacco, let’s do it over here. The marketing is where they get it because unless it’s a defective gun, it’d be hard to say liability. But if you’re duping these people, if you’re almost brainwashing them into thinking this is how they have to live their lives, then you’ve got a real argument.

Mike Papantonio:             The Supreme Court might be stripping American citizens of their Miranda rights and that could be a disaster. Michael, when I saw this, I, I just got to thinking, this is the Miranda of course is, trying to think, 1966.

Mike Papantonio:             The Supreme Court said, they’re just things that you ought to tell somebody you’ve taken into custody and arrested before you interrogate ’em because of the terrible coercion that existed before then. Pick it up.

Michael Bixby:                    Yeah. Right to, right to remain silent. Right to an attorney. If, if you don’t have the money for an attorney, we’ll provide one for you. These are things that it, it’s there for a reason is because again, the average American doesn’t really know, doesn’t understand the legal system and you get down to it, it’s the coercion. And you do see that the way the police state in America is set up, it is based on, oh, just tell me this. I can’t tell you how many times I’ve seen instances like this. Oh, if you just tell me, the officers just want you to confess, want you to give them the information that helps them get the conviction, helps them get the arrest and, and say, oh, well, everything will be okay. And, and that’s not the case.

Mike Papantonio:             Well, the history flashback is that it got much worse than that. It got to where it was some situations looked like Guantanamo to get these confessions. And so all of a sudden, 1966, the Supreme Court says we have to stop that and we at least, if we have these constitutional rights, then at the very least, we have the responsibility to tell people about. The case to watch is Vega v. Tekoh. Right?

Michael Bixby:                    He said, I didn’t violate this person’s right because the Miranda warnings that’s been the law for, you know, 50 years, that’s actually not the law. That’s not a requirement. That’s not part of the constitutional provisions here that I have to comply with. So the officer’s the one bringing it up and saying, this isn’t actually your right.

Mike Papantonio:             Well, it’s part of that Federalist argument versus state’s rights argument. And that’s where this is going. As this progresses what we’re gonna find is that states get to build their own standards on what they think a Miranda should look like. They can decide what the policies are, how far we can take it. They’re gonna let law enforcement have a bigger, a bigger hand in how an interrogation takes place, state by state, according to who the legislators are.

Michael Bixby:                    And that’s, that’s scary, Pap. And I, I see with this court, I think that there is a very real, it seems like the consensus is there’s a good chance that at least the Miranda warning or the Miranda rights are gonna be eaten away at if not done way with altogether. Exactly under that federalism, oh, let’s give it to the states. And that might be good in certain states, there might be some states where that’s okay. But I see a lot of potential for substantial harm.

Michael Bixby:                    In, in many, many states who are gonna look at it and say, hey, we’ve gotta support the, the police, the police need to have unlimited rights. This idea behind it. I’m like, no, there’s constitutional protections.

Mike Papantonio:             Yeah. Miranda 1966 was, that of course it’s still criticized as, as it being the, the court going where they shouldn’t go because the constitution doesn’t provide for it. Miranda is right on point with the constitution.