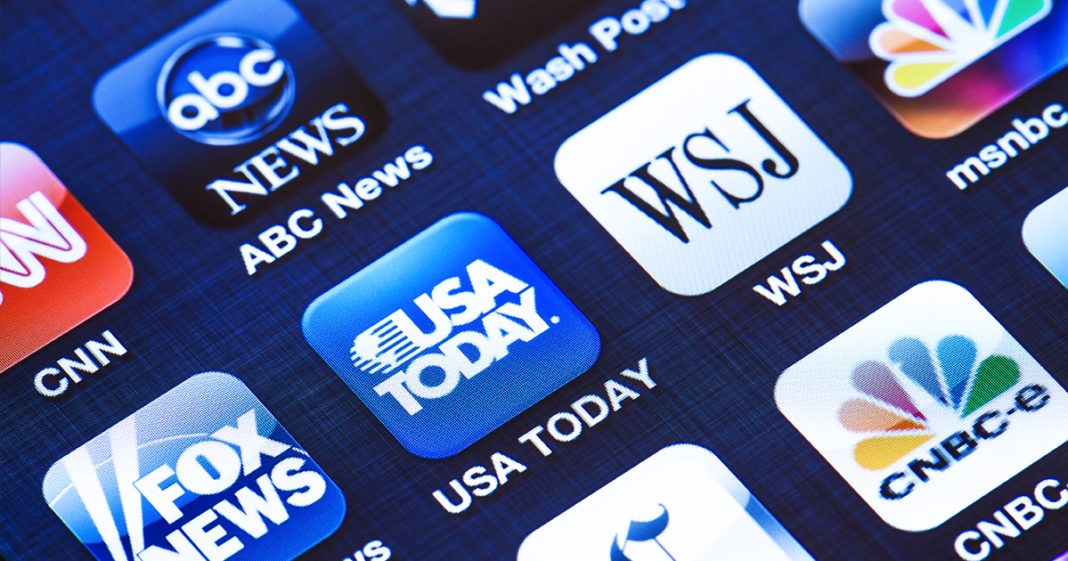 A new survey has found that Americans’ trust in the media is at an all time low. Mike Papantonio & Farron Cousins discuss more.

Mike Papantonio:             A new study has found that Americans trust in the media is at an all time low. These numbers are terrifying to me. When I look at the, the, the, the way that the American public regards corporate media. Okay. Take it from there.

Farron Cousins:                  So huge majority says absolutely do not trust the media. But then when you break it down by party, this is what is stupid to me.

Mike Papantonio:             This article was done by Gallop, and there’s, there’s several articles that talk about this issue.

Mike Papantonio:             And when you look at the way they characterize it, it is that Democrats are attracted to polarized politics. It’s like you and I talked about earlier in the show, that Democrats want to hear what they want to hear, whether it’s journalism or not, they want to hear it. Republicans are the same way, but Republicans have a different attitude about this. They think that the media has become so dysfunctional that there has to be a complete sweep to redo it. But I mean, as I look at this story, the thing that scares me is corporate media now is figuring out we need to move into social media. How’s that affecting shows like ours or Sam Seder or, you know, David Pakman or TYT, how’s it affect us?

Farron Cousins:                  Well, what’s happened, and this is something you and I had actually talked about a couple years ago, I think, is that you’re seeing sites like YouTube push more corporate media, more videos from CNN and MSNBC and Fox News instead of pushing with their algorithms, independent outlets like what we have and Sam and Pakman and everybody else. So we get pushed back, you know, the, the views start to decrease a little bit. The engagement goes down and it’s all because we are not being pushed as much.

Mike Papantonio:             I mean, I mean, we’re gonna talk a story in a minute here where we’re being throttled back and that’s happening with government. It’s happening with corporates that don’t like what we have to say. But if you go to the segment, let’s take any one of your segments that you do. It could be a segment that is, it’s, it’s so specific. It’s there, nobody else is talking about that particular segment. Look over to the right where they have listed all of the related stories. They’re completely, utterly unrelated.

Farron Cousins:                  That basically works with the social media sites to throttle back independent news and push the corporate news.

Mike Papantonio:             Okay. Look, you, you own Gallup. Okay. I mean, excuse me. You, you, let, let’s say you own a, any one of the sites. Pick, pick one. Financially, you do better if you can get MSNBC and CNN and all of the corporates to keep pumping money. That’s all it’s about.

Mike Papantonio:             Your story becomes irrelevant, Farron, the great stories you do. I mean, you do exceptional stories every day. But if I look at your story next to the, to CNN, MSNBC, you gotta go 20 stories down before we see anything happen to do with the Ring of Fire again or Sam Seder or David Pakman or TYT, they’re trying to make us disappear because it’s all about money.

Farron Cousins:                  But the issues we’ve always had with the media is the corporate influence, the censoring of the stories.

Mike Papantonio:             Right. You would have to read behind to understand that Newsweek basically hustled you on that story, to make it sound like the Saudis had just bought into Twitter. Well, no, that was absolutely incorrect. But that’s the way this is all being shifted. So somebody who, you know, we’re gonna say stuff corporate media doesn’t say, and we got the whinnies who say, I can’t believe you said that because I don’t want to hear it. It hurts my feelings that you said the Democrats, for example, are getting their butt kicked, hurts my feelings, and they get mad at us. That’s what social media should be doing because nobody else is doing.