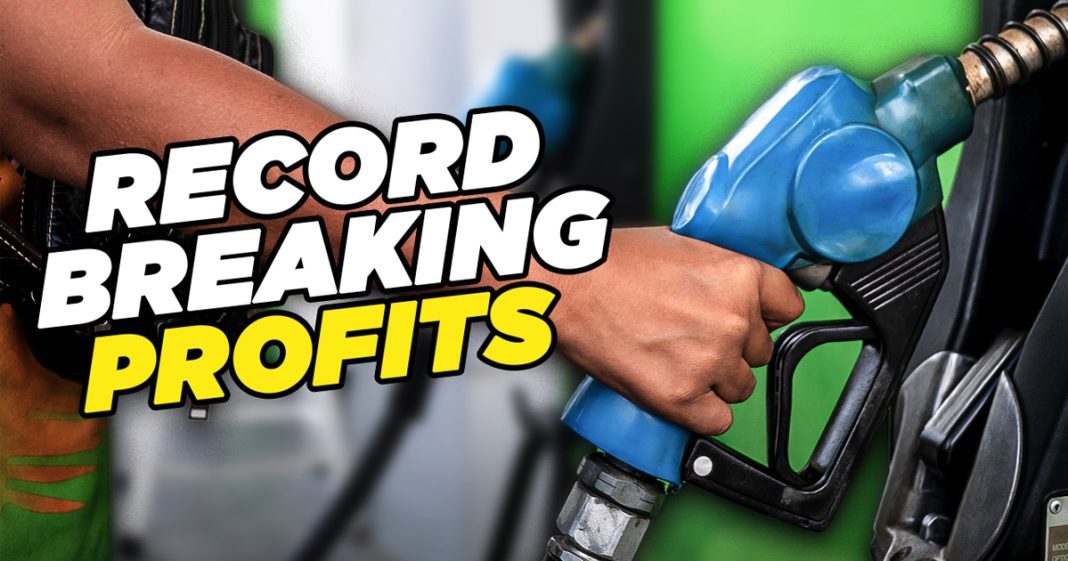 Farron Cousins:                  You can’t make record profits during a time of record inflation if you are not artificially inflating your own prices. And that’s what we see here.

Farron Cousins:                  It’s crazy what these companies are pulling in. And this is all just further proof of what Bernie Sanders told us almost a year ago, put a windfall profits tax in place.

Mike Papantonio:             But it’s too late. It’s too, it’s too late. I don’t know how to put it. Look, Con. Look, they, they, they created a bill that was going to address the potential for the windfall tax. It fizzled. Congress isn’t going to do it because they’re getting so much money from the oil industry. The president held off doing it as long as he can. I don’t, not even sure he’s still sold on the windfall tax. But that’s the solution here. I mean, it, it, it kind of comes down to the fact that you’ve gotten zero cooperation from Congress. Zero, zero cooperation from the Senate. I think it was Manchin and about three others that made the bill fizzle away.

Mike Papantonio:             That was gonna say we need to have some windfall tax punishment here. Right?

Farron Cousins:                  Right. But here’s the other thing too. On the other side, the bully pulpit side, Biden could be out there talking about these numbers every day. But instead what did he do? He went to Saudi Arabia to beg them, please, we need more oil. They laughed in his face and said, we’re gonna cut oil.

Mike Papantonio:             And all they’re doing is saying, you know, we kind of got you. It’s kind of checkmate because we can buy the media, which they’ve already done. We can buy more lobbyists, which they’ve already done. It’s, it’s just something that the president months ago should have said, you can’t do that. And I’m gonna make, I’m gonna show you why you can’t because you’re gonna get taxed big time.