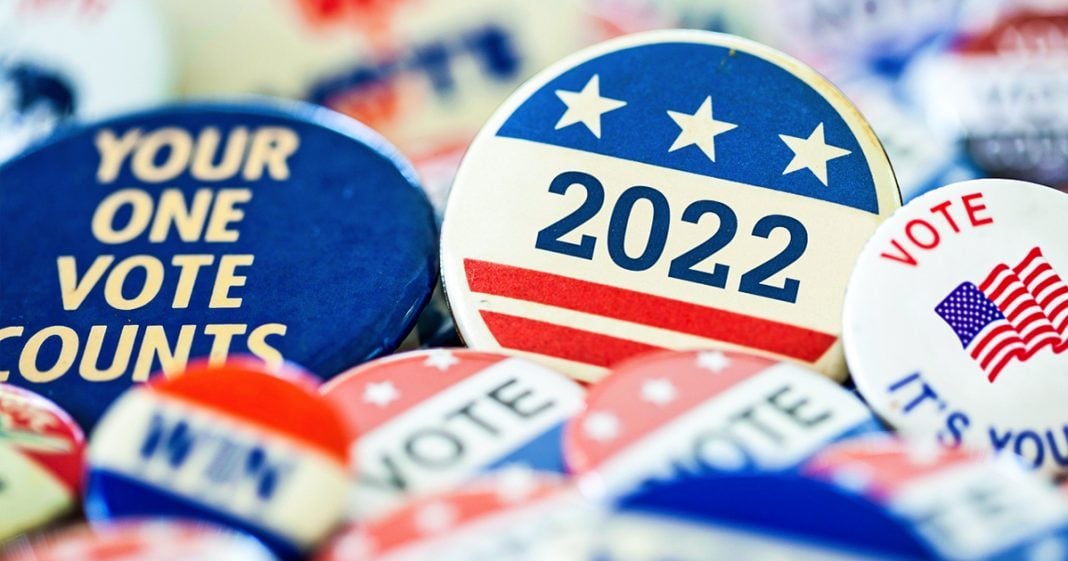 The midterm elections are just a few days away, and Democrats aren’t exactly enthusiastic about their prospects. Mike Papantonio & Farron Cousins discuss more.

Mike Papantonio:             The midterm elections are just a few days away and Democrats, well, they’re not exactly enthusiastic about their prospects. Ring of Fire’s Farron Cousins joins me to talk about this and many other topics. So, you know, if you read anything right now, it is just, it’s the same message. The Democrats are in trouble, blah, blah, blah, blah, blah. It’s that message that keeps coming through. If I’m looking at it, I think the Democrats take, I think the Republicans take the House, Democrats hold onto the Senate, may be wrong. What’s your take?

Farron Cousins:                  No, I agree with you. I think the House is a foregone conclusion. A couple weeks ago it really was looking like the Republicans would only have a couple seats advantage, you know, five, six is what the projections were. We’re looking at over 20 now.

Farron Cousins:                  Yeah. Things have definitely shifted in the Republicans favor in the House. So I, I think that’s almost a giveaway. It’s the Senate really, where we’re starting to see a lot of these races tighten. I mean, the polls are changing every day and that’s what’s getting so frustrated about what I do every day, is you can’t talk about a poll, because by the time people watch that video, a whole new poll is out that shows the exact opposite. So we don’t know.

Mike Papantonio:             Well, I mean, first of all, you believe the same thing I do about polling. I think it’s basically useless.

Mike Papantonio:             Yeah, it’s voodoo. You look at some numbers and you say, well, here’s what it looks like. So I, you know, I’m, I’m hearing the Republicans already beating on their chest. We’re, you know, gonna take the Senate, gonna take the House. They might, but guess work, you know, we’ve been reading tea leaves a long time. I don’t think that’s the situation.

Farron Cousins:                  And I think once it comes down to it, the Republicans just have so many bad candidates out there. Herschel Walker and Dr. Oz, obviously at the top of that list, those are the two everybody’s focused on. And I don’t know how those two candidates overcome all of the negatives. Even in deep red Republican territory, you still have those Democrats, Warnock and Fetterman polling above them. Not by as much as they, they were two months ago, but they’re still ahead by enough where they might be able to have a pretty easy victory.

Farron Cousins:                  Right. The independents are the people who actually do go out there every day and they say, is my situation better today than it was two years ago?

Mike Papantonio:             Well, you know, that’s the problem with doing a show like this. People don’t, they just want to hear what they want to hear.

Mike Papantonio:             In other words, when we do a segment saying, hey, you know, Democrats may be in trouble. You got these whinnies, the whinnies, my God text, you know, Pap’s a right winger, Farron has forsaken the Democrats. They really hate to hear the truth. And it’s amazing to me. I mean, you, you could tell ’em, you could say, this is not conjecture, this is the truth. But I don’t think it’s just our audience. I think it’s Democrats in general, Republicans in general, they don’t want to hear what they disagree with. But that’s not real journalism, is it?

Farron Cousins:                  No. They don’t want to hear the bad news. And the bad news is that reality is showing us right now Democrats are gonna lose the House. We’re not gonna pick up as many Senate seats as we had originally thought. I still think we hold and I think we gain a seat or two, but we could also lose a couple seats that we did hold. So it, it’s not good news for the Democrats. And then of course, looking more broadly out there, yes, Biden has done some good things that we have talked about.

Farron Cousins:                  But it’s not enough to change these people’s financial situation in middle America. It’s like the Obama recovery. They came out and told us after he took office and did these things, the economy’s great. No, it wasn’t. Wall Street was great.

Mike Papantonio:             25 to 30% of Democrats are not enthusiastic about voting at all. Although the numbers are startling right now. This could be the biggest turnout we’ve seen in a long time.