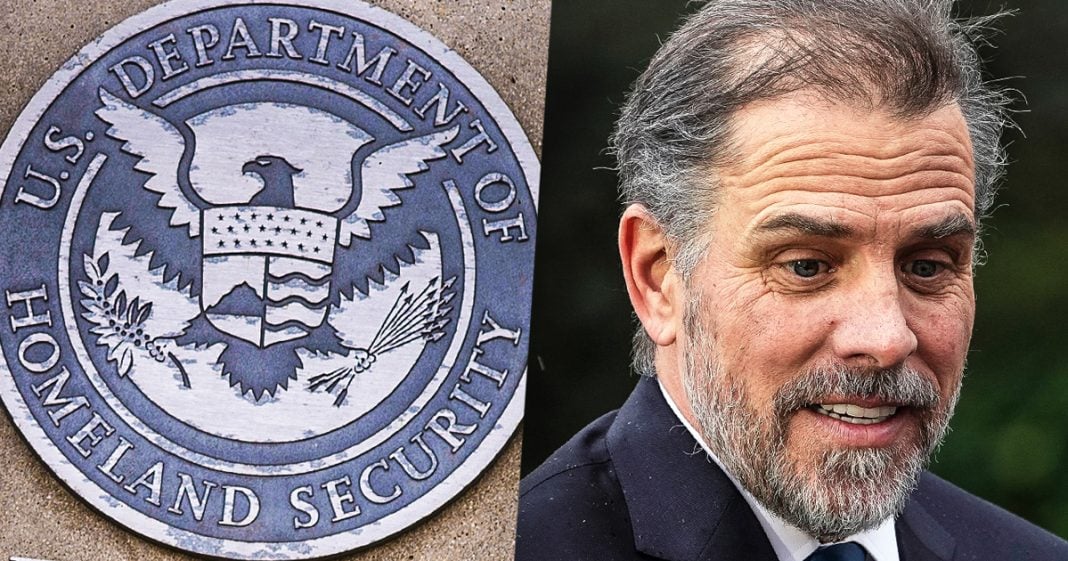 Documents obtained by The Intercept prove that the Department of Homeland Security has been censoring stories with the help of social media outlets. Mike Papantonio & Farron Cousins discuss more.

Mike Papantonio:             Documents obtained by The Intercept prove that Department of Homeland Security has been censoring stories with the help of social media outlets in a big way. You wanna know who the big players are? These two women right here. One of them, one of them is with the government. The other one right here we think is working for Twitter. No, she’s working with the government and they’re making arrangements for the CIA, the FBI, whatever the agency is of the day, to tell them what they can and can’t put on social media. This story, I urge everybody, everybody should read this story. It’s by Lee Fang.

Mike Papantonio:             And Klippenstein, exactly. Both of them are extremely talented journalists.

Mike Papantonio:             From The Intercept. I think, I think they’re two of the really talented journalists of our time, investigative, along with people like Matt Taibbi. They uncovered it, didn’t they?

Farron Cousins:                  They did. And, and just so to give everybody the background here, what we’ve got starting in 2018, the government with the best of intentions says, well we gotta do something about foreign misinformation. So they give the Department of Homeland Security all of this power. They create what is essentially a disinformation board, although it didn’t have that name yet.

Farron Cousins:                  Yeah. So they said, look, all we’re trying to do social media outlets, we just wanna make sure that you guys know and have the tools to root out this foreign information. Oh, also keep an eye out for terrorists because we’ve always gotta be on the lookout for that. And then within two years, again, it started in 2018, within two years, this thing had ballooned into, oh, well we gotta fight Covid misinformation. Noble cause, give them that. There was a ton of misinformation about Covid. And then things went completely off the rails because their true intentions came out. Now you can’t talk about Hunter Biden. You can’t talk about Ukraine. You can’t talk about Afghanistan. These are all in the documents from the Homeland Security.

Mike Papantonio:             Okay. Let me, let me be more specific about that. You can talk about Afghanistan, but you can’t talk about the screw up of the withdrawal of troops from Afghanistan. You can talk about Ukraine, but people who disagree with the fact that we should not, people who agree we should not be there at all, the, the government says no, we’re gonna censor that. And it’s you, you can talk about Covid, but, or the vaccine. But you can’t talk about the fact that it may be, it’s not efficacious in some situations. So here it is, Vijaya Gadde, this is this woman right here with Twitter meets with, what’s her Laura Dem, Dehmlow, Laura Dehmlow with the government. And they have an arrangement and the arrangement is a portal that the government can actually use and change the stories or actually censor the stories. Did, did I get that right?

Farron Cousins:                  But it’s censoring stories here in the US. So that’s the separate branch and it continues to grow, continues to get more funding. But they’re still having monthly meetings. Like as of now with these people. This isn’t something that came to an end.

Mike Papantonio:             And, and we, we know this. I promise you our stories when we do ’em on, you know, you and I disagree, I think Ukraine is insane. We shouldn’t be there. But they’ll throttle that, they’ll throttle that back. I mean, I’m, I’m telling you, that’s what they do with that. Or when we talk about, you know, how Afghanistan was mismanaged on the withdrawal, they’ll throttle that back. That’s what these folks have agreed to let happen. And nobody seems to care. I mean, do, do, maybe they don’t know about it. But these emails, this, this is not, this is not Klippenstein and Lee Fang making this up. This is, this is the product of AG, he’s running for AG, Eric Schmitt, and he is running in Missouri. He started this because he had gotten the leak that this was going on. So he starts putting their feet to the fire. He starts actually getting the material that says, we used to just talk about it, but now we’re seeing it face to face. And if you do a story that they don’t like or I do a story they don’t like or Lee, or Lee Fang does, or Sam Seder does, or David Pakman does, or TYT does, they throttle it back because people like this woman right here, this Gadde woman gives ’em permission to do that. She’s gone, by the way, Elon Musk fired her.

Farron Cousins:                  But look, this is a very serious issue and, and, and what we have always said, you and I sitting right here, we have talked about always with the slippery slope because this program, like I said, they, they started with the best of intentions. But we all know that’s never how it stays. Just like the Patriot Act. Oh no, we gotta, we gotta spy on the terrorists and we’re gonna keep you safe. And then two days later, yeah, we’re tapping into your phone too. Sorry. It’s what happens. This is the same thing. It’s the same kind of program.

Mike Papantonio:             Let me give you the latest. Joe Biden, he put together his, his idea of this, this is his team. The team is called the misinformation, disinformation and malformation team. And they are the people that work with women like this and people like this that say, yeah, it’s, it’s the new norm in America because nobody gives a. It’s okay.

Farron Cousins:                  Well, well they, they, that actually didn’t end up happening. That’s what he tried to do. But remember there was such huge public backlash.

Mike Papantonio:             And there was so much pressure because it was nothing more than a propaganda team that he had assembled. And this nut case woman that was a person who was supposed to be running it was crazy as a March Hare.