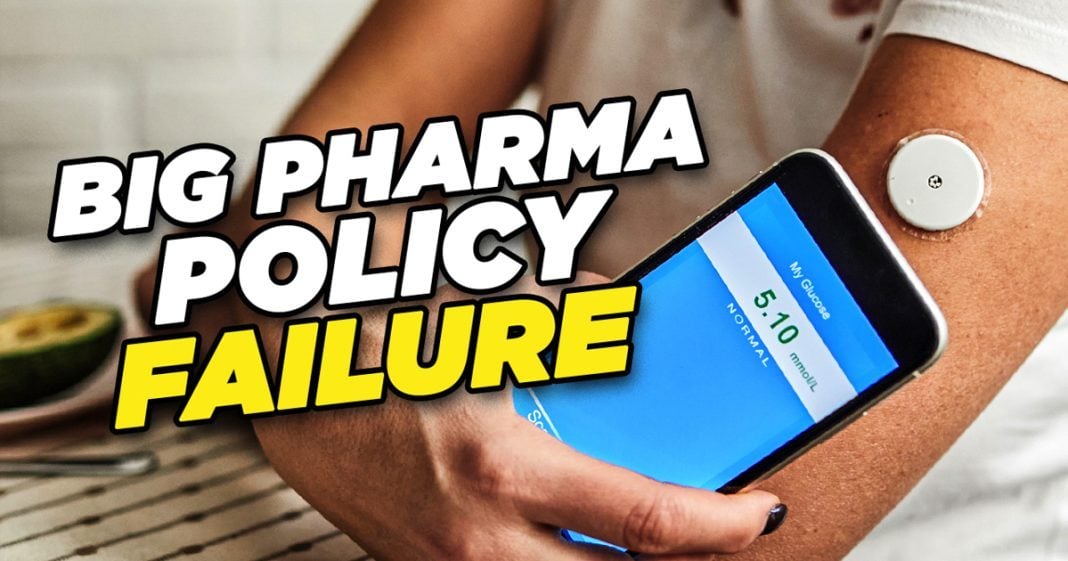 More than one million Americans with diabetes have had to ration their insulin in the last year thanks to soaring costs. Mike Papantonio & Farron Cousins discuss more.

Mike Papantonio:             More than 1 million Americans with diabetes have had to ration their insulin in the last year, thanks to soaring costs. Well, here, this is a policy failure. I mean, this is a top of the line policy failure. The Congress, you know, there was all this celebration when Congress comes out and says, we’ve, we’ve done it. We’re controlling the pharmaceutical industry. Nonsense. That is the biggest bunch of bunk I’ve ever heard delivered. And the, what it came down to is they said, we have 12, we have 12 items that we’re gonna control prices on. And oh, by the way, if a product hasn’t been on the market more than 12 years, we can’t do anything about it. Right?

Farron Cousins:                  And this is, as we have talked about so many times, a uniquely American problem. This doesn’t happen anywhere else on the planet, other than within our borders, because we choose as a country to let this happen. The politicians have made the choice, and they have said, we are gonna let the pharmaceutical companies do whatever they want, charge whatever they want, take as much money from us to subsidize their research as they want. And then there’s no control.

Mike Papantonio:             Well, let me talk about that just a second. Eli Lilly, now, you, you talk about R&D basics, subsidized research, but that, that’s a ridiculous, I mean, you know, that’s ridiculous. You’ve said, you’ve said you’ve done stories on the whole research and development. How stupid that argument is. Let me put it in terms of how stupid it is. Okay. The Eli Lilly has been, has had their insulin product on the market since 1996. All the research is done, all the development is done. But nevertheless, it’s, they have raised the price 680% as of today, 680%. There is no argument, there’s, there’s is no argument that it’s about research and development. It’s about advertising.

Mike Papantonio:             Okay. Now, which brings me to the next point. You know, there’s only one other country on the entire globe that allows the pharmaceutical company to go on TV and say, hey, tell your doctor you want this new drug. It’s New Zealand and it’s the United States. And that has a big impact on the prices of these drugs because they’re spending a gazillion dollars with MSNBC and CNN and ABC, you know, to make that happen.

Farron Cousins:                  You know, and, and it’s interesting because we’ve been talking about the direct to consumer advertising since I, I think 2004 on Ring of Fire. And what happened is doctors were furious. And, and they still are, but I think most of ’em have almost been bought off at this point by the pharmaceutical industry. But doctors were mad at the time because instead of patients coming in and saying what was wrong and the doctor giving recommendations, patients came in like they were ordering from McDonald’s.

Farron Cousins:                  And doctors were furious when this first all started coming together. And like I said, now they get paid off by the pharmaceutical companies.

Mike Papantonio:             Or anything because they build that into their pricing structure. Again, Eli Lilly, since 1996, has made this, put it on the market, no research and development since 1996. It’s raised 680% and zero poss, zero possibility of a reason.

Mike Papantonio:             And they’re splitting the, they’re rationing, do I eat, do I buy clothes or do I buy insulin to stay alive? It’s a pathetic story. Oh, good, good news here. California, you know, every now then they come up with a great idea. They said, hell with that, we’re gonna, we’re gonna produce our own insulin. I mean, I love that. You just gotta love that.