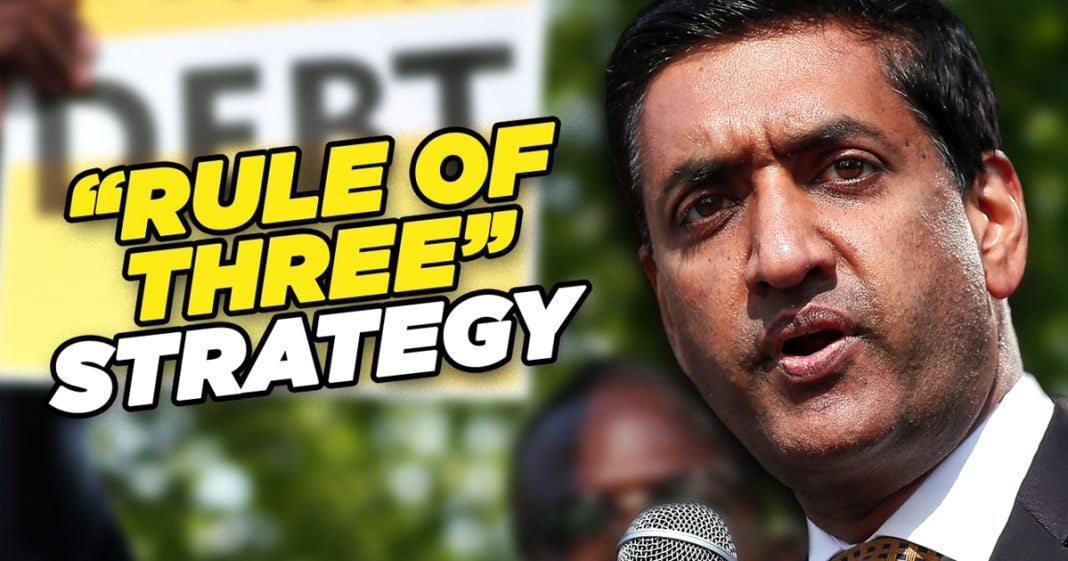 Democrats are not in good shape, and one of the big reasons is because they are so BAD at messaging. Mike Papantonio & Farron Cousins discuss more.

Mike Papantonio:             Democrats are not in good shape and one of the big reasons is because they’re bad at messaging. You know, one of my dear friends, Thom Hartmann, Thom, and he’s been a friend of ours for so many years, he’s honestly one of the smartest. He, he’s.

Mike Papantonio:             He’s smart the same caliber you are. I would put you and Hartmann in the same, in the same smart category. He, he nailed it. Talk about it.

Farron Cousins:                  He, he’s got this wonderful new piece out talking, not just about the messaging, but why Republicans are able to capture people’s attention. And it all comes down to the rule of three, because the three big issues Republicans have been talking about for months, and they’re now also the top three issues for voters in the midterms, economy, crime and immigration.

Farron Cousins:                  And that is the three things Republicans keep hammering on. And all they have to do is mention the name. They don’t have to go into specifics.

Farron Cousins:                  They just say, economy is bad, crime is horrible, immigration is terrible. But when you have it in three, Thom points out, because he has a background in neuroscience.

Mike Papantonio:             Yeah. He gave, he gave some great example. It’s life, liberty and the pursuit of happiness. That’s, that is one of his examples. And he talks about why, why do we remember that? Why does that seem just to flow as well as it flows? Because there’s been a ton of studies. But the Democrats now, let me see, if you take what they’re talking about. They move from abortion to gender rights, to racial rights to name it. They’re all over the place.

Mike Papantonio:             Yeah. The, the best you can do is you, is that the American public is gonna listen to three messages and they’re gonna be able to boil those down in three messages. But you know what, the, the truth is there again, it’s leadership. I mean, they’re, they don’t have the leadership to say, hey, you’ve got a lot of good things to talk about. You’ve done a lot of good things for the economy. You’ve helped jobs. You, they’ve got a ton of stuff to talk about. But no, they’re always driven to the low hanging fruit, what they think is low hanging, abortion, gender rights, race, as you point out a half a dozen other things.

Mike Papantonio:             But what, what is the Republican message? You know, top of the, economy, crime, border, all those things. We know it as soon as it comes outta your mouth. Yeah. That’s what I want to go vote on.

Mike Papantonio:             That’s all for this week. But all these segments are gonna be available this coming week right here on this channel. And you can follow us on Twitter @AmericasLawyer. I’m Mike Papantonio and this has been America’s Lawyer, where every week we tell you stories that corporate media won’t tell you because their advertisers order them not to tell you, or political connections won’t allow for it because they’re too tied to a political, a political party. We’ll see you next time.