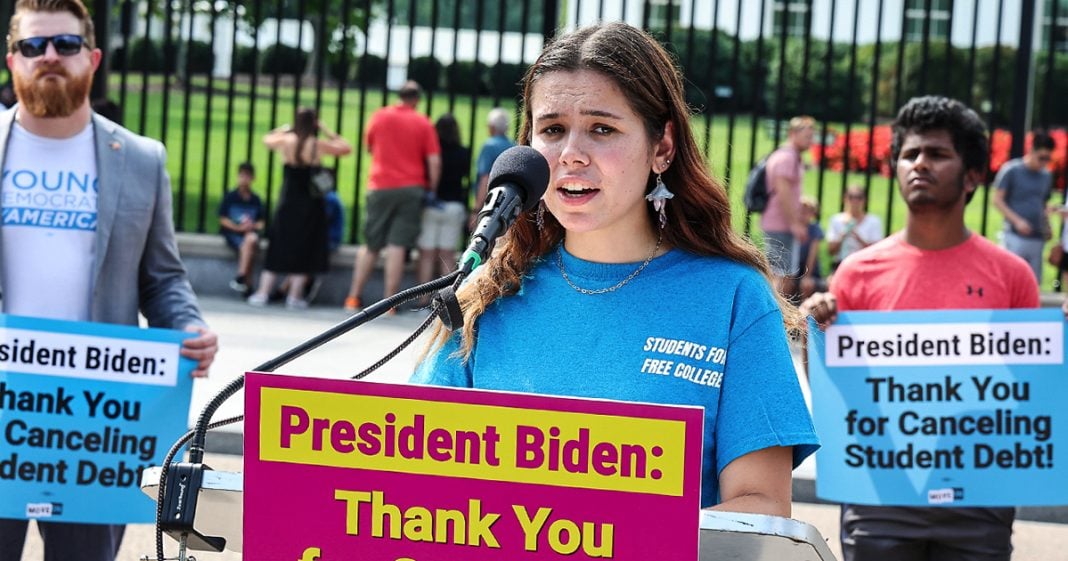 Mike Papantonio:             A think tank co-founded by the Koch brothers is trying to stop President Biden’s student loan debt forgiveness program. Wow. You know, I thought we were, I thought I was finished with these people, the Kochs, didn’t you? You know, I thought maybe they just disappeared, but no, they’re back. Cato Institute, right?

Farron Cousins:                  And, and, and the Koch brothers, and you’ve got actually a lot of conservatives out there that were furious at this. They spent weeks after it was announced trying to come up with a legal argument, and now they’re, they’re trying their best with actual lawsuits. Cato says, listen, this is unconstitutional because if you, if you forgive people’s student loan debt, people aren’t gonna want to come work at our non-profit, which is the Cato Institute.

Farron Cousins:                  Because they’re basically not indentured servants anymore. You’re freeing people of a debt burden, and we need to use the debt burden because after 10 years working at a nonprofit, you can have part of your student loans forgiven.

Mike Papantonio:             Well, if you think about it, it’s another, it helps the economy. When you say to somebody who’s worked to get through college, and now they’ve got their degree and they owed 200, $200,000, whatever it is, that once you forgive that, that money moves right back into the economy.

Mike Papantonio:             It’s, it’s not a bad idea in that sense. But I, I thought this was remarkable. Their argument, first of all, there’s been six lawsuits that have been brought, similar lawsuits. Two of ’em have already been dismissed. The judge’s opinion was like, really? What in the hell are you talking about? So, I don’t know that, I don’t know they’re gonna have much success with this. First of all, the question is, does the executive branch have the, have the opportunity to do this? Does it have to be a congressional mandate? And I think they’ve already won on that idea. So we’ll see where this goes.

Mike Papantonio:             Constitutionally, he does not need enough congressional mandate. He can do this as executive right.

Farron Cousins:                  Well, and, and what’s really funny too, is the military folks have been making the same argument that the Koch guy, I can’t call ’em brothers anymore, it’s just one left.

Farron Cousins:                  But, they’re making the same argument with the military, saying, well, if you give them free college, nobody’s gonna sign up to go fight in our wars anymore because, you know, you gotta go risk your life in order to get an education in this country.