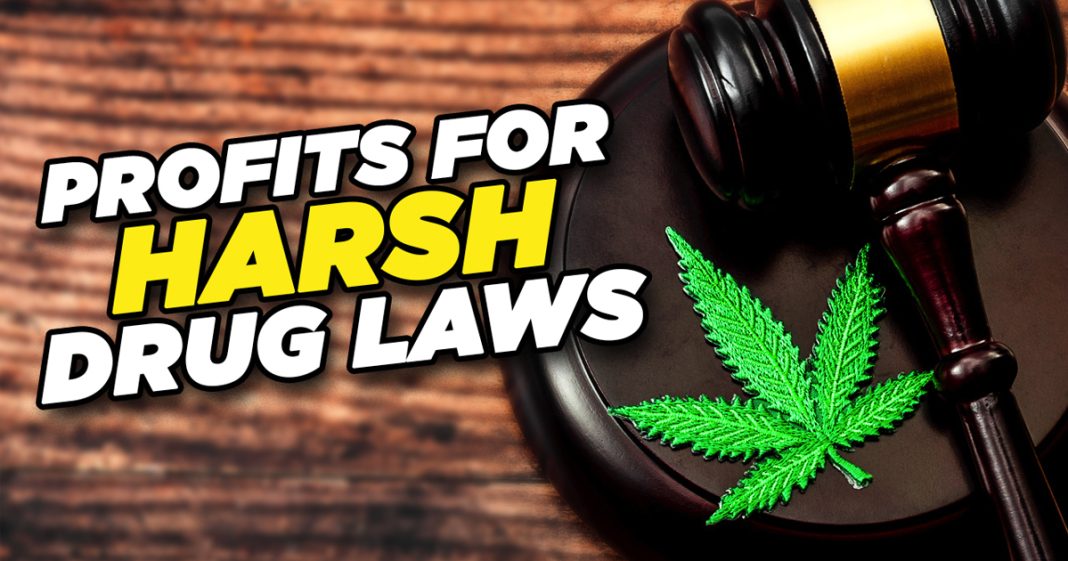 Governors across the country are furious about President Biden’s cannabis pardons – but only because the private prison industry is telling them to be mad. Mike Papantonio & Farron Cousins discuss more.

Mike Papantonio:             Governors across the country are furious about President Biden’s cannabis pardon, but only because the private industry, the prison industry is gonna suffer because of it. This, this story is so clear. Biden is doing exactly what he should be doing. Biden should be talking about, do you realize that fentanyl is a Schedule II? Okay, people don’t understand. You got cannabis, Schedule I, you got Fentanyl, Schedule II. And Biden is saying exactly what he should be saying. What the hell? Why are we putting people in jail over marijuana? Why wouldn’t we grant them a reprieve because of their use of marijuana? And, and, and the, the, the problem is the Republican governors are so upset, right?

Farron Cousins:                  Yeah, it, it, it is, the private prison industry has been very open about how these, you know, minor marijuana arrests are basically what keep them in business. Listen to this, the demand for our facilities and services could be adversely affected by the relaxation of enforcement efforts, the expansion of alternatives to incarceration and detention, leniency and conviction. So they’re telling us like, listen, we’re screwed if we don’t arrest people for marijuana.

Mike Papantonio:             Wait, wait, wait. It’s, it’s stronger than that. Our prophets rely on harsh drug laws. Okay. So, so that’s what it’s all about. God bless Biden for saying, you, you need to take a look at the way we look at marijuana. Now, I wanna tell you this full disclosure. I, I, you know, I’m involved with, with the Charlotte’s Web, I’m involved with Stanley Brothers, I’m involved and have been for a long time. But as I look at this entire thing, isn’t it time to say that Fentanyl is killing a hundred people a day, marijuana ain’t killed anybody.

Mike Papantonio:             And so, so Biden is doing exactly what he should be doing. And these, these bottom feeders are saying, ah, you’re taking money away from the people who give us money.

Farron Cousins:                  But, but we’re also talking about like, this is another massive accomplishment that Biden did.

Mike Papantonio:             And he needs to be back out there again saying, I wanna legalize it across the board.

Mike Papantonio:             Leave him, let, let the guy be his, be himself. That’s, that, what I’m seeing a lot of is they just aren’t letting the guy be himself. If he wants to eat ice cream in an ice cream baller and say whatever’s on him, let him do that. Because most of the time what he says most people agree with.