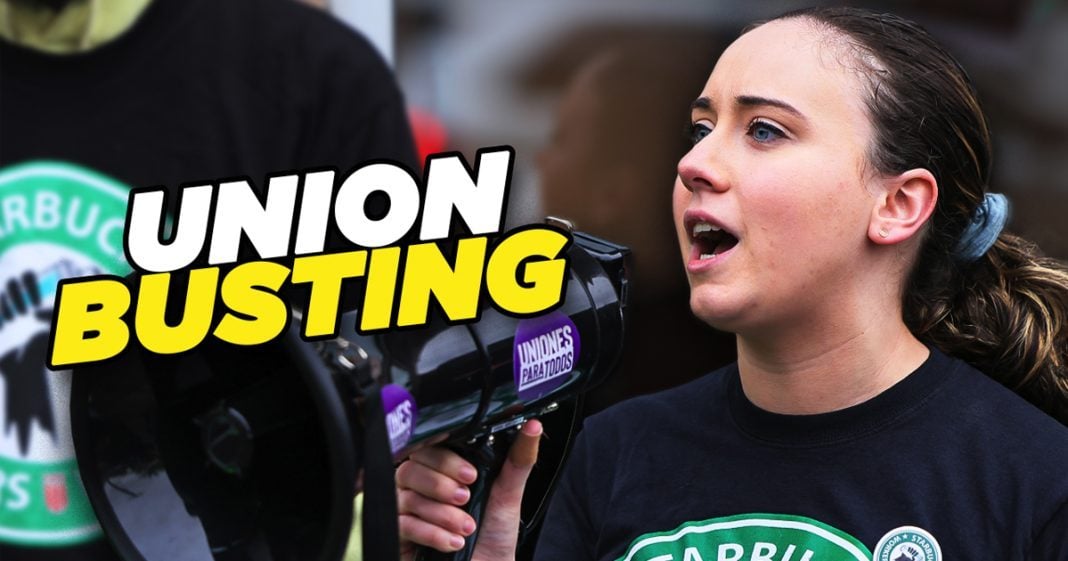 A Starbucks manager says that he was told to punish pro-union employees at his store. Mike Papantonio & Farron Cousins discuss more.

Mike Papantonio:             A Starbucks manager says that he was told to punish pro-union employees at his store. Wow. Isn’t this the feel good company where everybody, you know, everybody brings their little computer in and they sip coffee and they sit at a table and do whatever the hell they do on a computer. This was, this was, this was supposed to be the millennial heaven, right?

Farron Cousins:                  Upstate New York, you have this former Starbucks manager who’s been cooperating with the National Labor Relations Board telling them these horror stories about what’s happening at the higher ups of the company. So he says, listen, I, I was managing a couple of stores up here in, around Buffalo. The higher ups came in and they handed me a list of employees and these higher ups, they hadn’t been in those stores. So that’s the thing we gotta talk about in a second. But they said, look, based on everything we’ve seen, here is your list of pro-union employees. Now, I’m sure all these people have done bad things, right? Fireable offenses. Go back through your records. And he did. And he said, listen, these are squeaky clean employees and they said, keep digging.

Farron Cousins:                  Yeah, follow them. And so what does get me though is how did the higher ups know this? Well, it’s because they’re doing surveillance on these employees. They sometimes will hire, you know, private eyes or whatever you wanna call ’em to follow people. They scour the social media. They look at the stickers that they have on the back of their car.

Mike Papantonio:             See, isn’t this the warm and fuzzy business? I mean, this is supposed to be the warm and fuzzy corporation. And how about this, make these employees as uncomfortable as we possibly can, work till you find something bad. Okay. That’s, that’s this company. So, so maybe we ought to rethink, the Starbucks coffee ain’t that good to begin with. There’s a lot of alternatives.