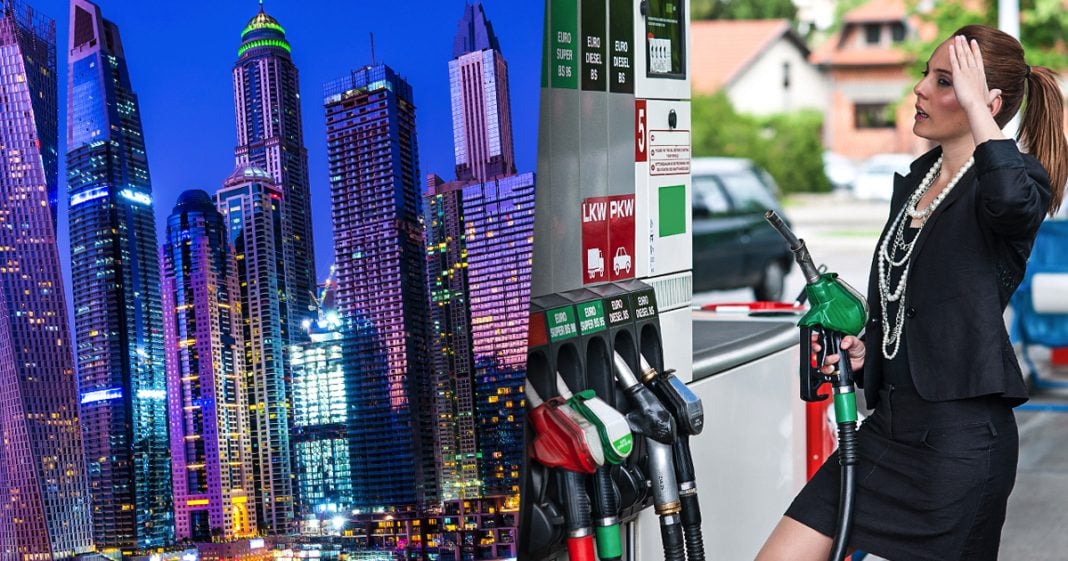 Mike Papantonio:             President Biden appears to finally be willing to change our relationship with Saudi Arabia. You think? Ring of Fire’s Farron Cousins joins me to talk about what’s happening and many, many other issues. You’ve written about this so much. You’ve been a commentator about it for so long. About, what is it, what is this love affair that we have with Saudi Arabia? Besides they’re buying our weapons, you know, we have to have their oil. Let’s talk about this a little bit. There’s a turnaround because Biden’s been embarrassed. He’s been embarrassed on the international front.

Farron Cousins:                  Yeah, he, he went there this summer, essentially had to grovel, please do something about oil prices. Release more oil. Help us out here. We need it. The world needs it. We’re all counting on you. And Saudi Arabia finally came back within the last week or so and just said, no, we’re actually gonna cut production. We’re gonna, we’re gonna dry, artificially drive prices up because that’s in our financial interest. So go to hell, basically.

Mike Papantonio:             Well, okay, so our go to hell with them is, we’re not gonna sell you anymore weapons. We’re not going to let your kids come over here and train how to fly F-35’s and use all our sophisticated aircraft. We’re not gonna allow anymore. We’re not gonna spend all the money we’re spending to defend you against all the people who hate your guts right there in your, in your backyard. We’re not gonna do any of that. And oh, by the way, if we find an alternative oil source, we’re gonna tap into that. There’s all kinds of ways we can punish ’em. I love to see Biden getting mad about it because they embarrassed him, Farron. It was the most embarrassing scene I can, that, that this guy’s, that he’s experienced.

Farron Cousins:                  But he didn’t. He, he bowed down to them just like every president before him. And finally he’s back to that, okay, you know what? You want to get tough. Let’s get tough. And every single thing you pointed out should have been done 20, 22 years ago. It, it shouldn’t be happening now. It should have been something that was decades ago.

Mike Papantonio:             How about if we found, how about it should have been done when they murdered 3000 people on American soil and we knew that the Saudi family was involved in the murder of 3000 Americans on American soil. We didn’t do anything. We should have done something when it was very clear that, that, that they’ve lost leadership and they murdered Khashoggi. We should have done something then. There’s time after time where we’ve said, why have we not taken steps? These, these people are awful.

Farron Cousins:                  The, the money for the terrorists that they’re funneling through all these banks. The list is endless. The human rights abuses they’re doing to their own people. I mean, that should have been the massive, you know, red flag number one. There’s any one of these things that we could pick to say, we should be done with you forever.

Mike Papantonio:             Farron, with all the stories that you’ve done on the Royal family in Saudi Arabia, is there any, is there any even scintilla of doubt in your mind that they feed that international terrorism machine, any doubt?

Farron Cousins:                  They’re doing all kinds of horrendous things in their neighboring countries. And we, we allow it just because we want the oil and we want their money for the weapons they buy.

Mike Papantonio:             Okay. The punk prince, the mutt. I call him the mutt. The mutt says, well, we, we, we have to do this because we can’t let our profits fall too short, too, too far because I’m building a $500 billion futuristic city. Have you followed that part of the story?

Mike Papantonio:             He says, that’s why we have to do this because I have to have money to build my $500 million futuristic city. Chances are lobbyists are gonna take over here on behalf of Saudi Arabia. He’s gonna cave in. It’s gonna be business as usual tomorrow. And the unfortunate thing is, for some reason, we can’t quit Saudi Arabia and we need to. We need to let, if the Iranians wanna come and bomb the hell out of them, we need to stay out of it.