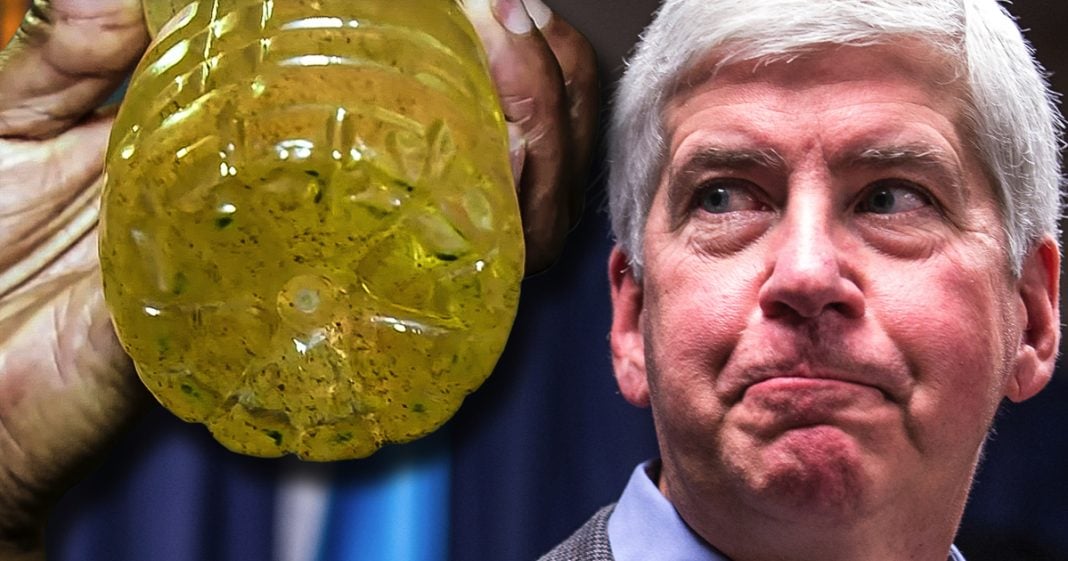 Mike Papantonio:             A judge in Michigan has dropped the criminal charges against seven officials involved in the Flint water scandal. Wow. Okay. So here, so here’s, here’s the headline here. The headline is, these politicians made decisions, specific decisions about where the water supply was gonna come from. They knew when they made, and they, they made it because they said, well, we’re reworking the, we’re, we’re reworking the main supply right now, so we’re gonna put you the secondary. They knew secondary was completely contaminated, not just with lead, but all types of chlorine oxide, you name it. It was in that water. Caused, caused people to die.

Farron Cousins:                  Yeah. It did. Multiple people died of Legionnaire’s disease that these public officials who just had the charges dropped against them, they knew Legionnaires was in the water. They knew it was going to kill people, and they hid that information from the public. They have documents, they have tests in their hands that are telling them people are gonna die because of what you did. And they still said, well, let’s hide this away so nobody knows. And then this judge who, who is an, an elected judge.

Mike Papantonio:             Yeah. And her rationale was ridiculous. Okay. Her irrational is ridiculous. Look, the state has a constitutional system that they use. It’s a way that you bring about charges. You don’t, some, you don’t sometimes strike, you know, a six to 10 member grand jury. They have a system that in the right circumstances, a judge can sit as a, as the person who reviews the facts and says, yes, there’s enough here for an indictment. That’s what happened here. This judge says, oh, that’s horrible. It’s a star chamber. Well, if it’s a star chamber, they should change it. The legislature should change it in Michigan. But right now, it’s a way that you can bring about an indictment. So that’s what they did. And this judge says, oh, no, this is all based on, this is all based on a bad indictment. And all these people walked. They killed people. It’s no different than manslaughter. That’s what it is. It’s absolutely manslaughter. And they let ’em walk. Nobody cares.

Farron Cousins:                  Yeah. And, and, and it’s even worse too, because you had the original Attorney General of Michigan, it was a Republican at the time, investigating Republicans. Before he leaves office, he says, I’m gonna put people in prison. Then you had the Democrat, Dana Nessel take over.

Farron Cousins:                  Well, well, she’s a Democrat going after Republicans and still stands up for ’em. But this whole thing is a bipartisan failure.

Mike Papantonio:             And Nessel made some decisions that were pretty close to just being pure political favor and payback.

Mike Papantonio:             Yeah, well, she may be. The truth is, there’s still time to bring charges. There’s still time to bring these charges. They still have a chance to do something about it. Otherwise, you’re just letting people that, that look, it’s no different from somebody drinking a fifth of Jack Daniels and driving 90 miles an hour through a school zone. Okay. If they kill somebody, that’s, that’s a step up beyond manslaughter. This is manslaughter. And they knew exactly what they’re doing and they tried to hide it and, and hundreds of people, hundreds of people are dead.

Farron Cousins:                  But, but back to Nessel, just a moment because I know you’re gonna love this. Nessel is constantly on the, the corporate media. She’s brought out there as this hard scrabble Democratic Attorney General. She’s letting people that got people killed off the hook. This is not a hero of the Democratic party.