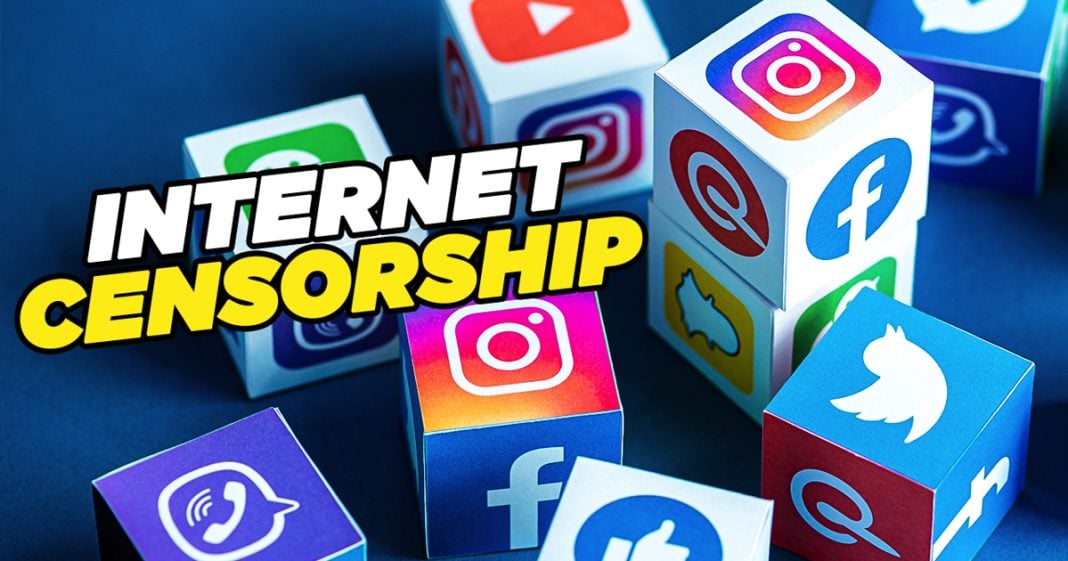 The Supreme Court is set to hear a case this term that could dramatically change the internet forever. Mike Papantonio & Farron Cousins discuss more.

Mike Papantonio:             The Supreme Court is set here a case this term that could dramatically change the internet forever. Ring of Fire’s Farron Cousins joins me now to talk about what’s happening. Case is long overdue, man. I mean, this is, there has to be you, you have a division, obviously. You’ve got conservatives that say, well, anything goes. And then you’ve got liberals that say, if we disagree with what you say, we’re not going to, we’re gonna censor it and we’re not gonna show it. Those are the kind of, the polarized avenues here. Supreme Court has to decide though, what happens when the social media understands that people are being harmed, murdered, raped, kidnapped by the things that they post. And they clearly know with that, take the algorithms out, they clearly know that what they’re posting is causing all that. What’s your take?

Farron Cousins:                  Yeah. This particular case is absolutely horrendous. You have a young woman that was murdered by terrorists, and in the social media feed of the individual that did the killing, there were always recommended videos put out there by Isis. So it seems pretty clear you’ve got people being radicalized because there’s no regulation over what is allowed and what is not. And you actually have both Democrats and Republicans, like you said, they do have two totally different positions.

Farron Cousins:                  But they’re both in agreement that we gotta do something about Section 230, which is Section 230 in case anybody doesn’t know, say you are not liable as a platform for what goes out on your platform.

Farron Cousins:                  And when you look at the details of this case, obviously it’s hard to say that, no, we should let people post whatever. But repealing Section 230, in my opinion, also could lead to just broad censorship across the board. And that, that’s what scares me a little bit about this.

Mike Papantonio:             Here, I’m, I’m looking at it as a lawyer would see it. Okay. First of all, the numbers of cases that we’re finding with human trafficking that are completely related to the conduct of, of the internet, social media, the numbers of cases where we’re seeing people bullied to the point that they’re committing suicide, completely related to the conduct of social media. Now, here’s the point. If you’re gonna make a profit, that’s okay. Make all the profits you want, but don’t come to court when I have them in court and I’m saying, you posted this, you, it was foreseeable that what you posted was gonna cause this child to go out and commit suicide. That you knew that. Anybody with a brain should know that. So don’t come to court and say, hey, we have a sophisticated, sophisticated algorithm system. Don’t tell me that. Put human beings involved in that process. And if it’s too expensive, then by, you’re gonna have to make less profit.

Farron Cousins:                  And the thing that worries me about removing Section 230 altogether is that if that happens, you will have social media companies that overreact, and that’s where the exiguous censorship would come into play. They would look at anything, you know, even political content saying, well, you’re a little extreme here. We have to ban you from our platform. Oh, this, we can’t really go after. We’re gonna ban you from our platform. And so that’s the slope that we have to avoid, but we have to do something about, about the problem too.

Mike Papantonio:             Right. Well, it’s, it’s a tangible problem. I mean, you know, as you know, you know what, what I do and what this law firm does, we are in the middle of these cases all the time, and we always have some cat saying, well, we got an algorithm system. It seems to work for. You know, that’s ridiculous. They’re in the, this is, these are companies that make a profit. Okay. Big, big profit.

Mike Papantonio:             Billions in profit. So if you say to them, I’m sorry, you’re gonna have to change what you’re doing, and you know what, It might cost you some money. You might make less profit. But if human life is at risk, I mean, what 130 people were attacked.

Mike Papantonio:             130 people attacked by, by Muslim jihadists, you know, that just said that, and they, and the social media promoted what these folks were talking to each other about.

Mike Papantonio:             There’s gotta be an in between position, because right now, to give them a free ride just because they’re social media and they don’t wanna spend the money bringing in human beings to make decisions like this, rather than computers, I don’t buy that and it’s not gonna work in court.