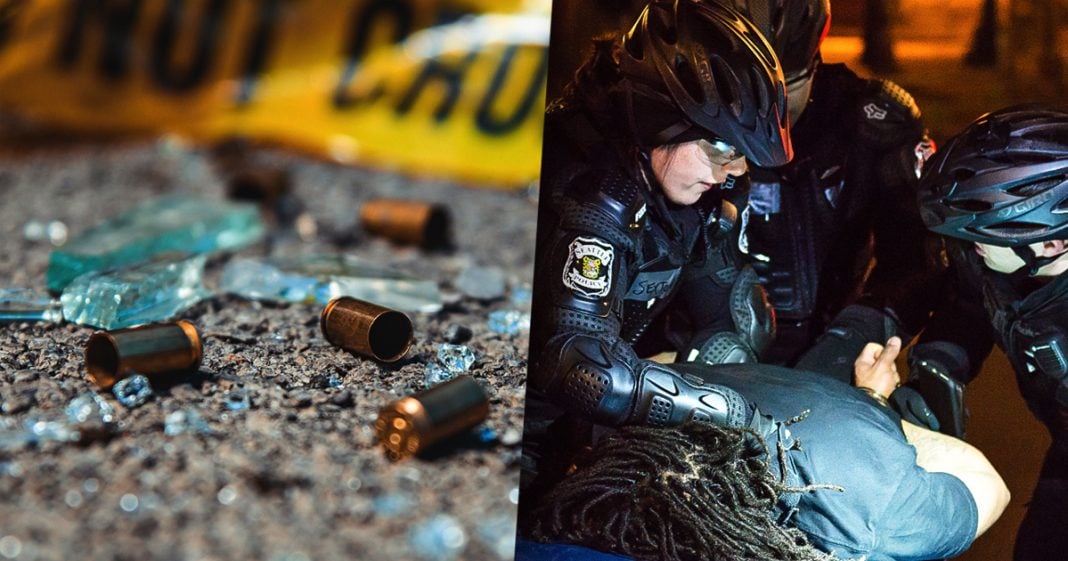 Farron Cousins:                  Yeah. You know, the NPR folks went through, they looked at the crime statistics for this year, last year. Things are rising, you know, murders are rising, violent robberies, violent crimes, sexual assaults, all of it is going up. There is no denying that. You may wanna pretend that that’s not an issue, but it is. And that’s what NPR is talking about here. They’re saying, listen, the raw data shows us how bad things are. And a lot of it is happening in cities that have Democratic mayors. Again, it’s an unfortunate fact.

Mike Papantonio:             You have a good analysis on why, why this happens. I mean, it’s, it’s not something that you can put into a commercial and people really understand.

Mike Papantonio:             But the truth is, the Republicans now have this thing to work with and, and, and it is, they’re beating the hell, beating the Democrats in places like LA, New York. They’re, they’re, they’re, they’re taking what’s happening in LA, New York, San Francisco, Oregon, name it where the crime rates are off the chart. And they’re saying, well, is it a coincidence that Democrats are in charge or is there a connection? Now if you really do the analysis that if you look at the red states, the crime in the states probably are high, just as high or higher. But it’s, again, it’s the, it’s, it’s, it’s the optics man. What’s probably the truth behind it? I mean, really, if you really analyze what’s really going on, what is it?

Farron Cousins:                  I, I think a lot of it has to do with rising inequality here in the United States. I think that’s, you know, definitely issue number one. And I think number two is the fact that we got a prison system that is not focused in any way on rehabilitation.

Farron Cousins:                  And all, all it is is, okay, you gotta go stay in Club Fed for, you know, 10, 20 years, maybe less. But now we gotta get you out because we want to throw all these kids in there who were caught with pot. So you put the violent people out, you let the non-violent people stay in jail.

Mike Papantonio:             And there’s people, you know, that the truth is, the truth is, my take on this is what are the optics? How are the Republicans using the optics of all of it? And I think it’s effective. They’re tying it into the defund, defund the police. They’re hanging that around the, it wasn’t the Republicans saying defund the police. It was the Democrats. So you’re in a city and we’re, a city that by the way, may be offering 40,000, 30 to 40,000 signing bonuses to police. Did you see this material?

Mike Papantonio:             Yeah. Offering 30,000, 40,000 signing bonuses to police because there’s so many resignations. Nobody wants to move into it anymore because of the defund, the defund the police movement. So, I mean, the optics are really bad for the Democrats. And I think they have to, I think they have to hit it head on. I don’t know what they do. What, what do they do?

Farron Cousins:                  Well, I mean, look, if you want to talk about crime, if you’re a Democrat wanting to run some ads to counter these, uh, you can show footage of January 6th. I think that’s a pretty good optic right there to say, these are the people that they think this crime is okay.

Farron Cousins:                  So that’s one way to counter it. But at the same time, work on your message a little better. You know, defund the police became this blanket statement that.

Mike Papantonio:             Yeah. Never. And they, the, the Republicans again, have hung this around and NPR says, you might not like what we’re about to say, but it’s a big deal in midterms. It’s going to rock the world in midterms.

Mike Papantonio:             That’s all for this week, but all these segments are gonna be available this coming week right here on this channel. And you can follow us on Twitter @AmericasLawyer. I’m Mike Papantonio and this has been America’s Lawyer, where we tell you stories that corporate media won’t tell you because their advertisers don’t let ’em, or their political connections are so one, one-sided that it doesn’t allow for it. We’ll see you next time.